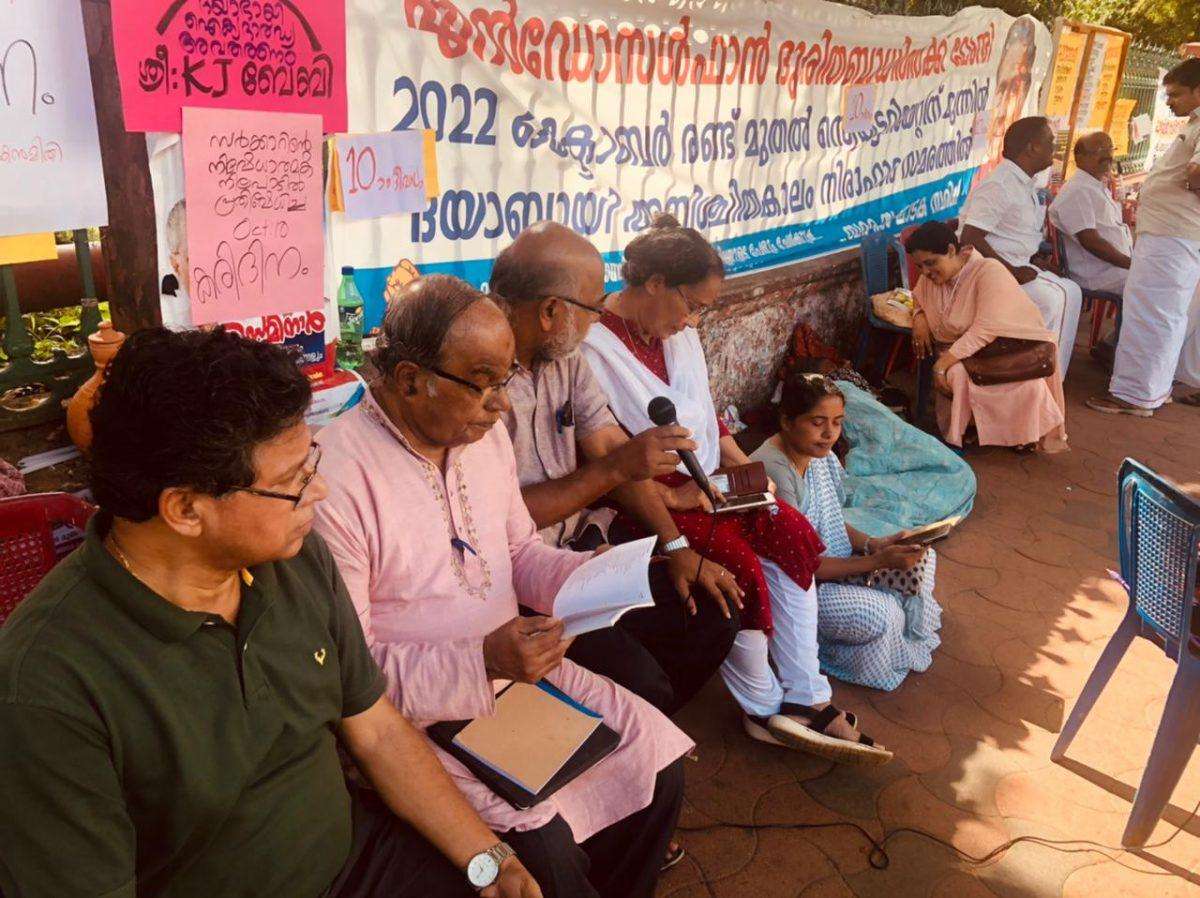 In solidarity with those endangered by environmental hazards

On Oct. 11, 2022, I joined the Forum Kerala Unit in visiting 81-year-old Daya Bai. Daya Bai is a renowned social activist who is on a hunger strike in front of the Kerala secretariat, Thiruvananthapuram, seeking justice for the victims of Endosulfan in Kasaragod.

Over 20 years of aerial spraying on cashew plantations in Kerala and other states has left many with mental and physical disorders. Studies have established linkages between the aerial spraying of the pesticide and the growing health disorders in Kasaragod district.

A team of religious women and priests who work for social causes visited Daya Bai on the tenth day of her hunger strike to express solidarity with the victims of the Endosulfan tragedy.

Meeting Daya Bai, the woman who truly follows the path of Jesus of Nazareth by seeking those on the margins was an inspirational moment to me. In her feeble interaction with us, Daya Bai mentioned that if her death or life-giving sacrifice can bring about justice for the victims of such an environmental hazard that would be the greatest love she can give to people and Christ.”

Various groups, individuals, and forums are concerned over her deteriorating health and have appealed to the state government to save the life of Daya Bai and ensure justice for Endosulfan victims. 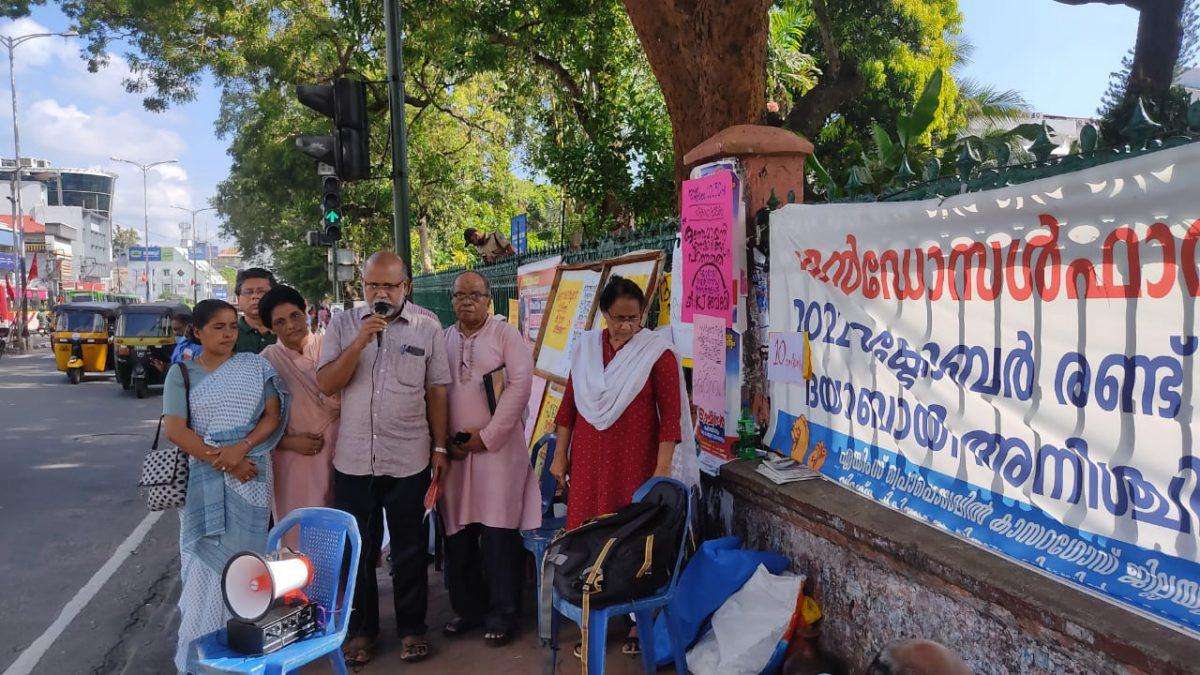 We then went to be with the fisher folk who are protesting against the construction of the International Transshipment Deepwater Multipurpose Seaport in Kerala’s capital Thiruvananthapuram. It is the 84th day of their protest. The fishing community is now largely supported by the Catholic Archdiocese of Thiruvananthapuram. It was another challenging experience for all of us.

At this time of history, there seems to be more focus on growth, development and globalization than on environmental degradation and the loss of livelihood of the fisher folk of Thiruvananthapuram. The majority of the fisher folk are Christians and under the guidance of the Latin Archdiocese and 16 other environmental forums began to raise their voices. It can be said that this fight is similar to David’s struggle to Goliath, they are against the mighty State Government and Richest Corporate body.

We spent five hours with them, singing songs, slogans, sharing their meal, and giving words of courage. The protesting poor felt that our presence was a morale booster for them. They were encouraged by our expression of solidarity. Representing a team that works against any type of exploitation on the marginalized or the environment, we felt that our presence at these two environmental concerns is truly Christian.