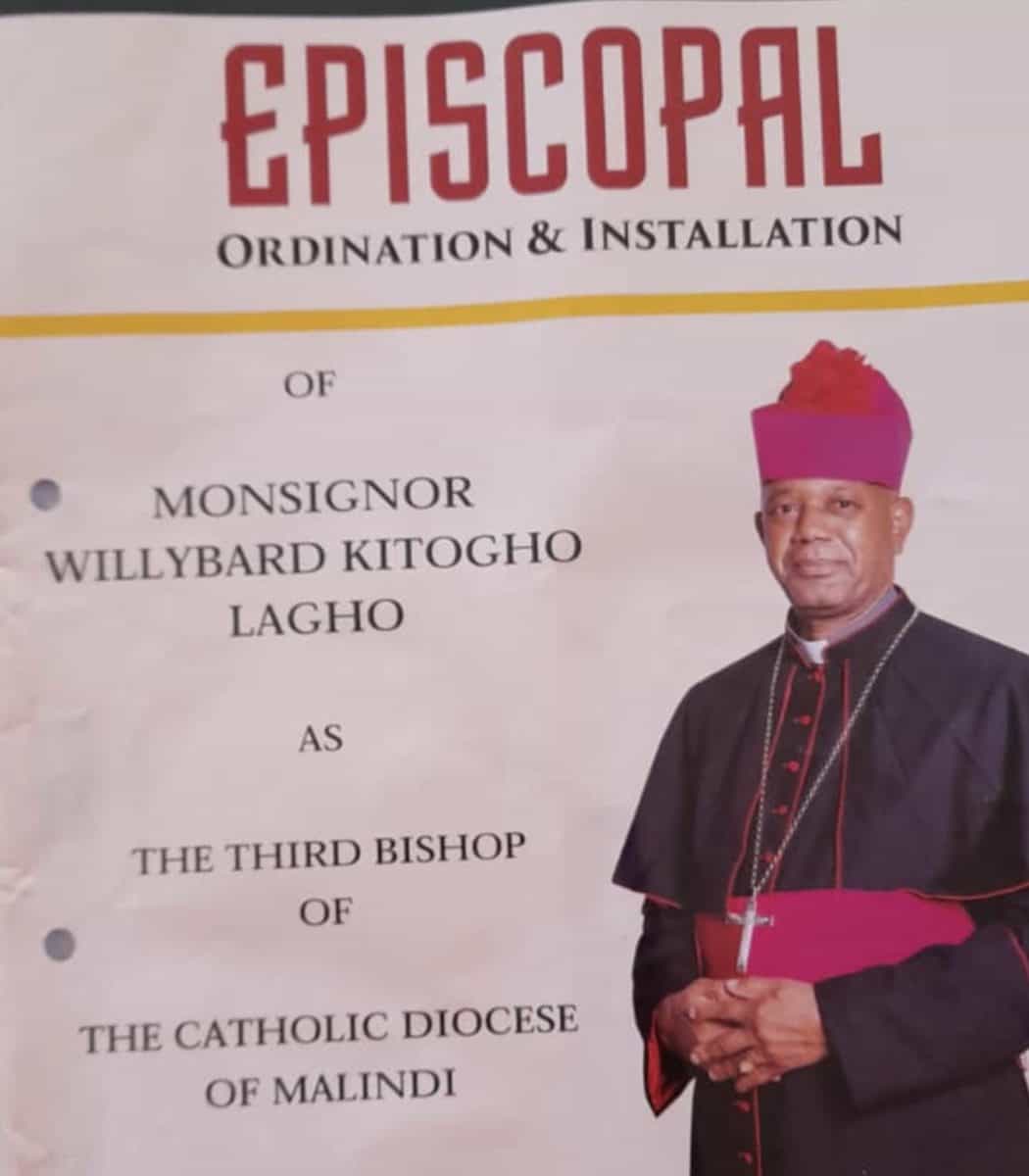 Monsignor Willybard Kitogho Lagho was ordained as the third Bishop of the Diocese of Malindi on March 19, 2021, at St. Anthony’s Cathedral at Malindi. Sister Vinaya Chalil and Sister Philomina Hembrom were fortunate to be part of this celebration on 18th the welcoming of the Bishop-elect and 19th the installation.

Following the sudden demise of Bishop Emmanuel Barbara, OFM Cap. on Jan. 05, 2018, the Malindi Diocese has been under the administration of. Father Albert Buijs, a Mill Hill Missionary. On Dec. 28, 2020, the Holy Father appointed Father Willybard Lagho as the new Bishop of Malindi. At the time of the appointment, he was serving as the Vicar General and Head of the Secretariat in the Archdiocese of Mombasa. 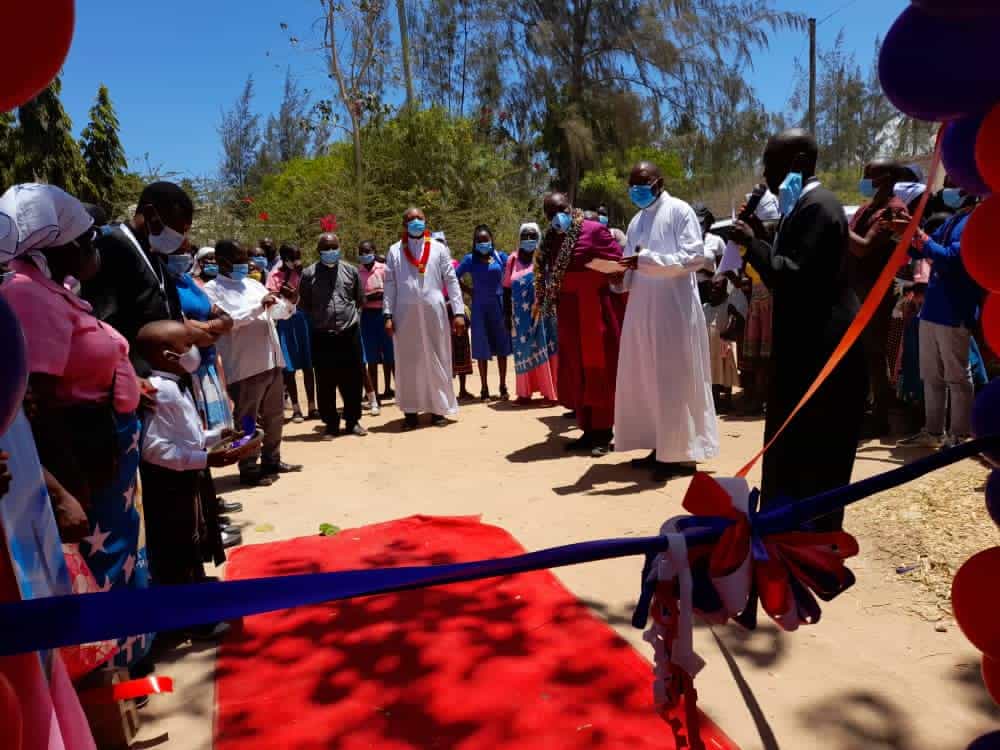 Due to the spread of COVID-19 in the country, the Government tightened protocols and it affected the function. The celebration had to be limited to 600 people. On the 18th a big delegation from the Archdiocese of Mombasa headed by the Archbishop Martin Kivuva Musonde, the Archbishop of Mombasa brought the Bishop-elect to St. Michael Catholic Mission, Mida, the mission bordering Malindi and Mombasa diocese. The Malindi delegation assembled at Mida Mission welcomed the Bishop-elect. Administrator Fr. Albert Buijs received the Bishop-elect from the Archbishop. After cutting the ribbon at the decorated gate Bishop-elect signed the visitor’s book. This was followed by a short prayer in the church. Following the prayer, the Archbishop and the Malindi Diocese Administrator exchanged symbolic gifts. After lunch the whole group headed to Malindi to St. Francis Xavier Chapel. St. Francis Xavier is the Patron Saint of the Malindi Diocese. A small Chapel stands at the heart of the town on the sea coast at the beach. It is believed that St. Francis Xavier passed through Malindi en route to India in the year 1542. He was attracted by the pillar built by Vasco da Gama in 1498 in Malindi. It is believed that St. Francis Xavier built this small Chapel which was the first church of Malindi and Mombasa diocese. After a short prayer and blessing, the group headed for the Cathedral.

After the solemn vespers and blessing at the Cathedral. Following the Homely His Excellency Archbishop Hubertus Matheus Maria Van, Apostolic Nuncio to Kenya and South Sudan blessed the episcopal insignia of the Bishop-elect. Following this Bishop-elect took the Oath of Office and signed the document.

The episcopal ordination mass was presided by the Apostolic Nuncio concelebrated with 18 other Bishops and many priests from the Diocese of Malindi nd Mombasa. Covid protocol was very strictly observed throughout the event. No felicitations or programs followed the mass other than lunch for all the participants strictly 600 including the Government dignitaries.

Sisters of Charity of Nazareth felt privileged to be present on this occasion. It was late Bishop Emmanuel Barbara who invited the Sisters to the Diocese during their first exploration visit in December 2017.