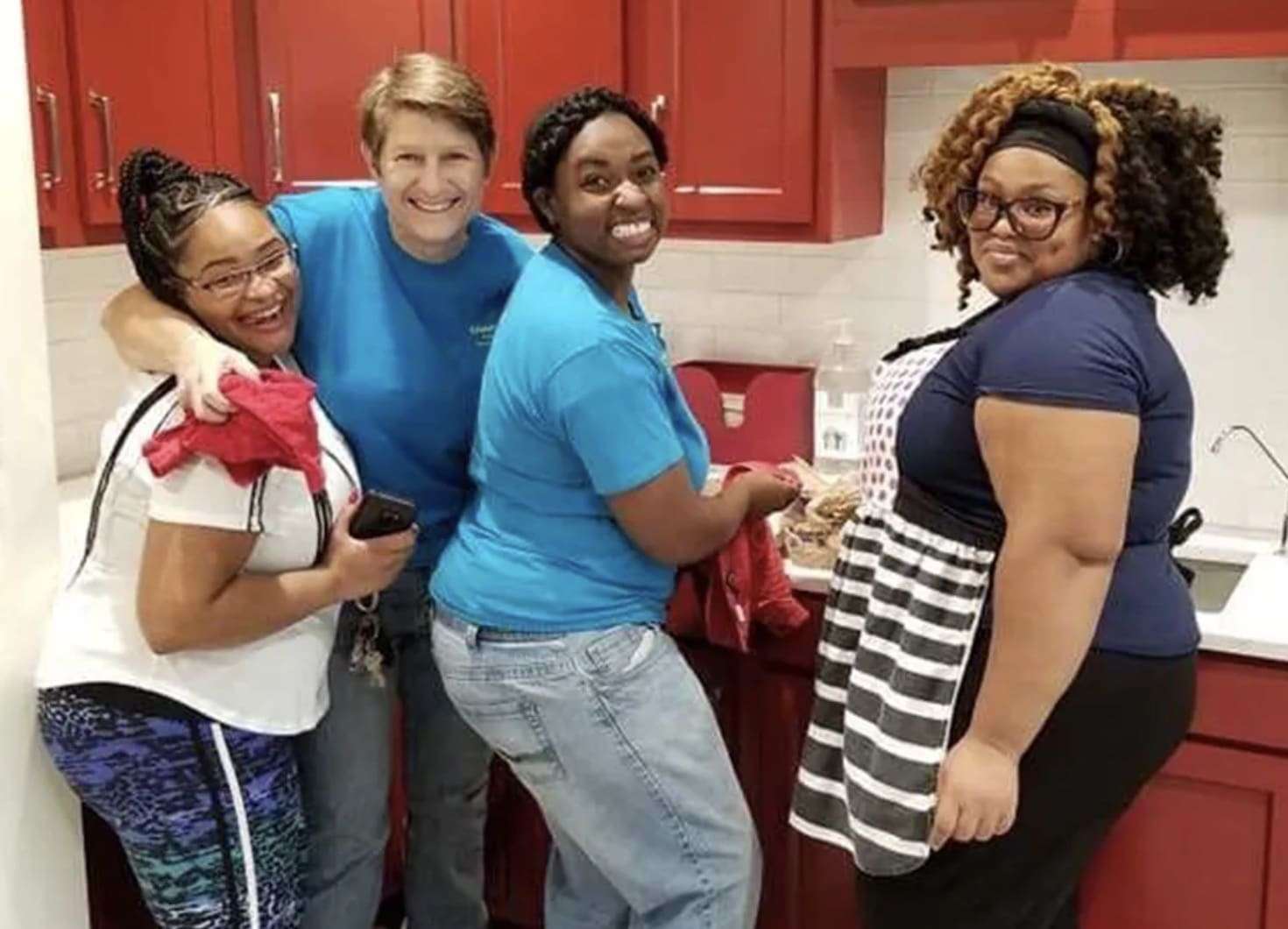 Published by The Record

While the Sisters of Charity of Nazareth are generally aging here in the United States, young laypeople remain engaged in their work.

Charity Alive is a group for young men and women, between the ages of 18 and 35, whose mission is to build and maintain a relationship with the Sisters of Charity of Nazareth. The group meets for fellowship and service work throughout the year. They also meet with the sisters for prayer on their Nazareth, Ky., campus.

Sisters of Charity of Nazareth Luke Boiarski and Nancy Gerth serve as facilitators of the group. One of the young adults, Andreiona Williams, was recently appointed coordinator.

“They are great young people looking to connect to something and have meaning in their lives,” said Sister Boiarski during a
recent interview.

The group was formed in 2012 when two young women approached the sisters and asked to start a group that would be associated with the congregation, said Sister Gerth. The young women said they felt “called” to start such a group.

The group has attracted a diverse group of young men and women, not only from the Catholic tradition.
TaNáa Griffin met the sisters about seven years ago through a service project at Spalding University. Griffin said she knew right away she wanted to be a part of the group.

“I love being around the sisters,” said Griffin during a recent interview. “It was their love and compassion for other people that I was drawn to.”
Griffin, who is a member of First Virginia Avenue Missionary Baptist Church, said she had an “instant spiritual connection” to the sisters despite coming from a different faith tradition.

“It’s a great experience to pray with them and have their spiritual guidance,” said Griffin.
She said being a part of the group changed her life. She not only found a “network of friendship” with the sisters “It helped me to find my life’s purpose,” said Griffin, who chose a career in social work.

Amelia Kolb, another member, met the Sisters of Charity of Nazareth as a student at Presentation Academy. She graduated in 2015 and a couple years later traveled to Belize with the sisters. Kolb said she met Sister Boiarski on that trip.

“Sister Luke invited me to attend an event with Charity Alive. After meeting the members, I knew I wanted to be part of its mission,” said Kolb. “I love how Charity Alive offers an environment for young adults to cultivate charism in our everyday lives and feel the support from the group within that mission.”

Kolb said the group’s members are diverse, but they’re connected by the “desire to serve others and Christ.”

Kolb is currently serving as an English language teaching assistant in Mexico through the Fulbright program.

Sister Gerth said the Sisters of Charity have a tradition of serving with lay people to carry out their mission.

It’s no different with Charity Alive, she said. Sister Boiarski said partnering with groups like Charity Alive may even be the future of religious life.

“I feel it’s going to be the future, a new way of being in religious life,” she said. “It’s the new way. We need to look at the signs of the times. It won’t replace it but add to it.”

Sister Gerth agrees that the times are changing.

“We don’t have any idea what it’ll look like. Everything is expanding, our definition of collaboration and partnership,” she said. “We’re finding more and more that things are connected on a human level and on a global cosmic level. There’s a new awareness of connection.”