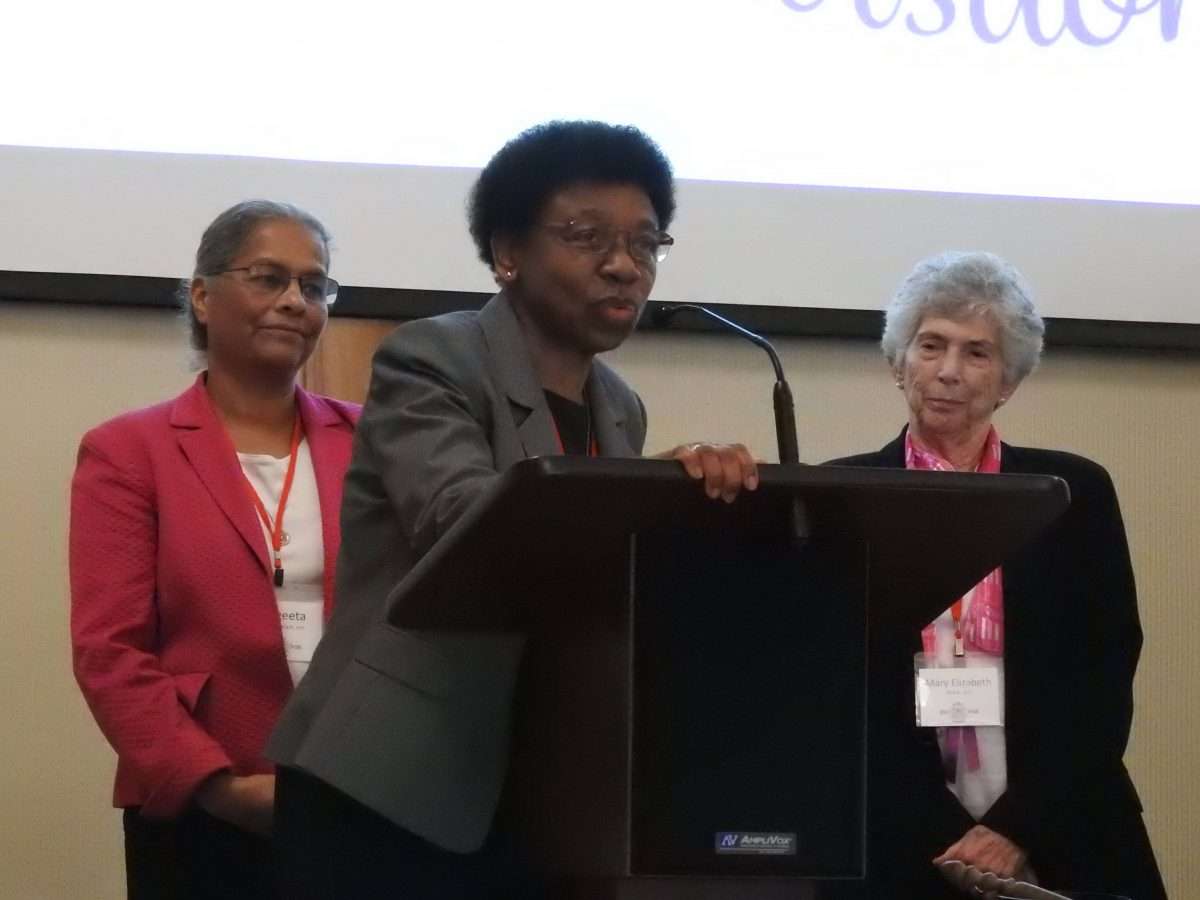 Thursday afternoon began with the weaver woman who lit the fire pot and tended to her wheel. The Prayer Committee led the Assembly through a moment of silence and prayers. The Constitutions were held in reverence as the Western Province Guiding Statement was read.

The day ended with Eucharistic Liturgy in St. Vincent Church.