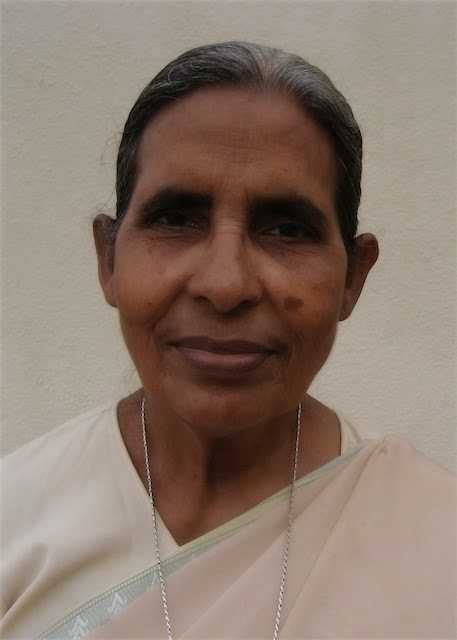 Sister Xavier entered the Sisters of Charity of Nazareth on May 27, 1959, from Chengalam South, Kerala, India. Sister Xavier received a BA from Patna Women’s College, Bihar. Sister was trained in x-ray, lab technology, and culinary arts from Mumbai and Hindustani and instrumental music from Panchamari, Uttar Pradesh.

Sister Xavier served the sick as a supervisor for 18 years at the admitting office and dietary department of Nazareth Hospital, Mokama. She preached Charismatic retreats to God’s people for 31 years until her retirement from active retreat ministry in 2010. In the 49 years that she spent in caring for the sick and the spiritually poor, she touched thousands of lives and brought much consolation and joy.

Sister Xavier is survived by four brothers, two sisters, many nieces and nephews and her SCN family.