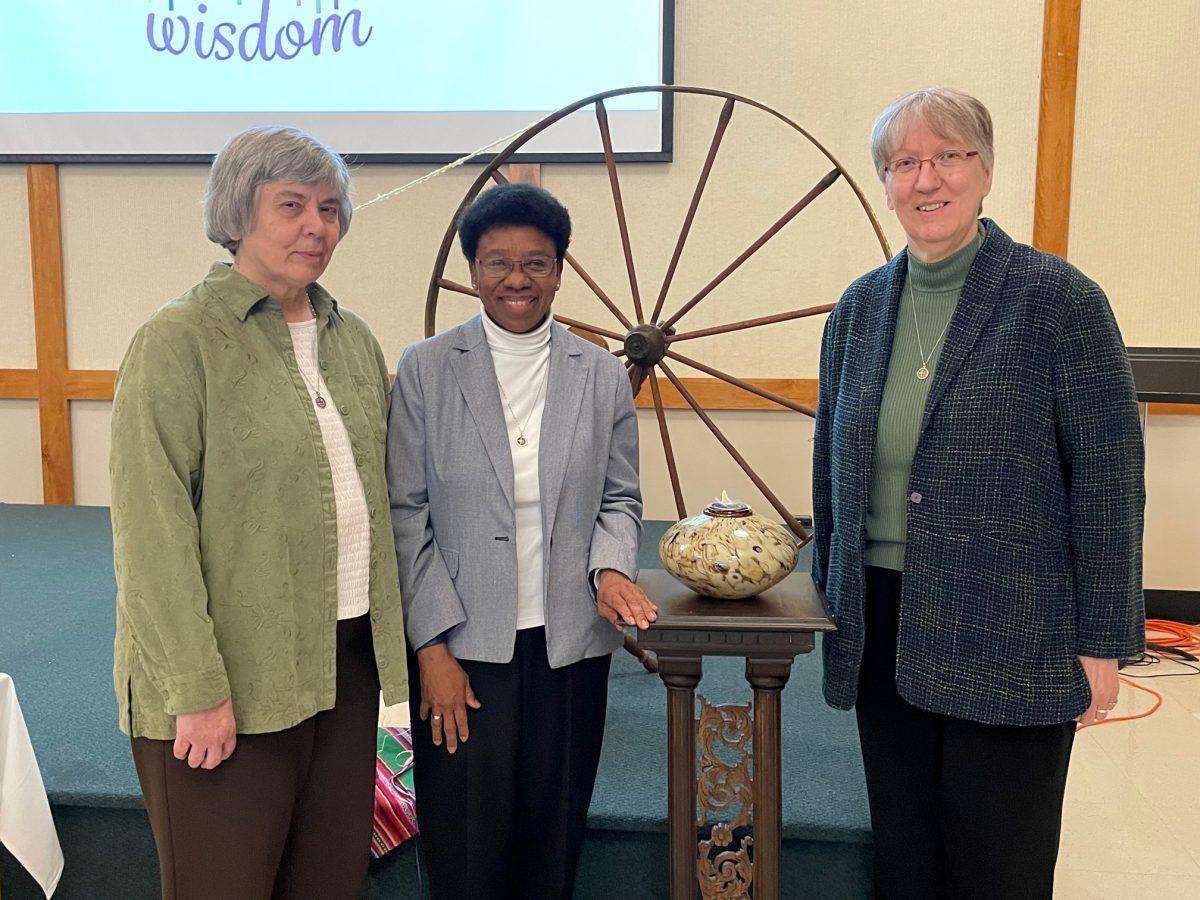 The Sisters of Charity of Nazareth have elected new leadership for the Western Province, comprising the United States and Belize. The three new leaders were announced during the province assembly held April 3-8 on the Nazareth campus near Bardstown.

Sister Barbara’s fellow Sisters described her as a “woman of wisdom” who is compassionate, has a spiritual presence, and respects and values each Sister, among other exemplary qualities. In her nomination, she was praised for her knowledge of the Western Province through her experience in other leadership roles, including her most recent position of Vice Provincial, to which she was elected in 2017.

Sister Barbara was born in Punta Gorda, Belize, and entered the Sisters of Charity of Nazareth in 1978. She made her first profession of vows in 1981 and her perpetual vows in 1988. Sister Barbara has taught students at the elementary through college level and holds degrees in Psychology, Education, and Religious, Theological and Cultural studies.

As a former Director of Religious Education and Superintendent of Catholic Schools for the Diocese of Belize and her past Western Province Leadership work, Sister Barbara is well equipped to lead the province in the coming years. Additionally, Sister Barbara served as Vice President of the Sisters of Charity of Nazareth from 2003 to 2008, and has been involved in vocation promotion and formation ministry for the Community.

“As I ponder the future, I sense tremendous hope among us with a deep desire to forge forward in re-envisioning new ways of keeping our Charity charism alive,” Sister Barbara declared in her discernment for leadership.

Sister Michelle was identified by her fellow Sisters as a collaborator rooted in Vincentian spirituality. Among the qualities listed in her nomination were her critical and creative thinking skills, resiliency and extensive experience with and knowledge of Sisters of Charity of Nazareth ministries.

Sister Michelle’s background includes recent work as Director of the Office of Congregational Ministries, a position she held from 2010 to 2021. She also served on the Western Province Board from 2009 until 2013 and as Director of the Department for Persons with Disabilities in the Diocese of Pittsburgh from 2001 to 2009.

Sister Michelle looks forward to working with the Central Leadership Team and with numerous initiatives and ministries that adhere to the Sisters of Charity of Nazareth’s mission in her Western Province Leadership role.

“I look forward to building and deepening relationships with Sisters and Associates, listening to the needs that arise, and together determining meaningful options,” Sister Michelle said in explaining her call to leadership.

For Sister Camille, the Western Province Leadership role offers an opportunity to serve further the Community she loves. A longtime educator of various subjects, mainly at the high school level, Sister Camille has teaching and administrative experience. She often dealt with change that accompanies adolescents and shifting academic and community needs in education. She has applied what she learned in those experiences to leadership roles elsewhere.

Sister Camille previously served with the Western Province Steering Committee, among other roles, and has witnessed the Congregation grow and change in exciting ways due to leadership efforts.

“From the very beginning, I have been energized by the focus on justice, women, care for the earth, and our global awareness and presence,” Sister Camille said of the Sisters of Charity of Nazareth community. She added the commitment she has witnessed from others has inspired her call to leadership and further her involvement in the Congregation.

Each Sister will serve a five-year term in their role. The Western Province Leadership accompanies leaders of the Bangalore and Patna Provinces of India and the Central Leadership Team in forming an executive committee to oversee the congregation and its global ministries. Provincial Leadership is elected at their respective assemblies and new Central Leadership will be elected next year.