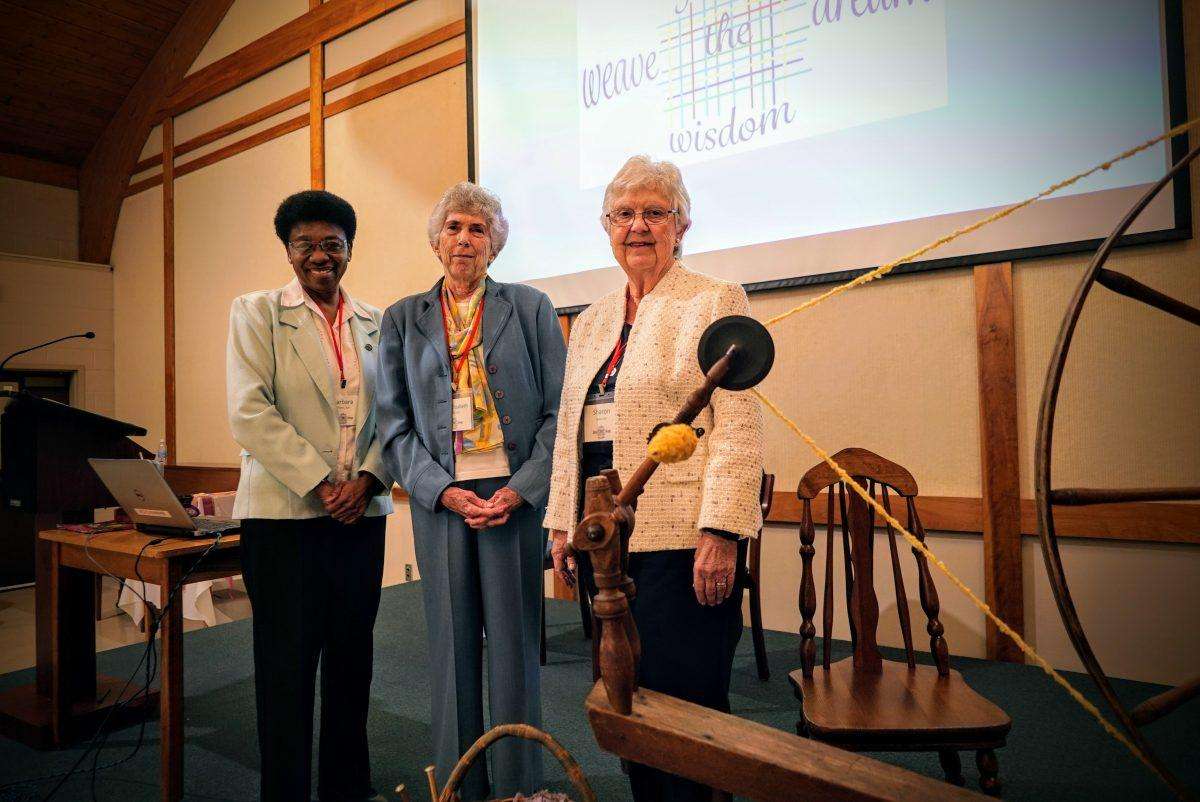 The Prayer Committee opened the day with a live singing of the Assembly Mantra. The weaver woman went to her spinning wheel and the elements: water, earth, air, and fire, were placed around the fire pot.

Provincial Mary Elizabeth Miller, who is chair for the day, read greetings received from around the Congregation.

Facilitator Marge Kloos, SCN, led a deep look into the Western Province Guidelines. She asked, “What has already changed, or is soon going to change, that calls our Province to prayerful communal discernment for our future?” and “What does our Province’s current reality help me embrace as I think about meaningful ways to live the charity charism?”

The day ended with a Remembrance Ritual and Gratitude Prayer. 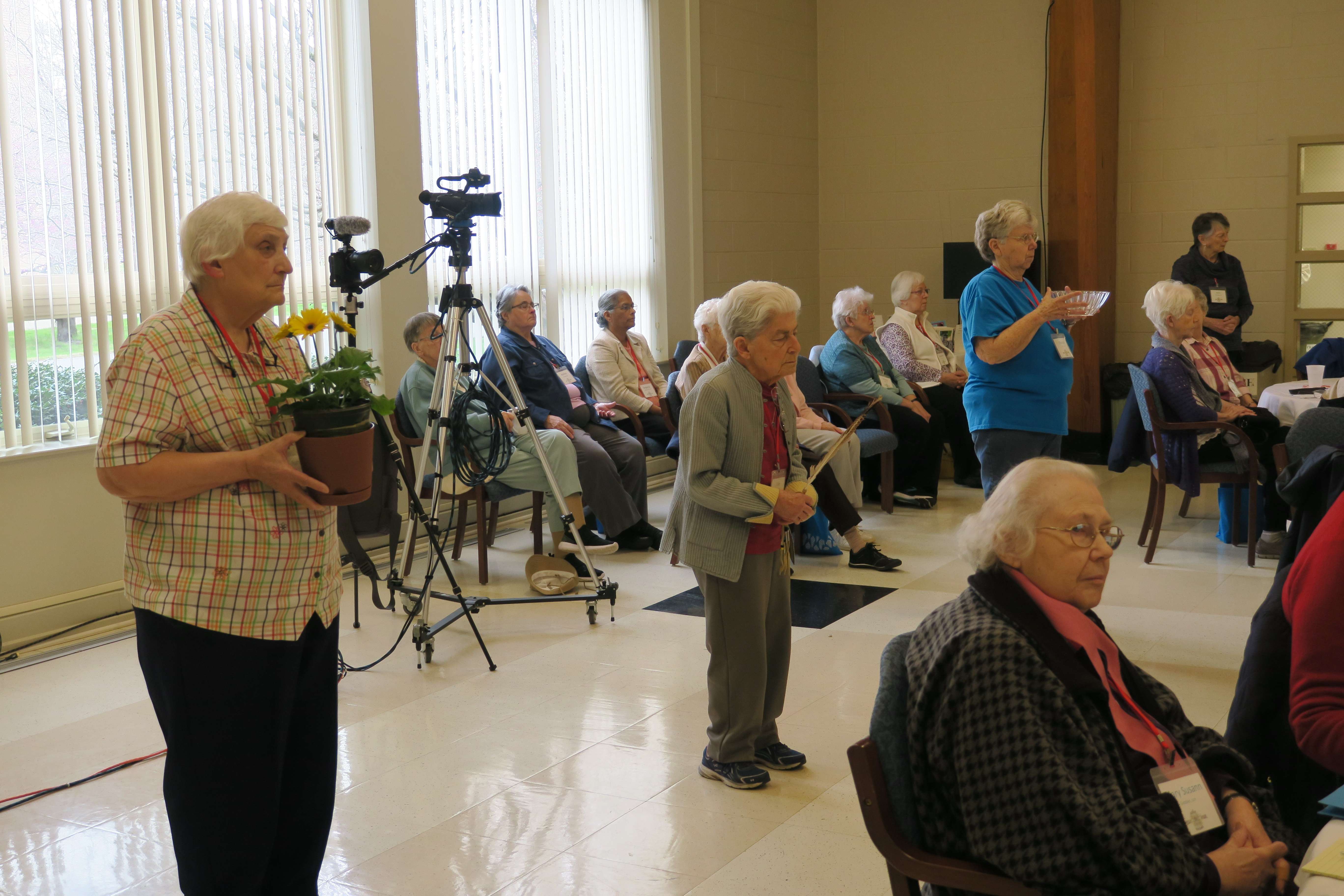 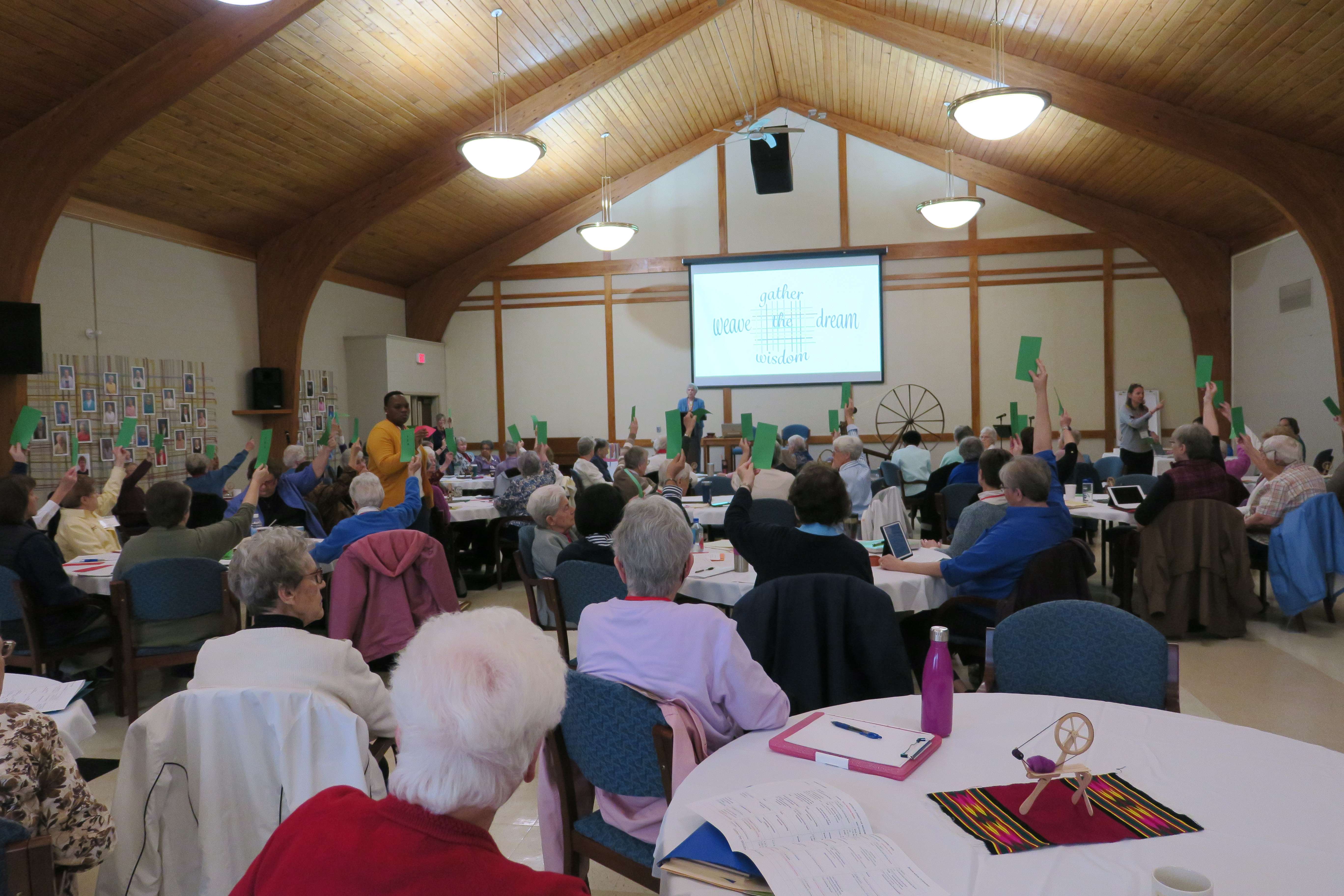 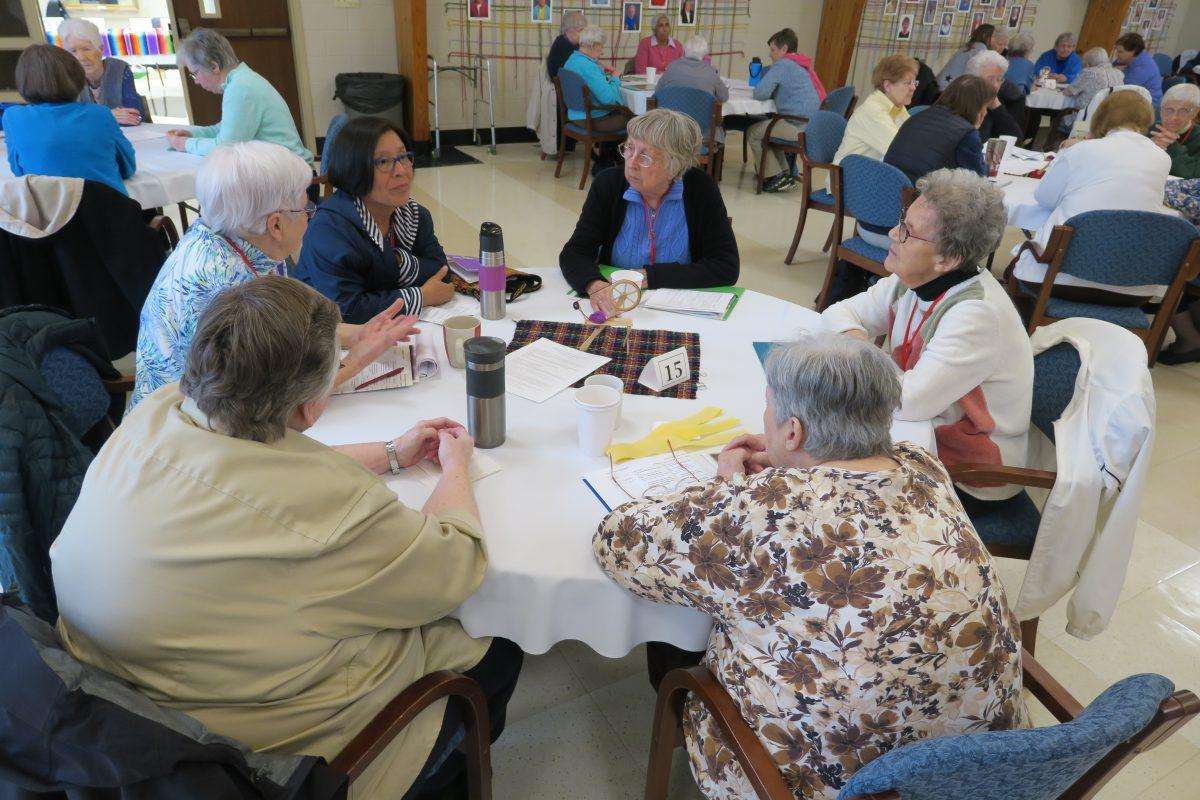