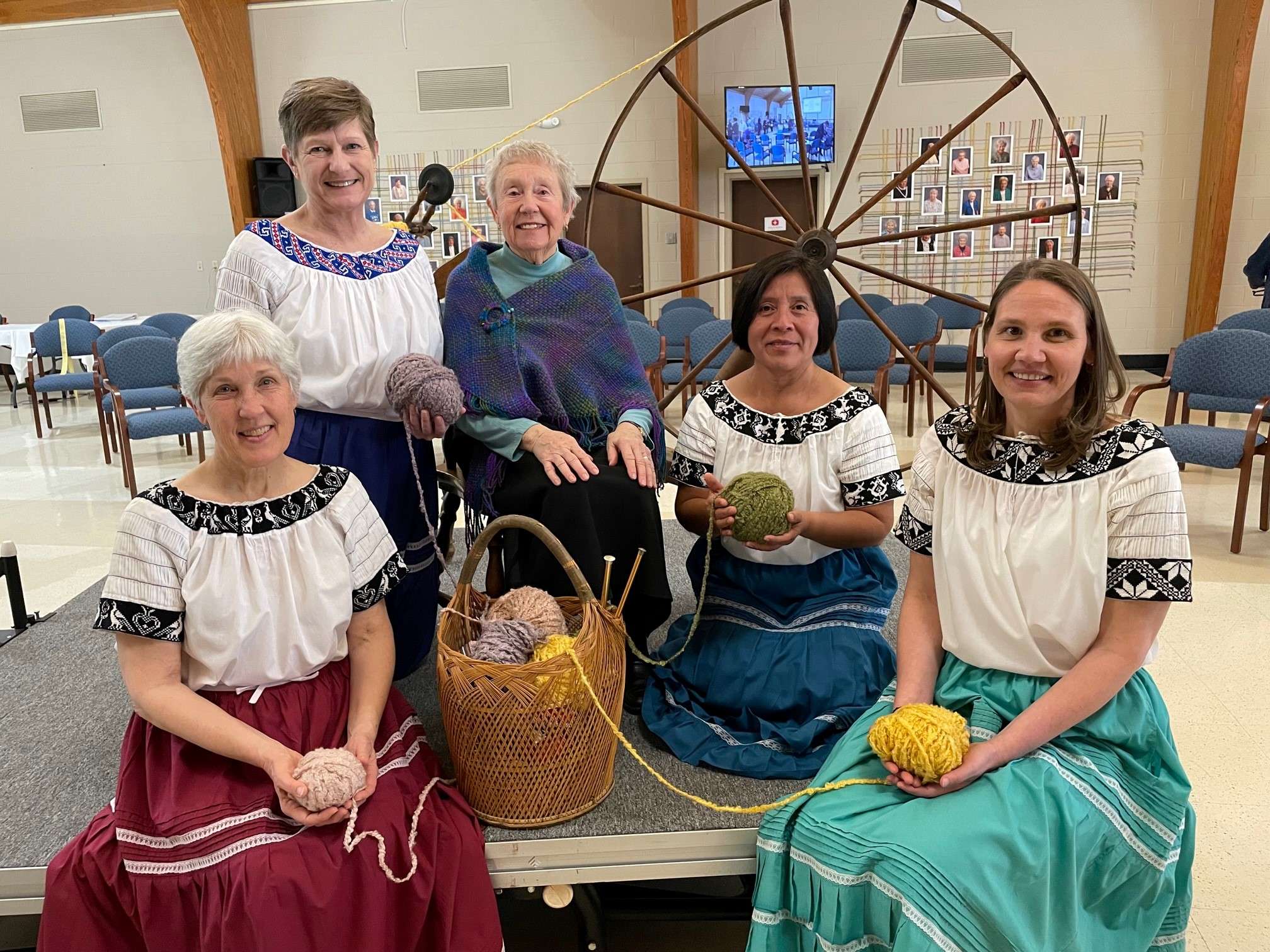 Gather the Wisdom
Weave the Dream

The Assembly was officially opened by Sister Mary Elizabeth. The Opening Ritual was led by the Prayer Committee, who weaved in the Assembly theme in a creative way. A “wise weaver woman” used her loom as her “apprentices” danced with yarn throughout the room, weaving the attendees together. Assembly Secretary Judy Raley, SCN, called each delegate by name.

The Assembly room walls are dressed with photos of the SCNs who have passed since the last Western Province Assembly. The 94 photos are woven together with yarn. 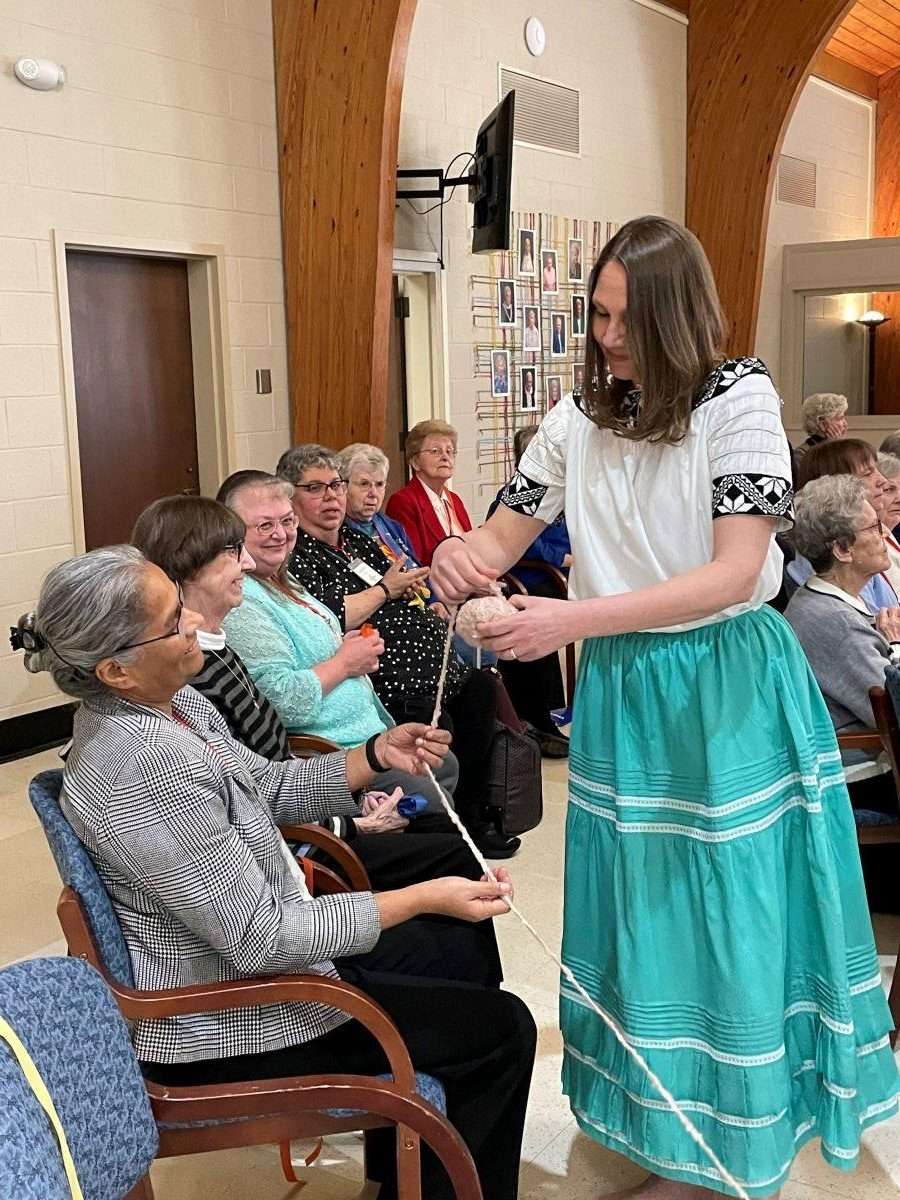 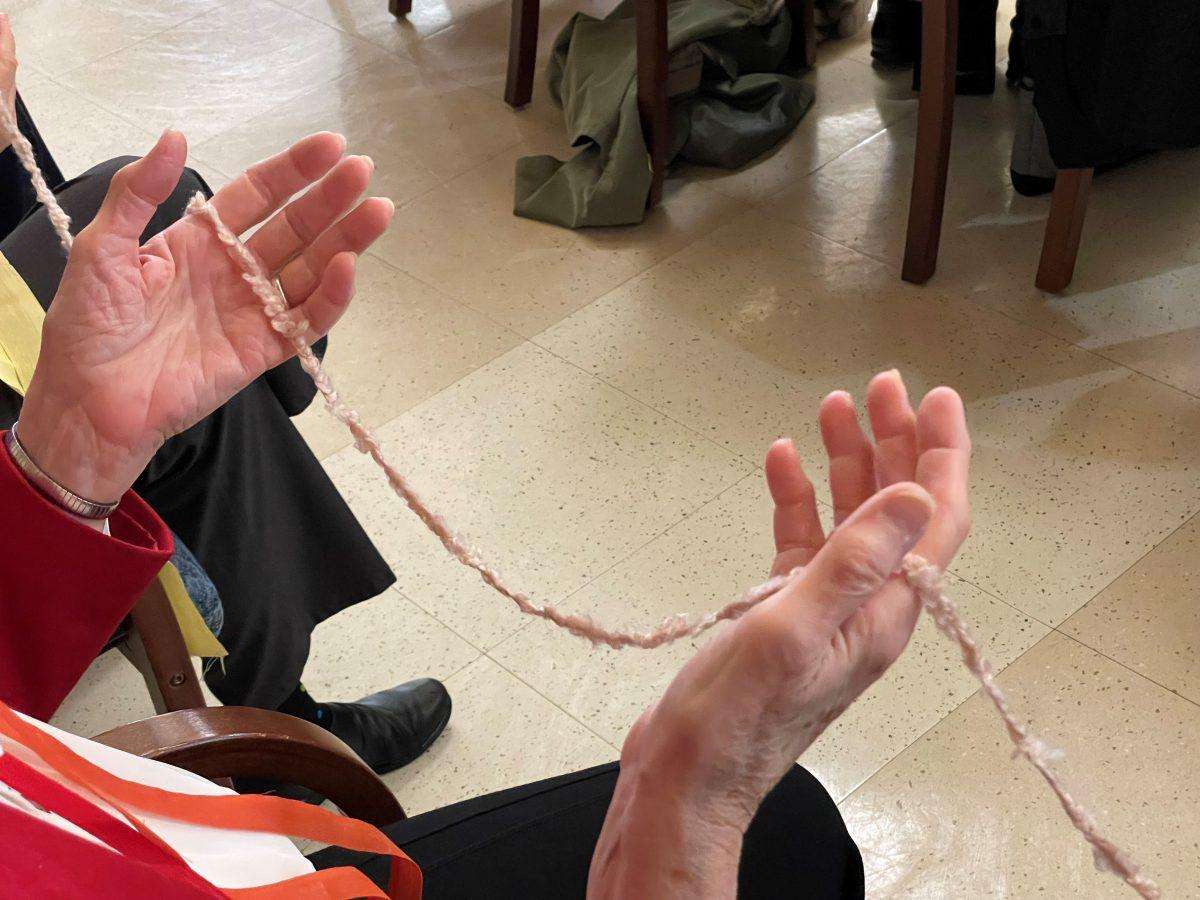 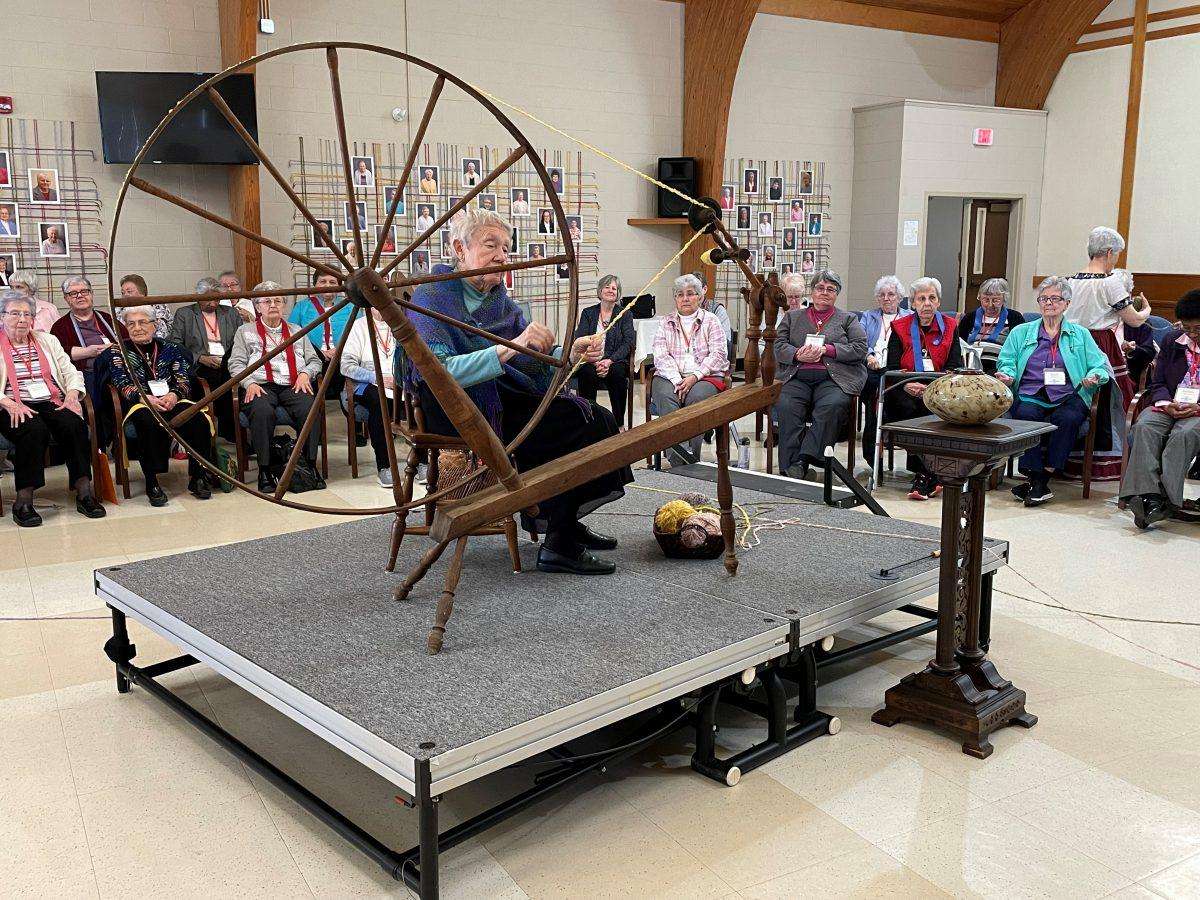 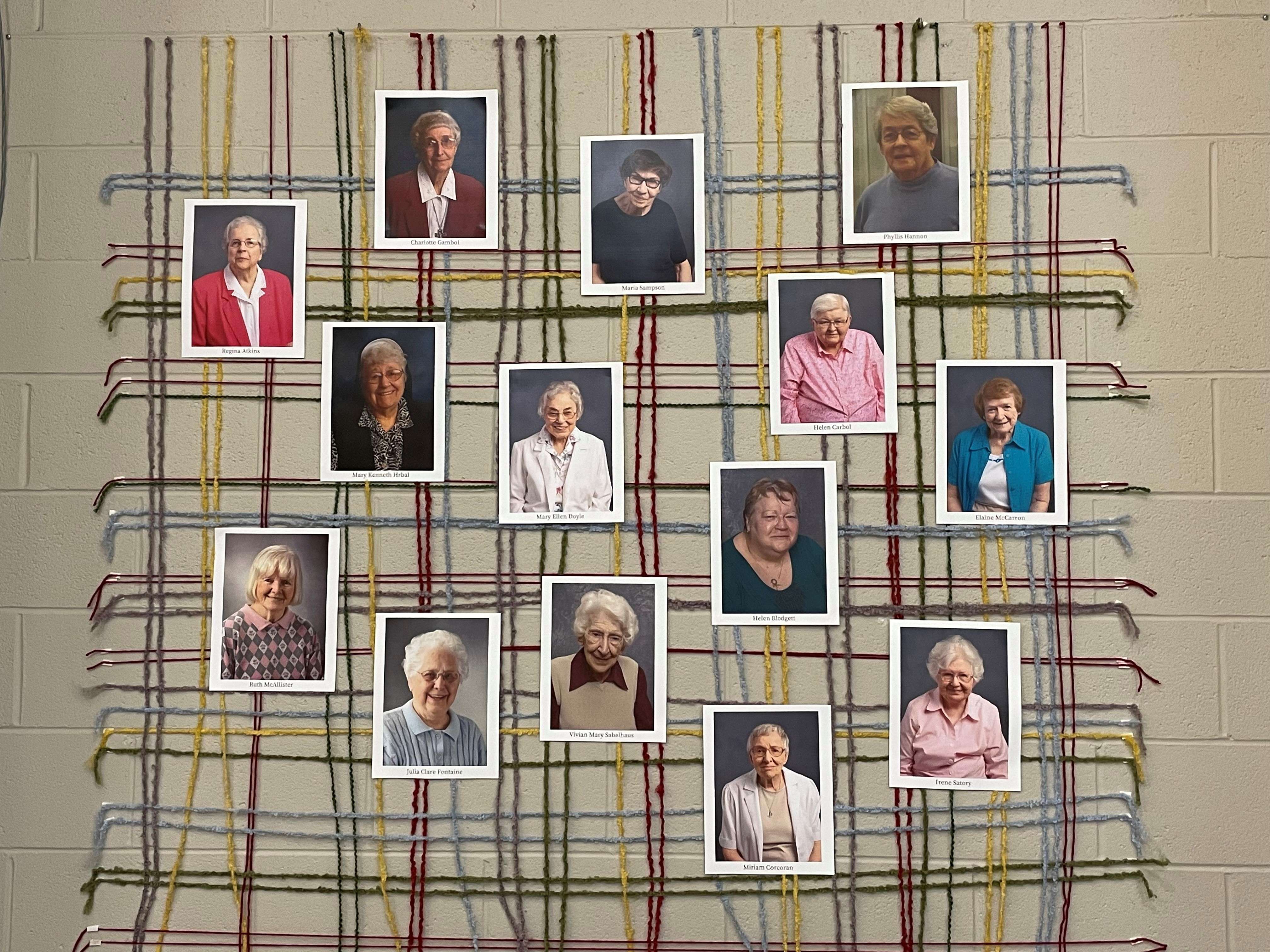