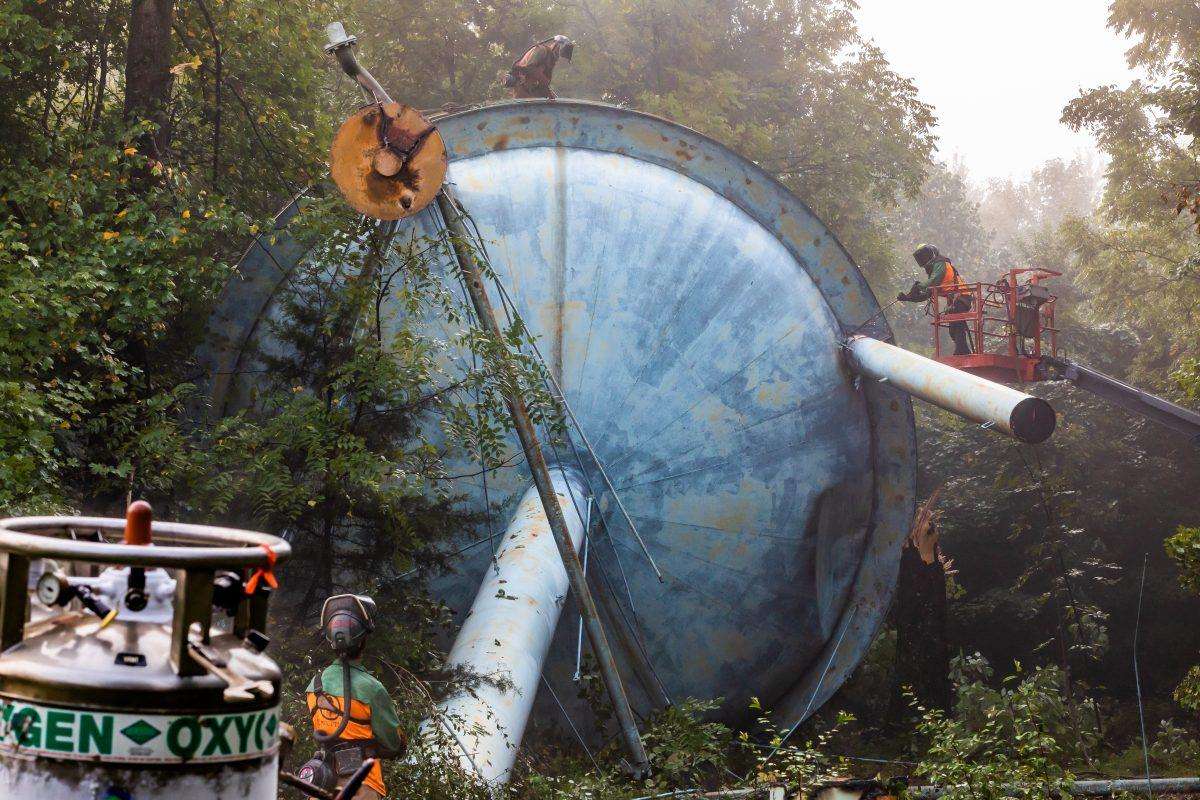 A water tower at Nazareth Motherhouse Campus was torn down on Sept. 6, 2022, and its loud crash disrupted an otherwise quiet morning in the woods.

The tower was constructed near Peter’s Puddle in the 1950s to replace another tower built a half-century earlier. The water tower remained in service at Nazareth until the summer of 2019. Having deteriorated with age and rust, extensive maintenance would have been needed to keep the site from becoming hazardous. Therefore, the decision was made to remove the structure and recycle the metal.

A crew arrived early in the morning to begin the removal and by 8:30 a.m. the tower was down. The sparks from the welders’ equipment made for an interesting and eery contrast against the morning fog that rolled through the wooded area. The crew remained on the scene for several hours to continue the dismantlement. View video of the collapse below and find more photos from the morning’s work here.