The Vincentian Sisters of Charity began their missions in the South in 1940, when they responded to a call from Father Harold Purcell. Father Purcell was a priest and missionary who had a dream to fight oppression, poverty, and racism in Alabama. He established clinics, schools, churches, and a hospital in communities around the state. These missions began with helping the people meet their most basic needs, such as food and health care, and expanded to social and pastoral care. 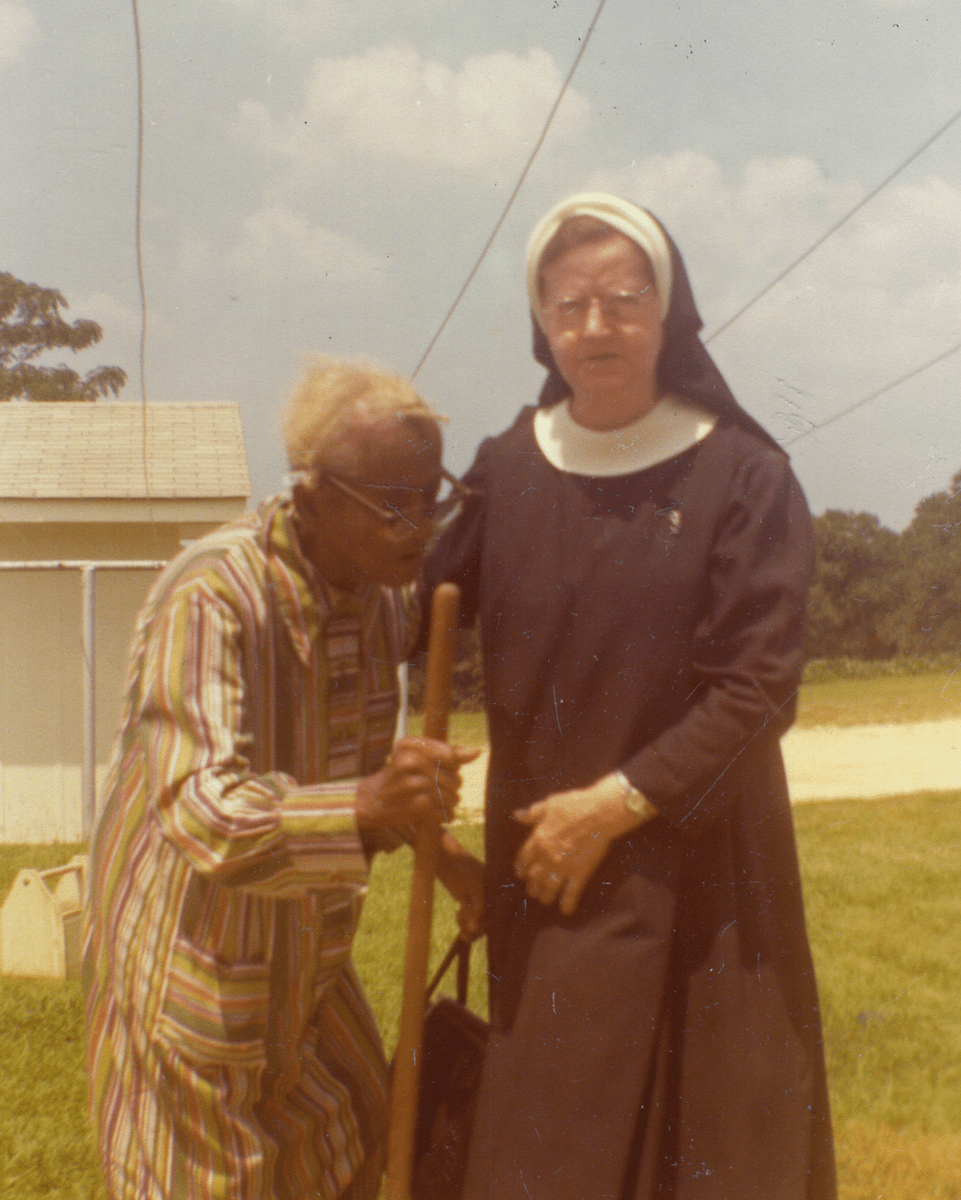 On June 29, 1940, the first group of four VSCs arrived at Holy Ghost Mission in Marbury, Alabama. Most of the local residents were tenant farmers and sharecroppers. The mission was located in a very poor, rural area which lacked most modern conveniences. In their own residence, the Sisters had to carry water for their cooking and cleaning from a well located a good distance away. The Sisters first operated a small nursing home that lacked both heat and plumbing. A school was soon established but many children could not attend because they lived too far from the bus routes. The Sisters drove out to the surrounding villages and picked up students in a station wagon. Eventually the Sisters acquired their own school bus, which the children called the ‘Golden Chariot’. The Sisters collected clothes for the children who often did not have anything to wear to school. They prepared food for their students when they noticed many of the children came to school without lunch. Getting to the mission was difficult so the Sisters often went out to serve local community residents in their homes. 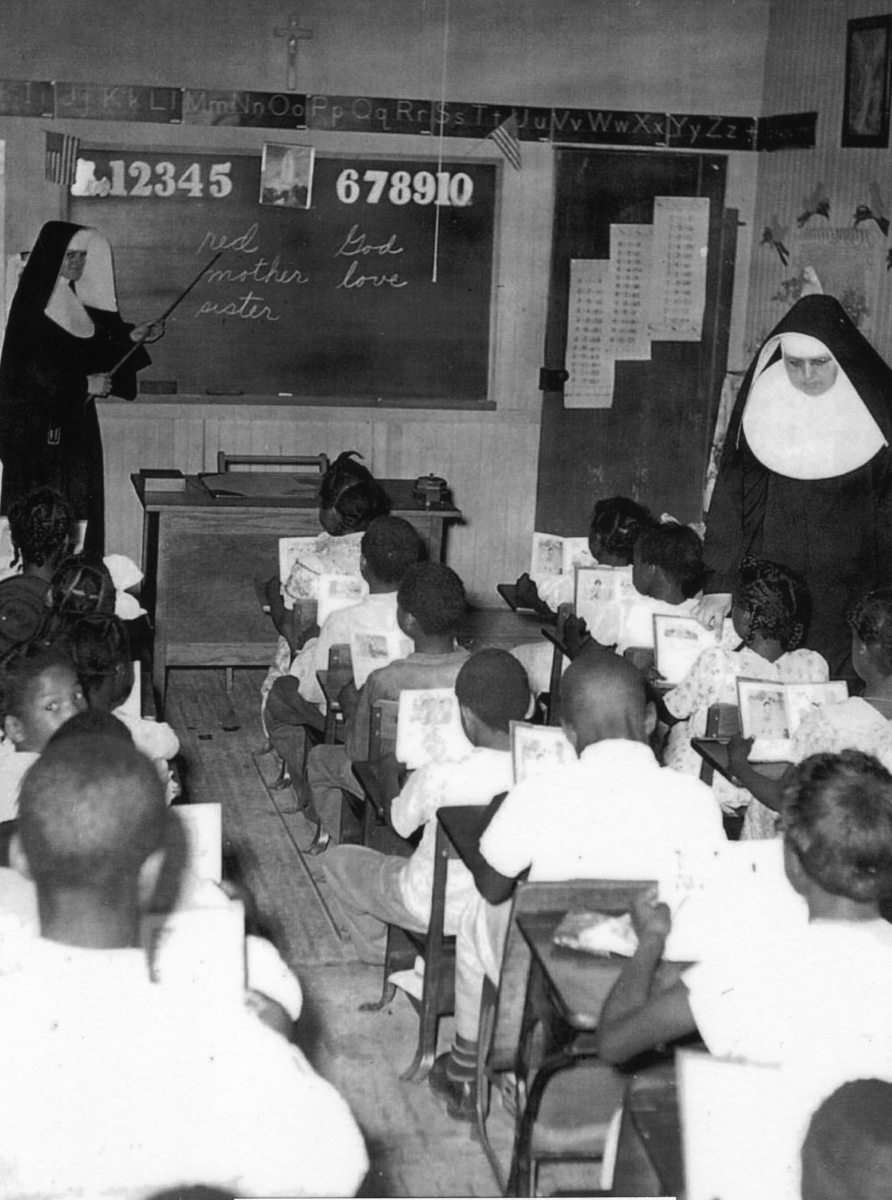 Marbury did not make as much progress as the Sisters had hoped. Monsignor Raleigh made several requests for the VSCs to send Sisters to staff the St. Jude’s Education Institute in Montgomery. The Sisters and the Archbishop agreed that the VSCs could serve more effectively at St. Jude’s, where they had been administering the hospital since 1951, than they could in Marbury and they withdrew from Holy Ghost Mission on June 30, 1958. They later returned to Marbury to provide education and nursing home services from 1975 to 1986.

Not long after the Sisters had settled in Marbury, Father Purcell established Mother Mary Mission in Phenix City, Alabama. He invited the VSCs to this new mission and three Sisters joined him there in October 1940. Father Purcell transferred the Mother Mary Mission to a group of Salvatorian Fathers who worked with the Sisters to convert two rooms of their convent into a school. The Mother Mary Mission grew rapidly and new buildings were added almost every year. The mission included a church, a new school which could accommodate 125 students, and a clinic staffed with volunteer doctors and dentists. The Sisters also traveled around the urban Phenix City area to provide services to the sick and poor. The mission at Phenix City developed such a positive reputation that there was a waiting list for new students in the school. Upon hearing that all seats were taken in the first and second grades, one father brought his young son to school with a small chair he made himself. 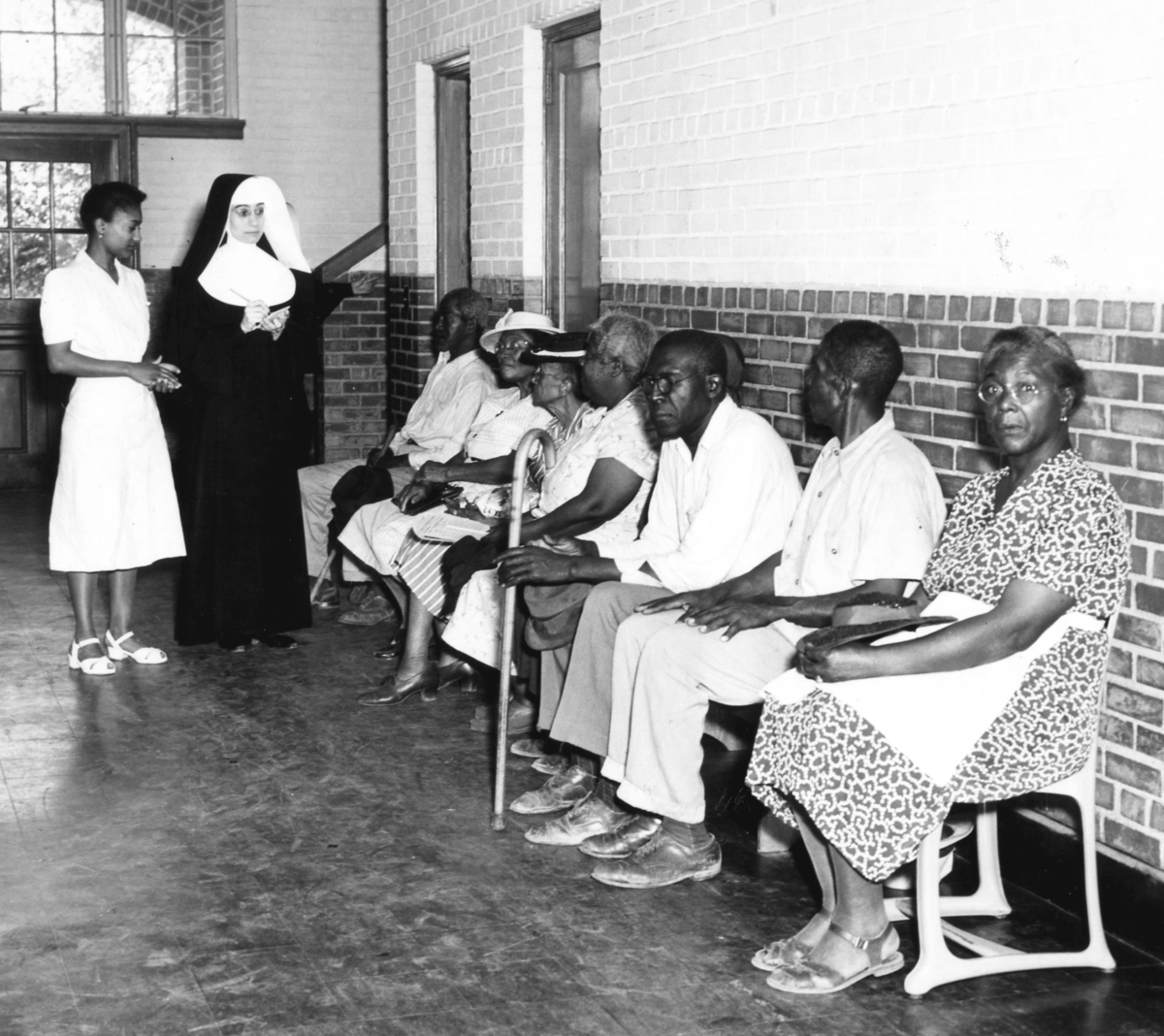 The Sisters were warned of the dangers of working in poor Black neighborhoods but in reality they found overwhelming support from the communities they served. Many white residents, however, were not happy with the Sisters’ providing education and other services to African Americans. Sister Mary Ann McCall, VSC, recalled that the Klu Klux Klan was planning a cross burning near Mother Mary Mission. When the Sisters looked out their windows that night they saw hundreds of African American men standing around the edge of the property, protecting the convent. “Eight cars of KKK members came into the area, but they didn’t dare stop”, Sister Mary Ann recalled. 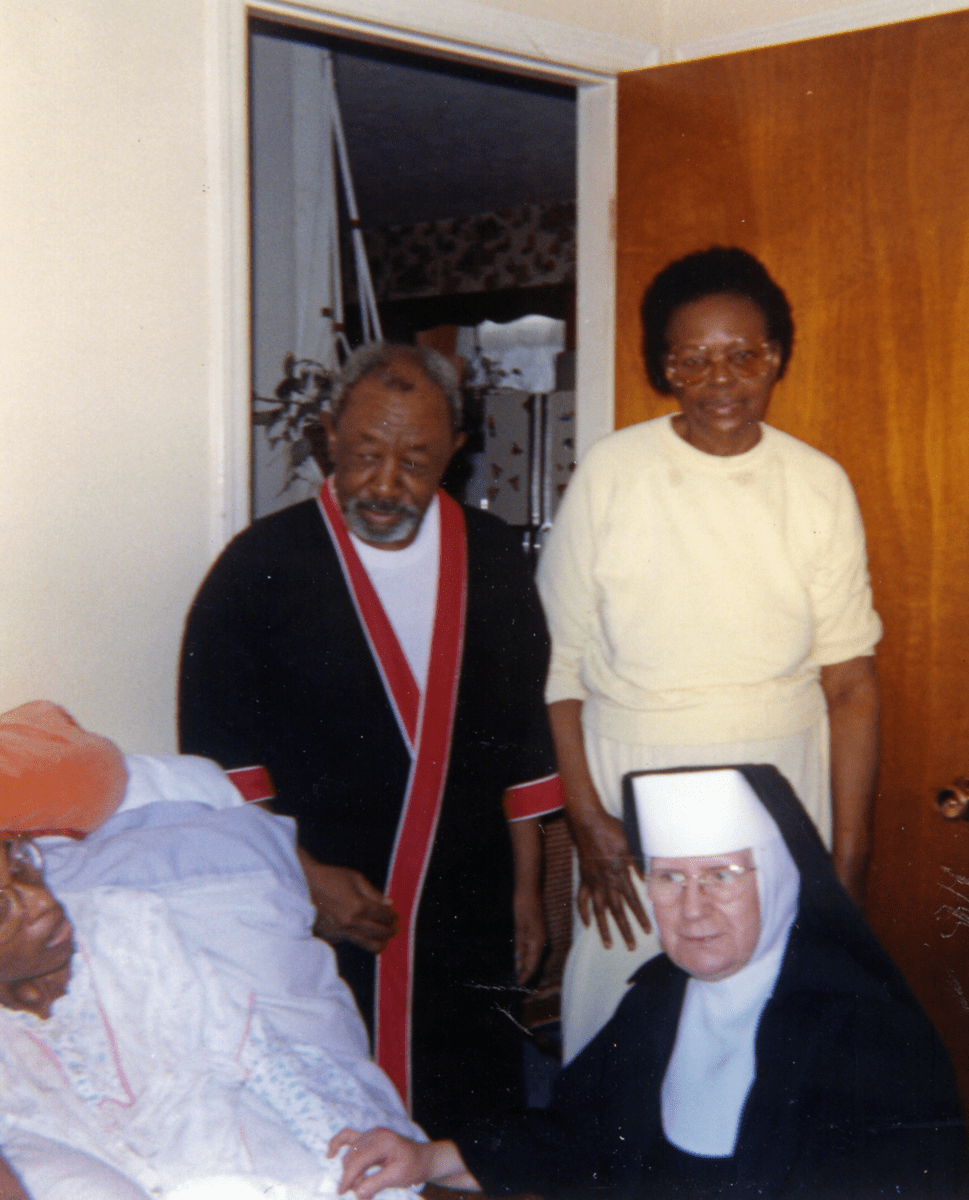 The Sisters also faced challenges in their everyday lives as a result of their work with the African American community. S. DePaul Zluky recounted the following incident to the Marie Menard Committee:

Sister eventually decided to get her driver’s license and took driving lessons. When she took her test to get her license in Phenix she did very well on everything (except parallel parking, “I was about a block away from the sidewalk”). She asked the police officer if she could try parallel parking again and on the second try she parked perfectly. She passed her test and the officer was about to give her the paper permit that she could carry until she received her license about a week later. As he was filling out the information on the permit, he asked her what kind of work she did. She responded that she was a teacher and he asked her where. When she told him that she worked at Mother Mary Mission School, a school for African American children, he tore up the paper permit and said she wouldn’t be getting a license that day; she could try again next year…That summer, while working in Montgomery, she took the driver’s test again and finally got her license without any issues.

The VSCs continued to run a school and clinic in Phenix City until 1986. In 1988, they returned to the area to provide social services to local residents and continued this mission until 2001. 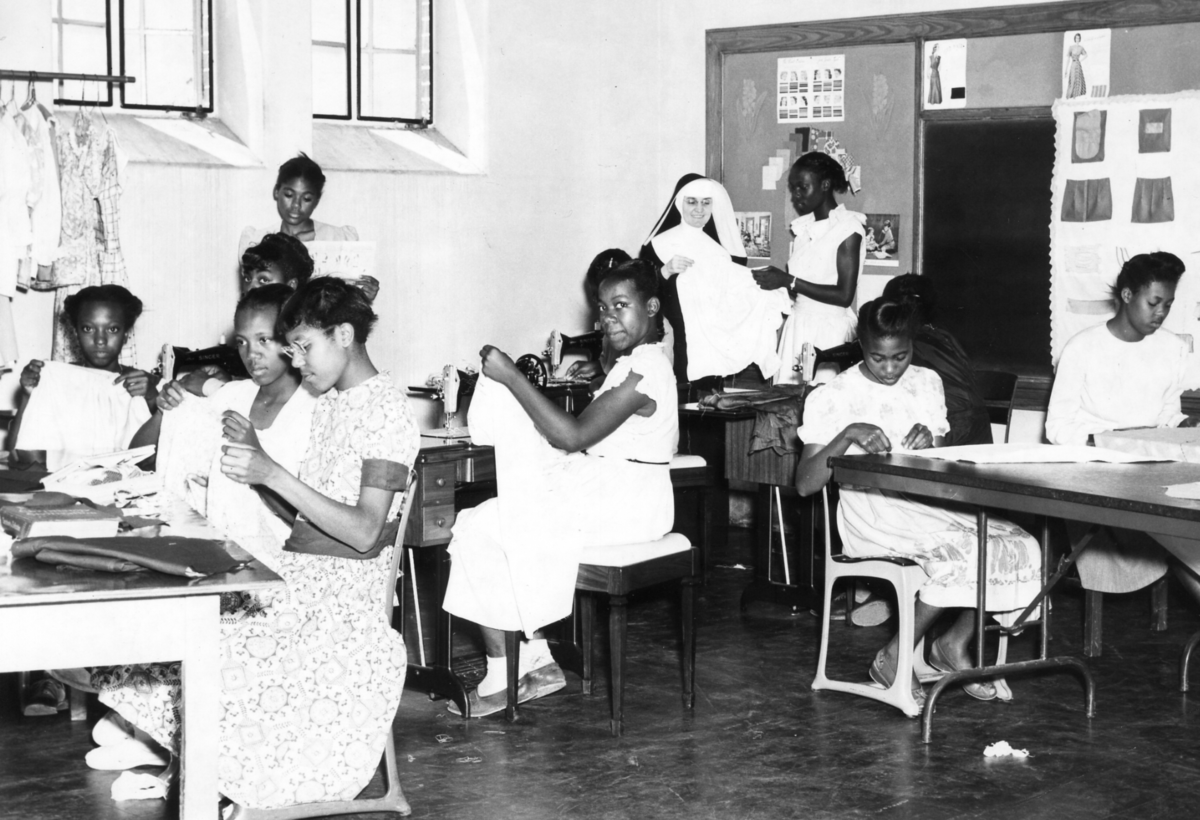 The City of St. Jude represented the culmination of Father Purcell’s dream to provide health, education, and social services to African Americans. The mission was founded in 1936 on fifty-six acres of land in Montgomery, Alabama. The complex included a church, elementary and high schools, a convent and rectory, a social service center, a clinic, a residential facility for special needs children, and a hospital with its own school of nursing. The Sisters were initially invited to administer St. Jude Hospital when it opened in 1951. More Sisters arrived in 1958 to staff the elementary and high schools. Eventually the Sisters would work in the social service center, the clinic, and the facility for special needs children which was later named the St. Jude Exceptional Children’s Center and Father Purcell Memorial. 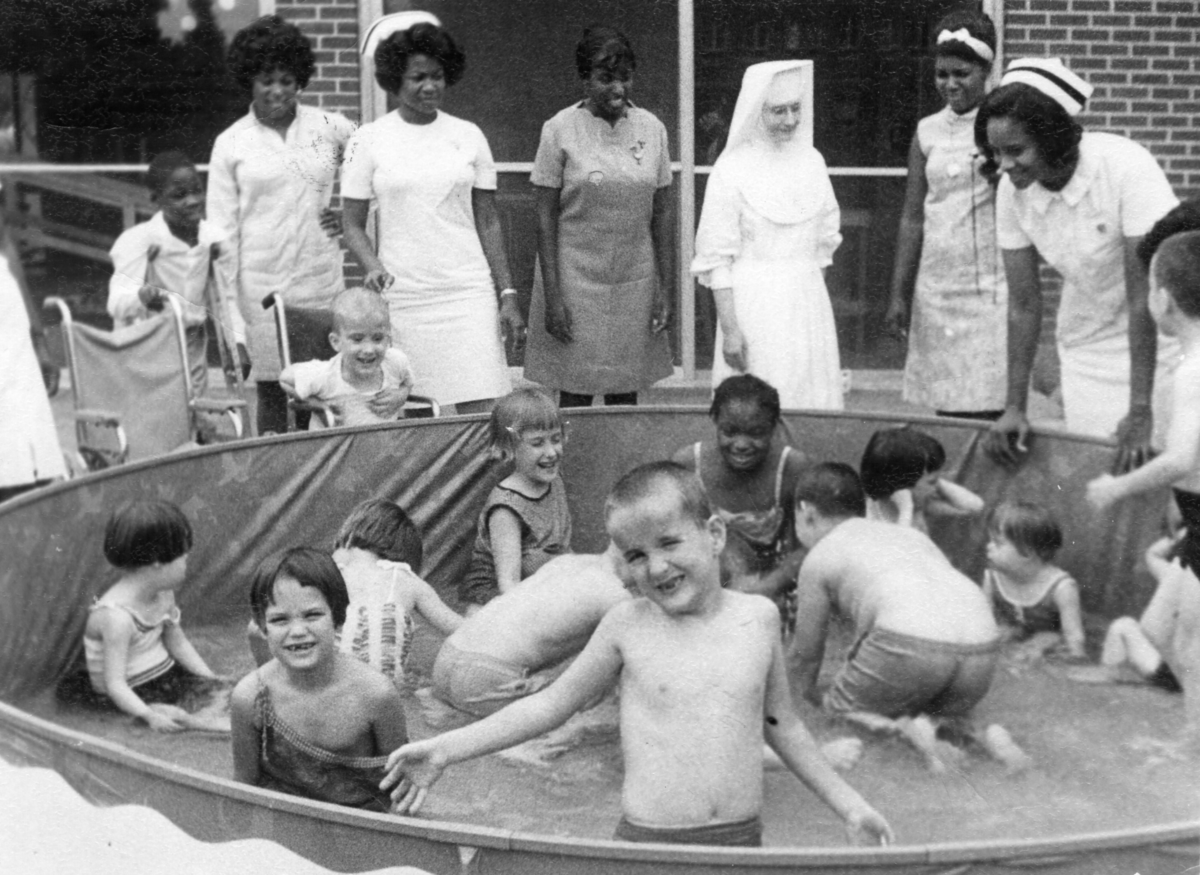 The VSCs left St. Jude Hospital in 1977. In the late 1990s they completed their mission at both the school and the Exceptional Children’s Center. Sister Barbara Ann Lengvarsky, SCN, continued the ministry at the St. Jude Social Services Center until 2019. 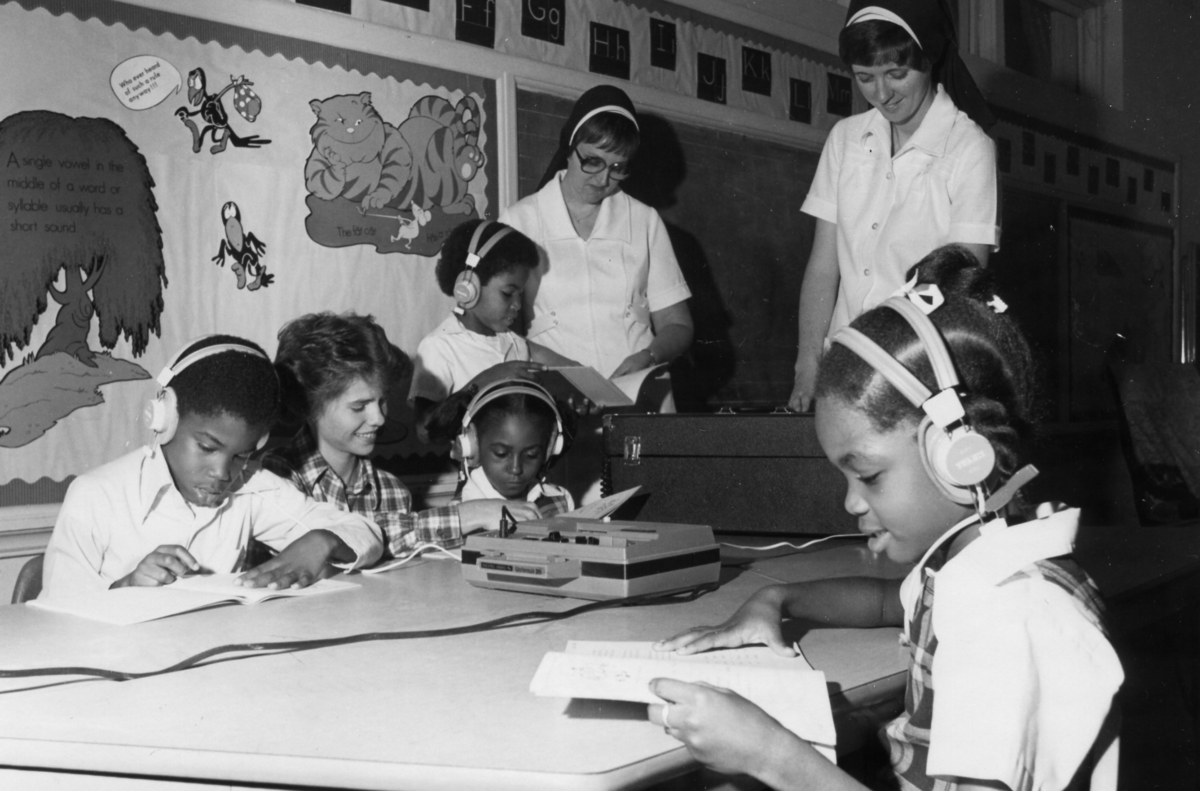 (Featured image at the top of the story shows a Sister with students in front of the ‘Golden Chariot’ school bus, Holy Ghost Mission, Marbury, AL.)