The End of an Era

June 18, 2020, was a historic day as Vincentian Academy hosted its last graduation ceremony and as students graduated during a pandemic.

Though the sky was gray much of the day, the rain held off as hundreds came together for one last celebration. Graduation was organized with COVID-19 safety standards in mind, including being held outside with families viewing from individual cars, students wearing masks as they marched out, and with seats socially distanced in front of a stage.

The private Catholic high school in the North Hills of Pittsburgh, a ministry of the Sisters of Charity of Nazareth, announced it was closing earlier this year after 87 years. The academy, like many other Catholic schools in Pittsburgh, and in other areas of the United States, experienced multiple challenges including declining enrollment and increasing financial losses.

Once the pandemic began, students transitioned to virtual classrooms to complete the school year. The Congregation was grateful to the faculty, staff, parents, and students for coming together during such a difficult time, and for the many ways, they made Vincentian Academy a vibrant learning community and an outstanding high school experience.

During the June graduation, the academy bestowed diplomas on 63 students. Principal Rita Canton reflected on just how close she felt to those graduating.“Most of you know the Class of 2020 and I entered Vincentian Academy at the same time,” reflected Principal Canton. “You were new to high school and this was my first time being principal in a high school. In essence, we grew up together. I’ve always had a special place in my heart for your class.”

Olivia Schoppen gave the salutatory speech, she ended by saying, “Once a Royal, always a Royal. No matter what trials you are going through, you will always have family and without a building, our school lives on through each of us … I am very excited to see the legacy that the Class of 2020 will leave behind for Vincentian Academy.”

A number of students received awards and faculty and staff were recognized for their years of service. Words of gratitude were offered for two SCNs, former principal and current instructor Camille Panich, SCN, and former teacher, coach, and guidance counselor Rita Gesue, SCN. Sister Rita recalls how she began teaching at the Academy after entering the Novitiate. She was in her early twenties and enjoyed the close-knit community of the school that was for girls at the time. She was instrumental in introducing a number of sports to female students over the years, including field hockey and tennis. She also coached basketball. Sister Camille was a constant presence at the school has been in ministry there for nearly five decades. Sister Camille taught a number of disciplines and was principal for many years. She supported the students outside of school as well, attending athletic events and musicals. Sisters Camille and Rita were presented with flowers at graduation.

Vincentian High School, founded by the Vincentian Sisters of Charity in 1932, began as a school for young women aspiring to religious life. In 1939, the first lay student enrolled. By 1973, the school became co-ed. And, in 1995 the school entered a partnership with Duquesne University and introduced the International Baccalaureate Program. The partnership with Duquesne ended in 2010.

The school has had a rich and wonderful history in the North Hills. For nearly nine decades, Vincentian Academy, with over 4,000 alumni, inspired students to achieve academic success, nurture their faith, discover and develop their talents, and live Christian values.

“To all of our students, we will remember the mark you have left in the classrooms, the halls, on the stage, on the field and most important in many hearts,” said Mary Elizabeth Miller, SCN, Provincial of the Congregation. “Congratulations to the graduating seniors! We pray abundant blessings on each of you,”

With the school officially closed as of June 30th, plans are now underway to ensure that all records are archived as well as memorabilia. The 63 graduates will begin classes at their respective colleges this fall.

The Congregation is very proud of all that has been accomplished and of the many successes and contributions of students, faculty, administration, staff, and alumni. “As hard and as sad as it is for us that Vincentian Academy will close, we believe that together we can move forward from this difficult moment, proud of the history and accomplishments of this much loved Academy,” says Sister Mary Elizabeth. “Together let us pray for God’s guidance for the graduates, for the other students as they transition to new high schools, and for the faculty and staff as they begin new opportunities.” 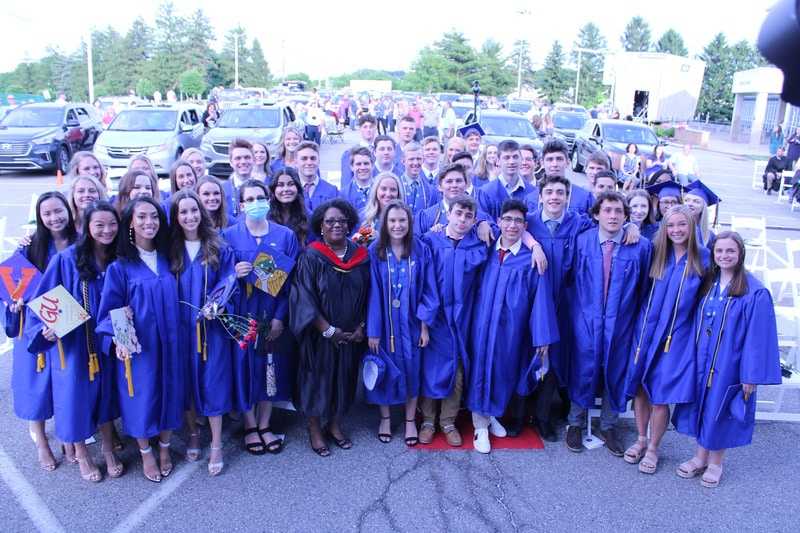 Vincentian Academy, founded in 1932 by the Vincentian Sisters of Charity, provided a world-class, college preparatory, co-educational Catholic high school experience, in the North Hills of Pittsburgh to over 4,0000 alumni, until June 30, 2020. The Academy encouraged each student to develop and pursue interests in academics, arts, athletics, and other activities to ensure a balanced and fulfilling high school experience. 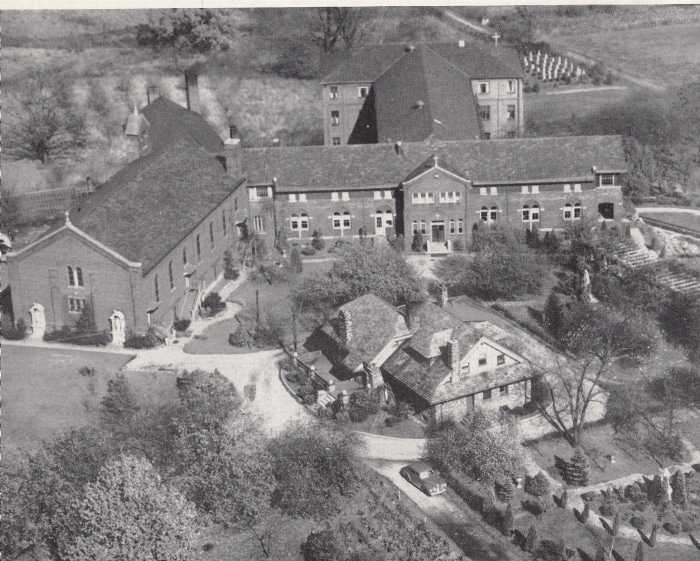 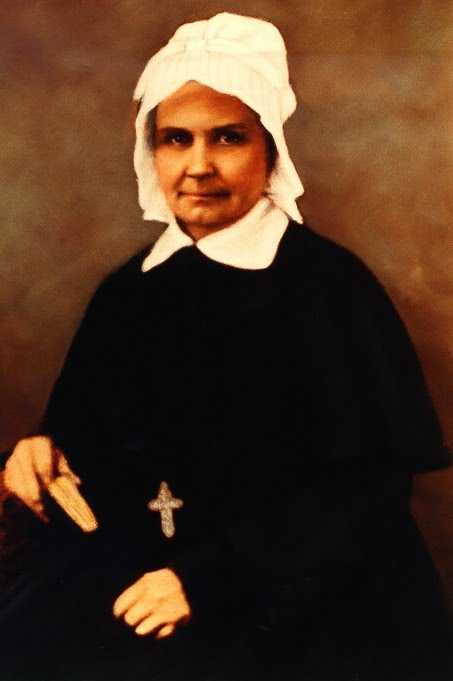 Vincentian Academy was the only Catholic IB School in the region. From 1995 to 2010 the Academy worked in partnership with Duquesne University to implement and grow the IB program. The Academy prepared students for success in college and beyond by offering college preparatory, advanced placement, honors and International Baccalaureate (IB) courses. The IB program set the pace for the exceptional academic experience provided at the Academy.

Vincentian Academy provided moral and social development as well as a strong commitment to Catholic heritage.

The Academy attracted a wide range of diverse students, as 18% of the population came from diverse nationalities, including international students. Vincentian Academy encouraged and welcomed a diverse community of students, faculty, staff, coaches, administration, and volunteers. 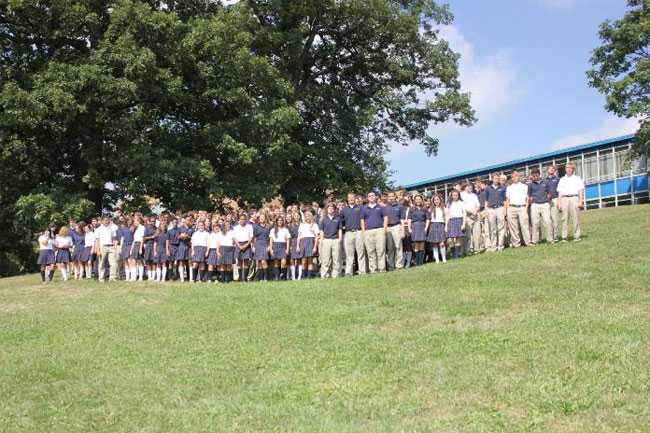 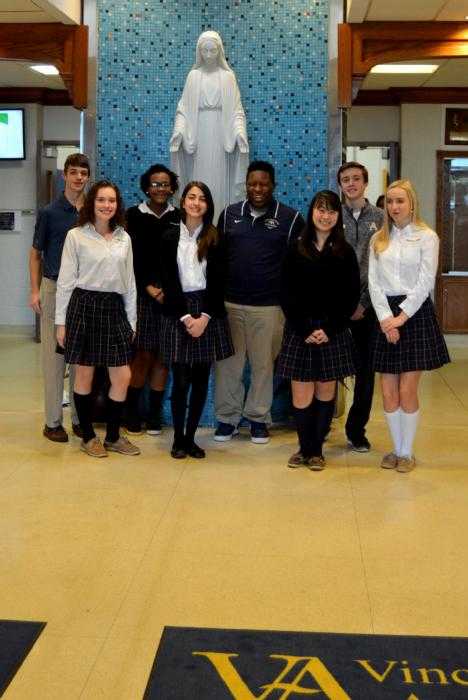