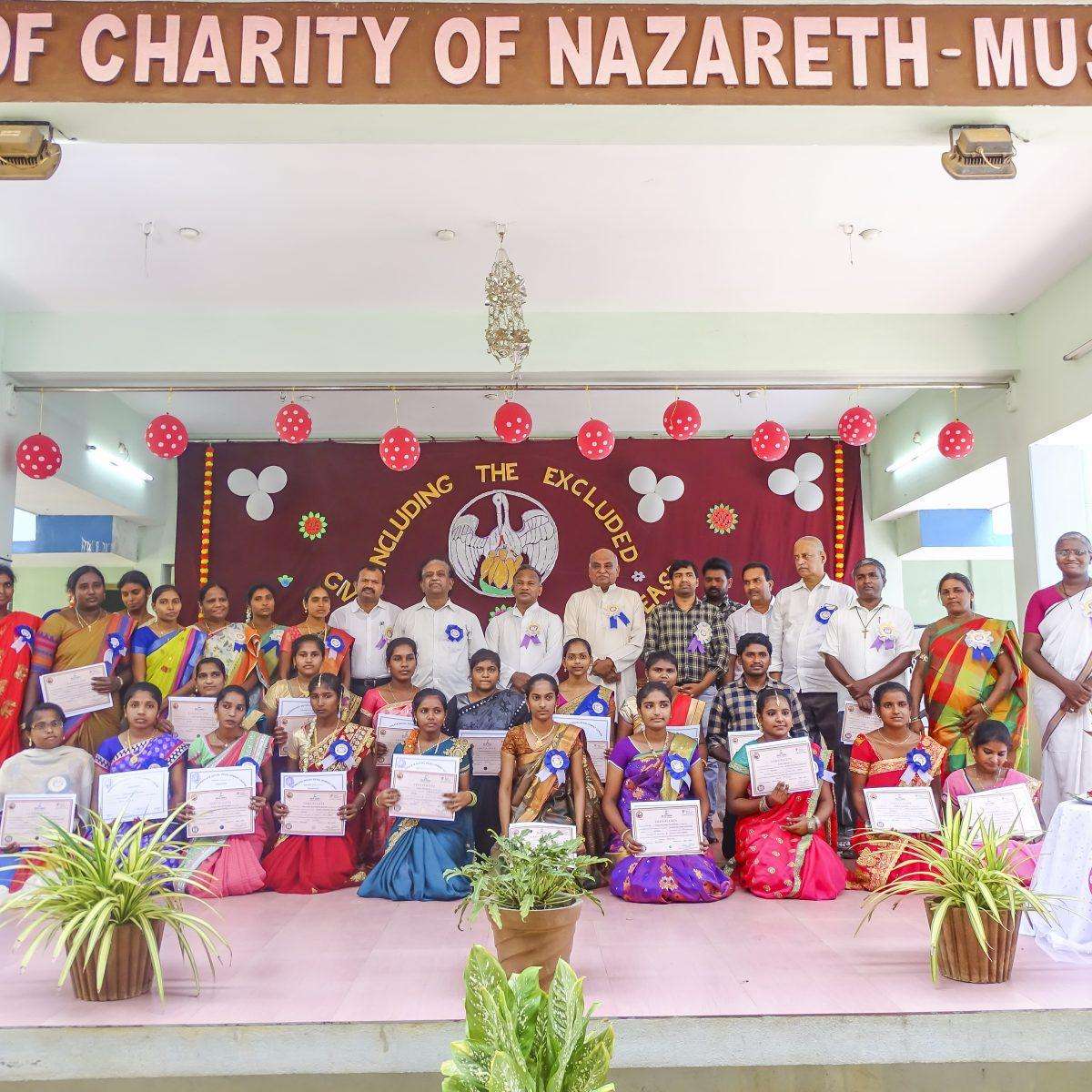 After a couple of years, the relentless efforts and hard work of the Sisters in Preranalaya Social Development Center (PSDC) finally became a reality. Twenty-six students of the Skill Development Center accredited to the National Skill Development Council, New Delhi, received the Certificates of National Skill Development Corporation (NSDC), Delhi, on June 2, 2022. As the first batch of the newly accredited center, the administration found it an arduous task to meet the minimum requirement of student enrollment. The field workers of PSDC, along with their director Sister Sudha Rani Jonnelagadda, did tremendous service in motivating the school dropouts and unskilled women to help themselves. A total of 32 students completed their skill training in tailoring or computer program. 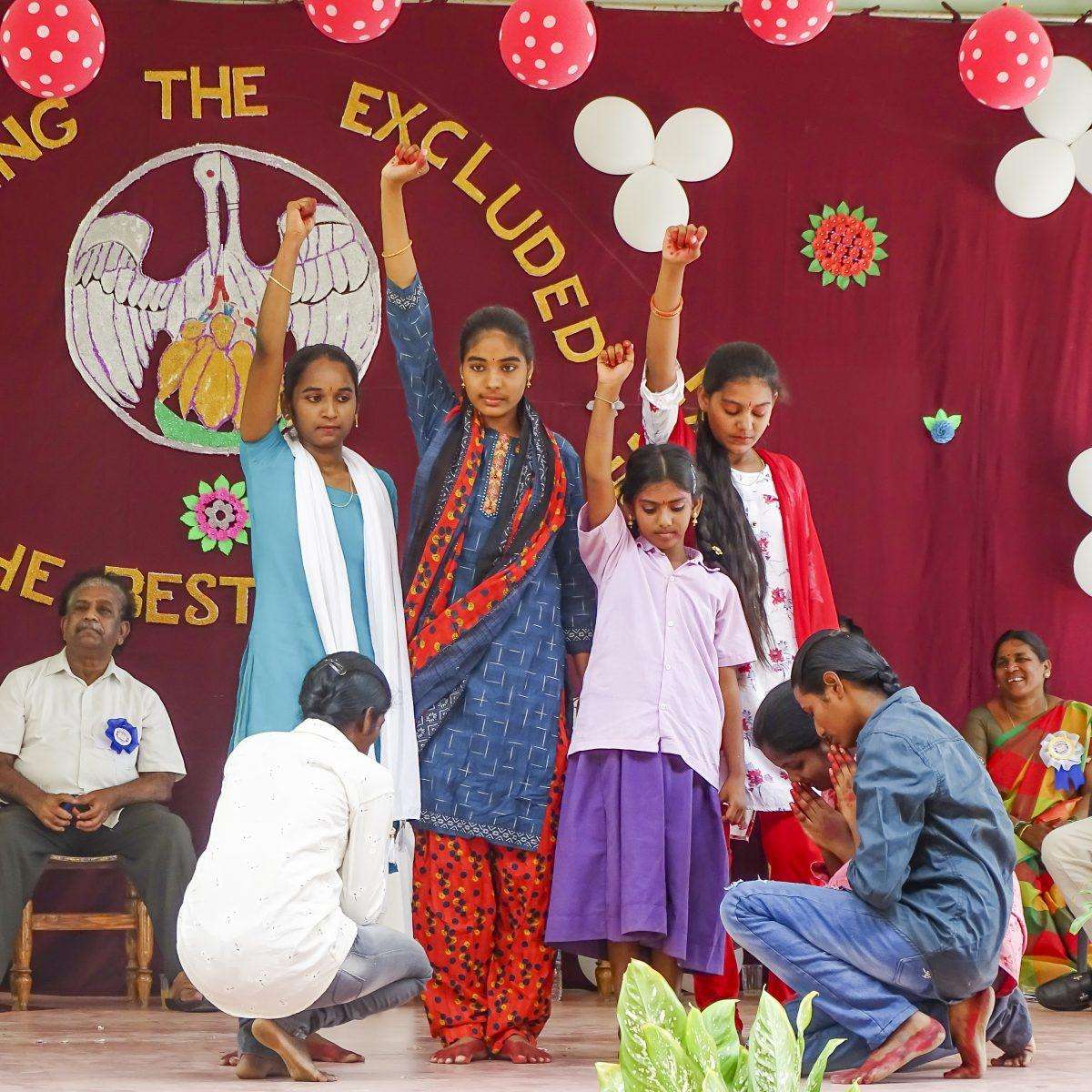 The center is grateful to the Rev. Xavier Alphonse SJ, Director, Indian Centre for Research and Development of Community Education (ICRDCE, Chennai) and their staff for their timely guidance through the accreditation process. The center also gratefully acknowledges its former director Sister Ann Moyalan who initiated the need to begin a certificate program under NSDC.

In the presence of representatives from ICRDCE, Mr. K. S. Lakshman Rao, a Member of the Legislative Council, various government officials and well-wishers, the graduation ceremony was celebrated solemnly with the Vicar General Rev. Mesapam Gabriel as the chief guest. In presenting the center’s annual report, Sister Sudha Rani, the director of PSDC, highlighted the center’s various educational and environmental endeavors. The center has been at the forefront of awareness programs such as child marriages, domestic violence, tree plantation, and home remedies in health care.

Sister Sudha Rani and her team have thus obtained government approval for their ministry of empowering women in the small hamlet of Musunuru. 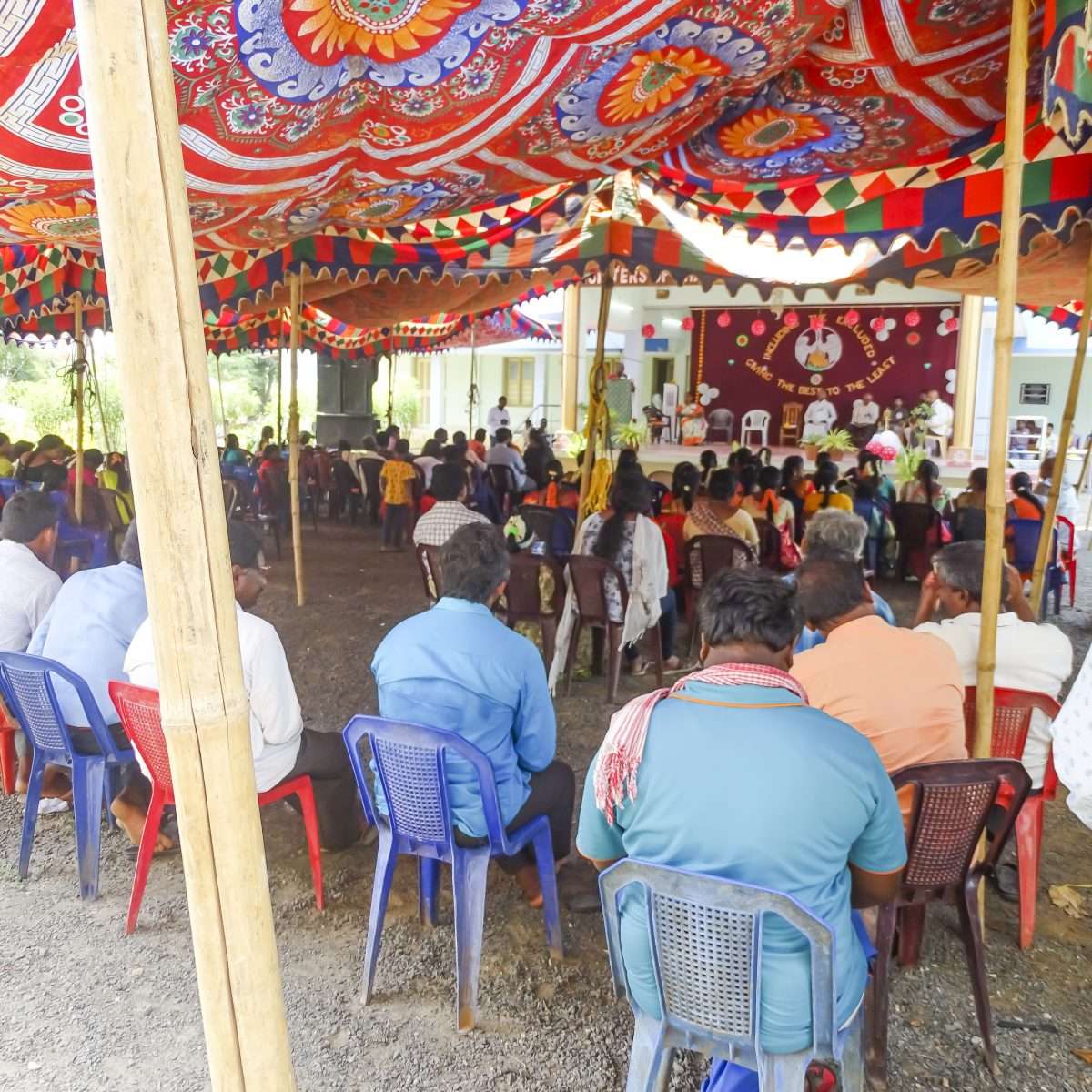