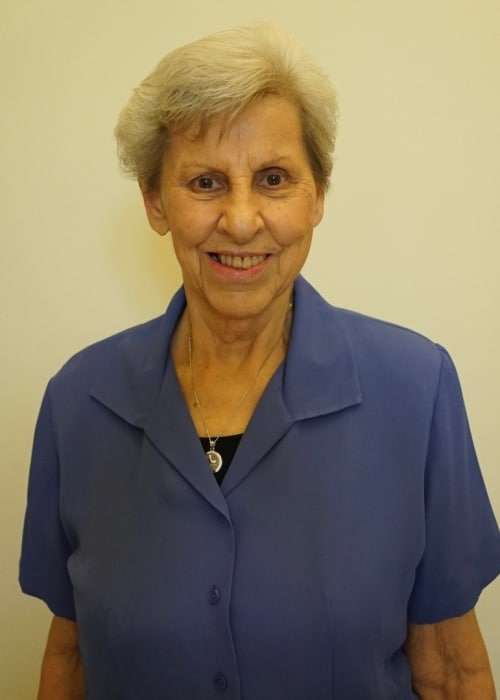 Highlights of a Missionary Journey

When Theresa Knabel entered the SCN novitiate 40 some years ago, she had no idea of what she might be called to do in ministry. She had a special desire to work directly with the poor and as an elementary teacher came to realize that there are many ways to be poor beyond economic circumstances. After 13 years in the classroom, Theresa moved into Parish Ministry in downtown Memphis, and had the opportunity to work directly with the poor.

Her next mission took her across the Mississippi River to North Little Rock, Arkansas, where Theresa accepted the position of Pastoral Associate at St. Augustine Parish, an African-American community. Some time later, her aptitude for finance, found Therese in ministry at SCN Center. From there Theresa was asked to assume full responsibility for St. Vincent Infirmary Clinic, located in the poverty area of East Little Rock. This clinic offered Medical, Dental, Social Services, and Outreach Services for approximately 3000 patients! What a responsibility! The business and personnel administration, patient insurance, and other red tape were monumental. But when Theresa observed the good care provided and the appreciation of patients of all ages, she was affirmed in this ministry.

As she completed her Clinic ministry, her dream of home services for the poor in Little Rock was about to become a reality with Theresa at the helm. The design, plans, and preparation for the endeavor were in place but it would not be Theresa who would bring the project to fruition. Instead she found herself wearing a hard hat, with blue prints in hand, as she oversaw, not only the razing of the old Nazareth Infirmary, but also construction of Carrico Hall and renovation of the entire Motherhouse/O’Connell Hall Complex!

The excellence of the completed construction project could well have elicited the Scripture, “Well done, good and faithful servant!” But as the old saying goes, “God wasn’t finished with Theresa yet!” When the SCN new province alignment was established, Theresa was elected as Vice-President for the Western Province. She shares that what keeps her going is “her congregational dedication and her love and appreciation for working directly with the sisters”.

In the midst of major responsibilities, Theresa loves a good time and is reluctant to refuse an invitation to take a walk, see a good movie, attend cultural programs, or join fans for a special sports event!

“Being an SCN has brought a richness to my life beyond my wildest dreams. I love being part of this sisterhood knowing that it stretches to many parts of this country and beyond to India, Nepal, Botswana, Belize and Nicaragua.”