The struggles of violence-affected people 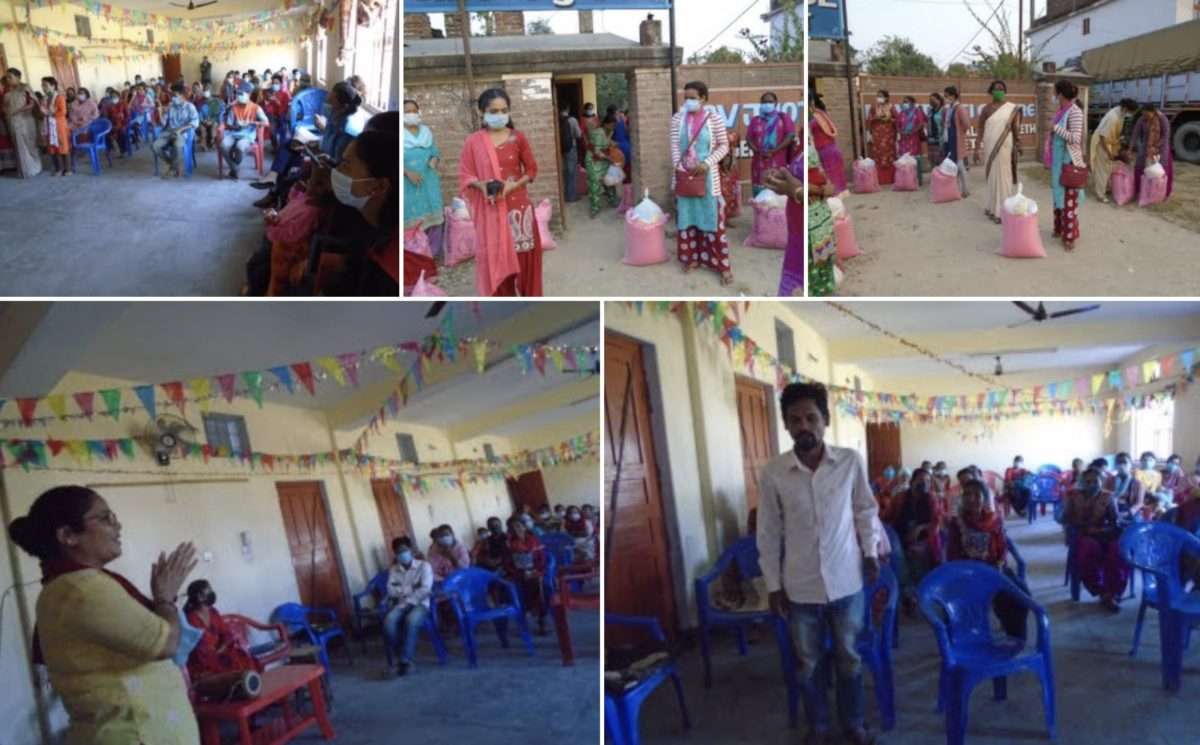 There was a time when we believed that only the less fortunate were affected by domestic violence and are deprived of access to justice. But the gathering of violence-affected people on 22nd October in Navjyoti Center was an eye-opener to the participants and the invited guests. The gathering was organized to exchange festival greetings before Dasein. 30 people were present. Due to the increasing number of Covid cases, the number of participants had to be restricted. Invited dignitaries were Dila BK, head of the women, children and senior citizens’ cell in the district police office, Gita Koirala, the advocate who is associated with Navjyoti Center, and journalists. Some of the women shared their experiences, their struggles, and their success stories where they have received justice and have moved forward in life. But they still remain part of Navjyoti violence-affected people’s group for moral support. The touching stories were that of wives of political leaders and government officials who create a strong positive image in public but they keep their women under torture at home.

Belmati was part of a reputed family who underwent maximum torture from her husband who is a political leader. Though she tried to speak to leaders and lawyers about her condition, none of them believed her and would not support her against her husband. No one registered her case for divorce and share of the property. So she was present in Navjyoti to ask for help. There were cases of inter-caste marriages that were not accepted by the family circle. The condition of women who were divorced was also pitiful as they had no place to go. Their family neither maternal family accepted them. They were discriminated against everywhere.

One of the men who were present for the event took the courage to speak up. His wife had filed a complaint against him in police office. Three times he was present there to prove that he was falsely accused, but he was not listened to. In fact, he was the real victim of torture in the hands of his wife whom he loved so much. Finally, she ran away to the neighboring country from where she was giving him mental torture through the phone. No one had believed his story until his children blocked her calls. Due to the sharing, there was a mutual agreement to take up three cases just after the festival holidays which was a great relief for the afflicted. At last, Keshav raised a question that touched all hearts. “Women can go anywhere shed their tears and they receive sympathy but where will violence-affected men go to shed their tears and who will listen to their pains?” At the end of the program, all the participants were provided with 25 kg of rice, 2 kg of pulse, 1 liter of oil, 1 pkt of salt, 1 pkt of soya and Rs 500 to celebrate their festival. Local papers had given the coverage of the day.