The Christmas experience of Sisters in Kenya 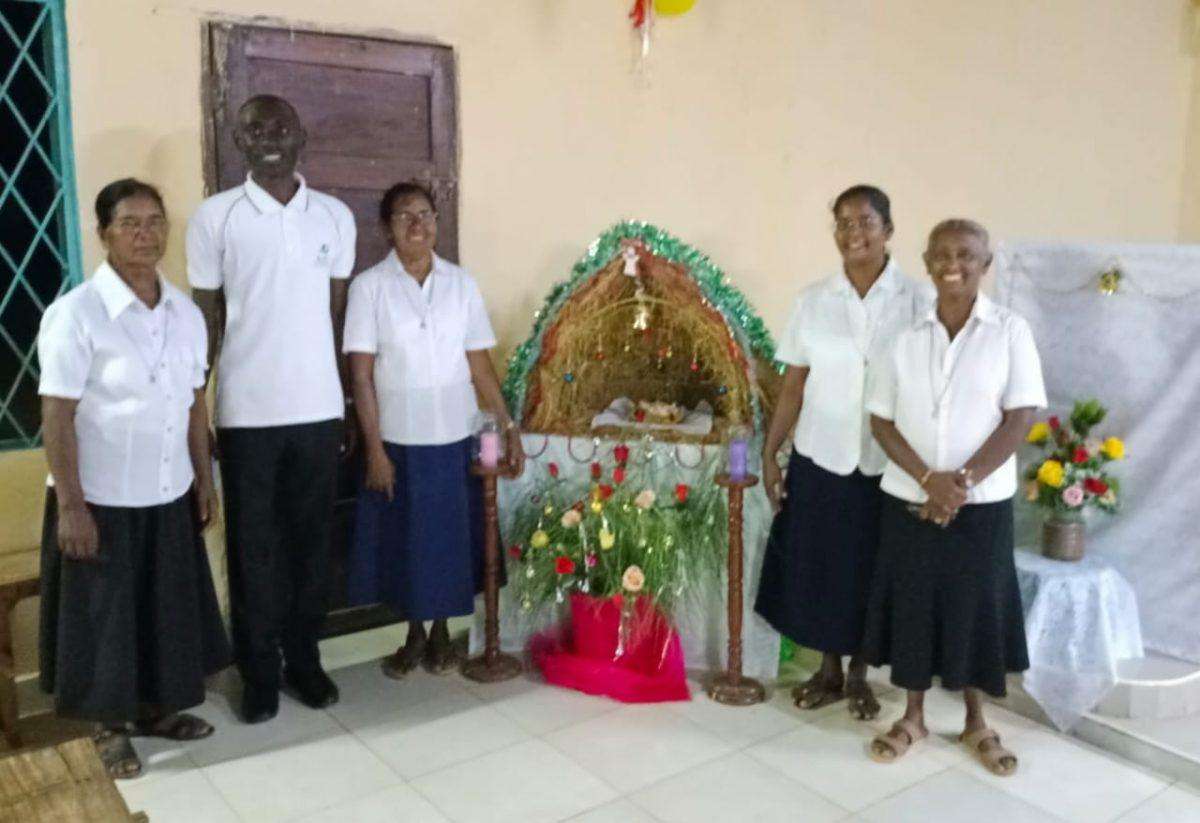 The population in Malindi Diocese consists of Christians and Muslims, almost 50% each. Though the Christians, particularly Catholics, are very religious, surprisingly, the attendance at Church for Christmas and Easter seemed to be poor. One of the reasons could be that many people go to their hometown, the up-country, since a good number of Catholics on the coast migrate for jobs. The Christmas season is a long holiday as the school academic year closes at the end of November and reopens end of January. The celebrative spirit during Christmas among Catholics feels like it could use a boost on the Coast.

Gongoni Parish where Sisters of Charity of Nazareth minister, was of no exception. There were very minimal decorations in the church, no carol singing, and no crib. SCNs had witnessed this last year which was their first year. However, this year they were determined to change it. They prepared the children and adolescents at Marereni outstation, where they reside, for Carol signing – both English and Kiswahili songs. From mid-Advent, they started Christmas carols in all the Catholic families residing at Marereni outstation. The caroling group carried the baby Jesus to the families, sang and prayed, and wished the members Happy Christmas. (Sisters had a baby Jesus which they had brought from India).

People were so happy and felt they were being prepared for Christmas. Sisters, along with the people, prepared a traditional crib and lit a star over the crib in the church. This was the first time the church had a crib on Christmas. During the vigil Mass, the Priest carried the baby Jesus to the crib. The ritual was so devotional. The priests and many Catholics commended, “Our Sisters made Christmas very meaningful this year”.

SCNs were so happy that their initiative made a difference in the people’s spiritual life. It was very simple and meaningful not only for the people but for the Sisters too.

The priests requested the Sisters to take this initiative to other outstations and the mother Parish next year. They hope that they will be able to get more crib sets before next Christmas, not just baby Jesus.