New Delhi – On Saturday, Sister Kitamai Catherine Sinku and Sister Vandana Velleringatt joined over 500 women at a protest in Jantar Mantar, standing in solidarity against the recent atrocities committed against Adivasi women in Chhattisgarh. 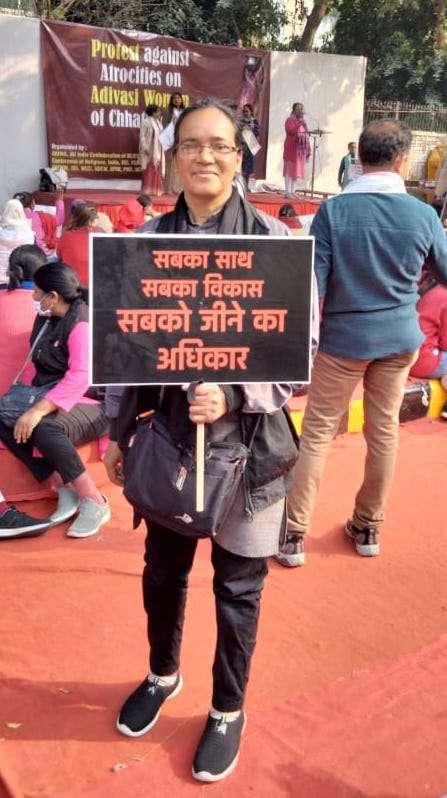 The protest comes on the heels of a violent incident that occurred on Jan. 2, in which a Catholic Church, a grotto of Mother Mary, and the presbytery in Narayanpur District were vandalized by a group of tribal people. Additionally, members of the Christian community from 14 villages in the district have claimed that they were assaulted and evicted from their homes for converting to Christianity.

In response to these atrocities, a large number of tribals from the Christian community have staged a sit-in protest in front of the district collector’s office in Narayanpur. The protestors, hailing from 14 villages in the district, have handed over a memorandum to the district administration, demanding action and justice for the violence they have suffered.

The district administration has assured the Christian families that necessary action will be taken in response to the matter. As the situation continues to unfold, Sister Kitamai and Sister Vandana, along with the other protestors, remain committed to standing in solidarity with the victims and fighting for their rights and safety.