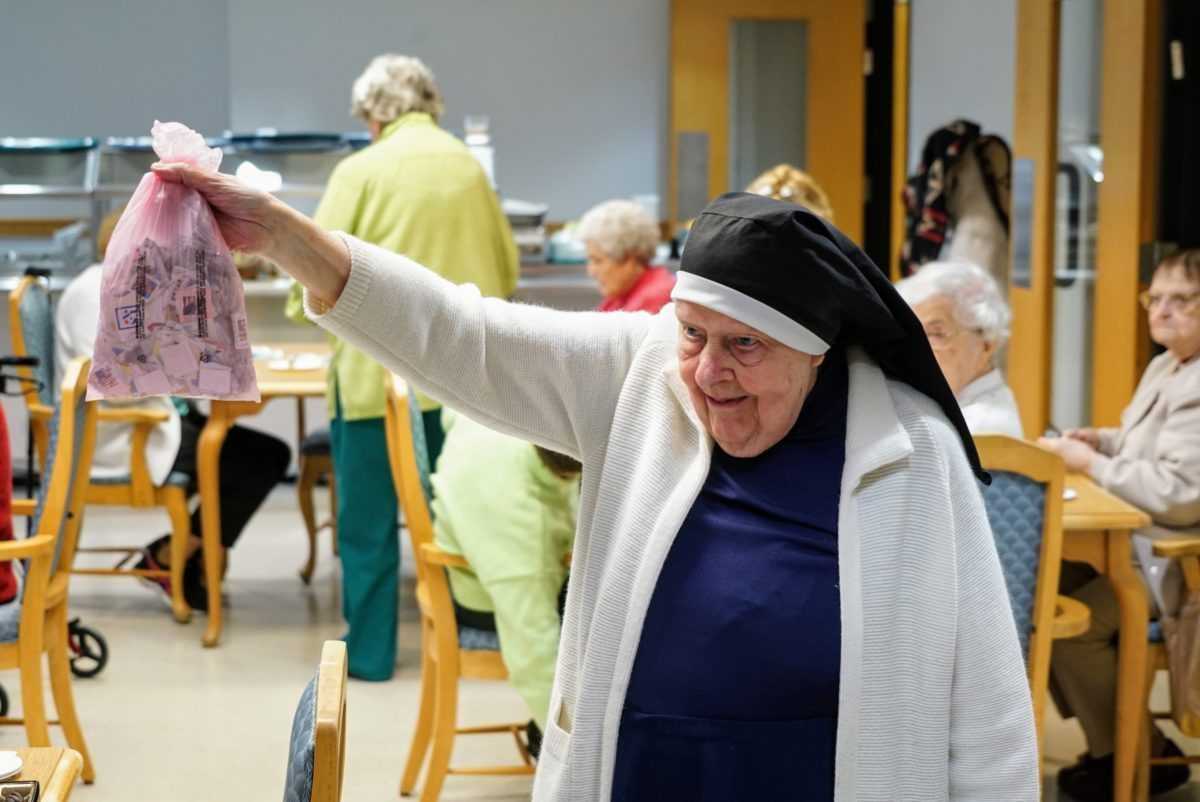 For over 25 years, Sister Miriam Ann has received stamps from donors from all over the world. She spends most of her days cutting and sorting stamps. After Sister has prepared, packaged and sealed the many boxes of stamps, she takes them to a stamp collector. The stamp collector sends a check to Sister based not only on their weight, but if the stamps are foreign or from the United States. Sister Miriam is very proud of the money she has been able to raise for the SCN missions over the years.

As Sister is approaching the Golden Years, she has decided that she would like to stop her stamp ministry. If you, or an organization you are associated with, have been collecting and donating stamps to Sister, please know that your efforts have been appreciated. However, we are asking that Sister’s wishes to end this ministry be honored. Sister is looking forward to being retired at age 96 with plans to be a volunteer reader to other Sisters who are visually impaired.

When Sister Miriam Ann Walter moved to the Nazareth Motherhouse, she was determined to remain active. Over the years, she knew that the Sisters collected canceled stamps and sold them to a stamp collector. The proceeds support the missions of the Congregation. Upon her arrival at Nazareth, she learned that there was an opening in the stamp ministry, and she offered to help. Before long, she was the coordinator of the program. “That’s just how it happens for me,” she says with a hearty laugh. It is a job she loves.

First, stamps are sorted ­­— the flags, the commemorative, the foreign stamps, and many others. Then, on this day, Sisters at Nazareth had a stamp trimming party. Several Sisters helped trim the stamps, carefully removing any extra pieces of the envelope. Finally, Sister Miriam Ann gathers them, packages them, and seals them in boxes before taking them to a stamp collector. The stamp collector weighs them and sends a check to Sister Miriam Ann. “When I get the check, I open it and look at it. Then, I take it to the Motherhouse Coordinator and she looks at it. Then, it is sent over to the Office of Mission Advancement for the missions.”

Sister Miriam Ann is proud that she will be 93 years old on her next birthday. Her joy for life, her love for God and people, her boundless energy, and her dedicated commitment continue to be a source of inspiration and good in the world.