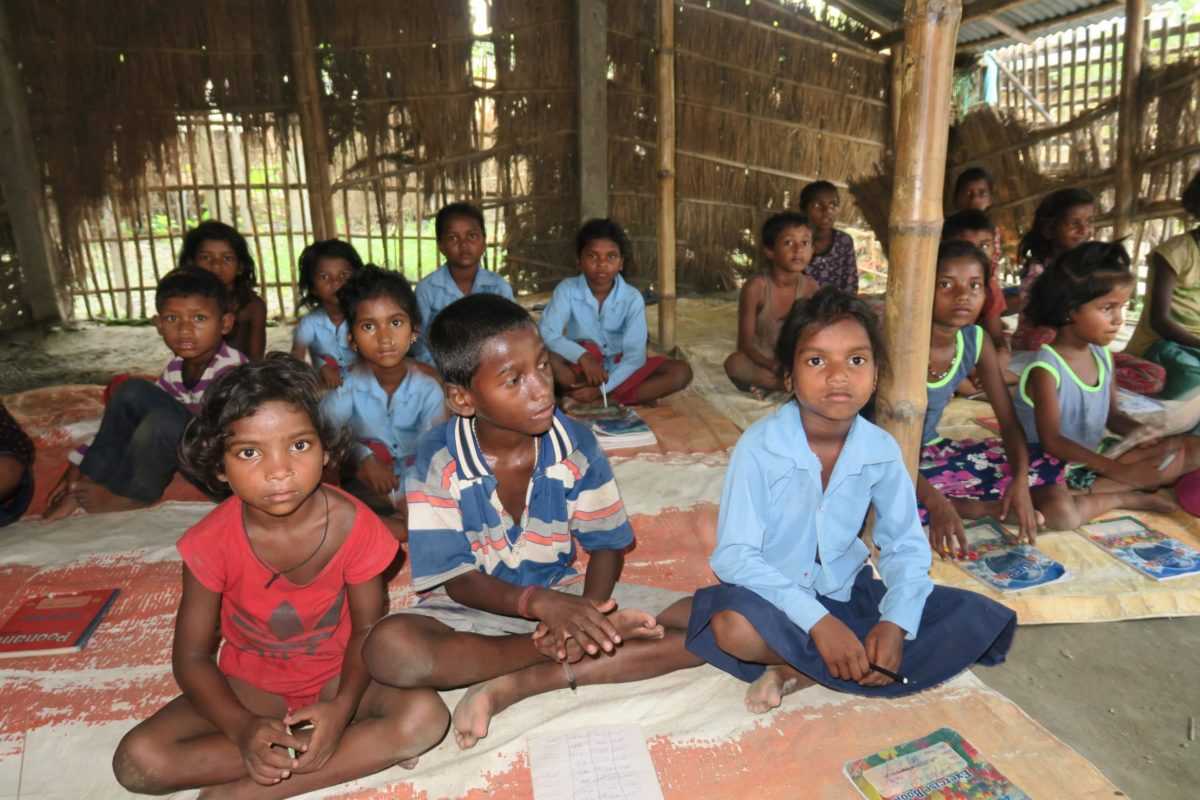 Cornelia Ekka, SCN, oversees the ministry where 60 children take advantage of the tuition class run by the Navjyoti Center in one of the Musahar Tolas in Laukahi market area. Both the school-going and non-school going children regularly come for the tuition classes. Seeing the interest and progress of the children some of the parents are motivated to admit their children in regular school. Many of the Musahar children do not attend school regularly. Musahars are landless migrant workers who live in grass huts made in government vacant land. When they are chased away from one place, which is quite often, they move to other areas. Actually, they move in groups. Every year, the heavy monsoon also plays havoc in their lives for they make their huts at the banks of Koshi River. With the incessant rain and flooding of the Koshi belt, they are forced to move to dry areas.

The teacher, Kavita Mandal, and the children were happy that Cornelia Ekka, SCN, the over-all in-charge of the ministry in Laukahi and Malini Manjoly, SCN, visit them on the marker day of June 14, 2019. The children welcomed the Sisters with a Nepali song. Since it was a sweltering day, many of them were underdressed. Classes are held in the government health post center.