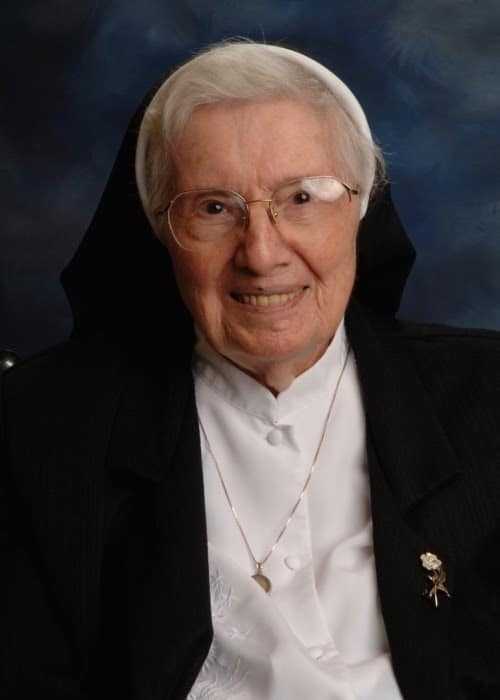 Sister Agnes Mary Deley, a Sister of Charity of Nazareth, was called to her heavenly home on Wednesday, June 24, 2020, at the age of 96 and in the 70th year of her religious life. Sister entered the Congregation of the Vincentian Sisters of Charity from Saint Barnabas Parish in Swissvale, Pennsylvania.

She received her Bachelor’s degree from Duquesne University and a Master’s degree in Business Administration from Notre Dame University. Her teaching ministry included 9 years in elementary and 21 years in secondary education in the Diocese of Pittsburgh, Greensburg, and Youngstown, Ohio. Her career in education was followed by serving as an accountant at Vincentian Academy, Vincentian Regency Nursing Home in Pittsburgh, PA, and Assumption Nursing Home in Youngstown, Ohio. Sister Agnes Mary then served as assistant treasurer and then treasurer for the Vincentian Sisters of Charity for 15 years. She retired in 2008.

Sister Agnes Mary was an intelligent, highly independent, and determined woman. Although illness later dictated the use of a walker, she did not let this limit her activities.

Sister Agnes Mary was preceded in death by her parents John and Mary Deley and her sisters, Sister Mary Victorine Deley and Anna Deley. She is survived by her brothers John and Joseph Deley, nieces, nephews, and her Sisters in Community.

A private Mass of Christian Burial will be followed by internment in the Sisters’ Cemetery on the convent grounds.

A Mass of Remembrance will be celebrated in honor of her life at a later date. May her soul and the souls of all the faithful departed rest in peace. Amen.