Place of Love and Care

I cried to you for help, and you have healed me. 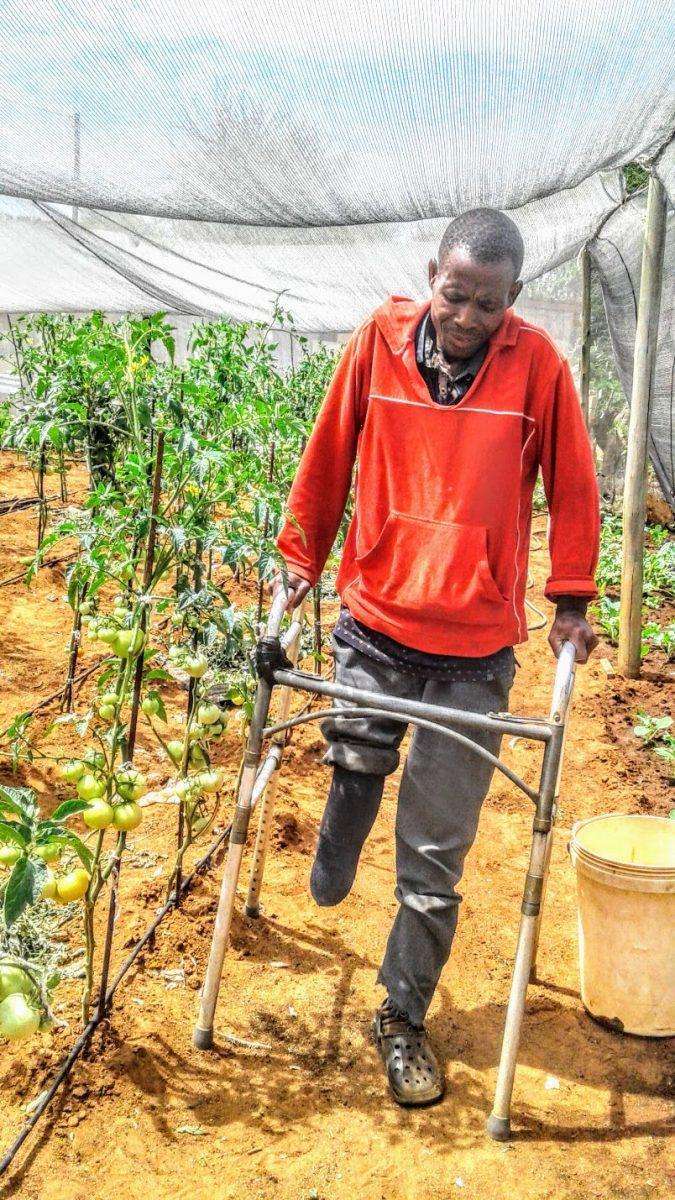 Mr. O was frightened. If he agreed to the surgery, he would lose his right foot and leg and possibly his livelihood, growing tomatoes in his beloved garden. Sister Vinaya Chalil and volunteers from the home-based care program, an outreach of Pabalelong Hospice in Botswana, frequently visited Mr. O to change his dressing and assure him that surgery would save the remainder of his leg and his life.

Several years prior, Mr. O sustained a spinal cord injury that left him paralyzed from the waist down. He had been working at a construction site when the walls of a building collapsed, crushing him as well as his independence and ability to work. Thanks to the care received from the hospice, Mr. O progressed from using a wheelchair to being able to walk with crutches.

When he was able to start a vegetable garden, it became a life-giving therapeutic endeavor. Most of his time was spent sitting on the ground and “scooting” throughout his garden. However, due to a lack of sensation in his legs, he developed serious pressure wounds, resulting in a below-the-knee amputation and daily dressing changes. Fortunately, there was a ministry in Botswana that could help patients like Mr. O. 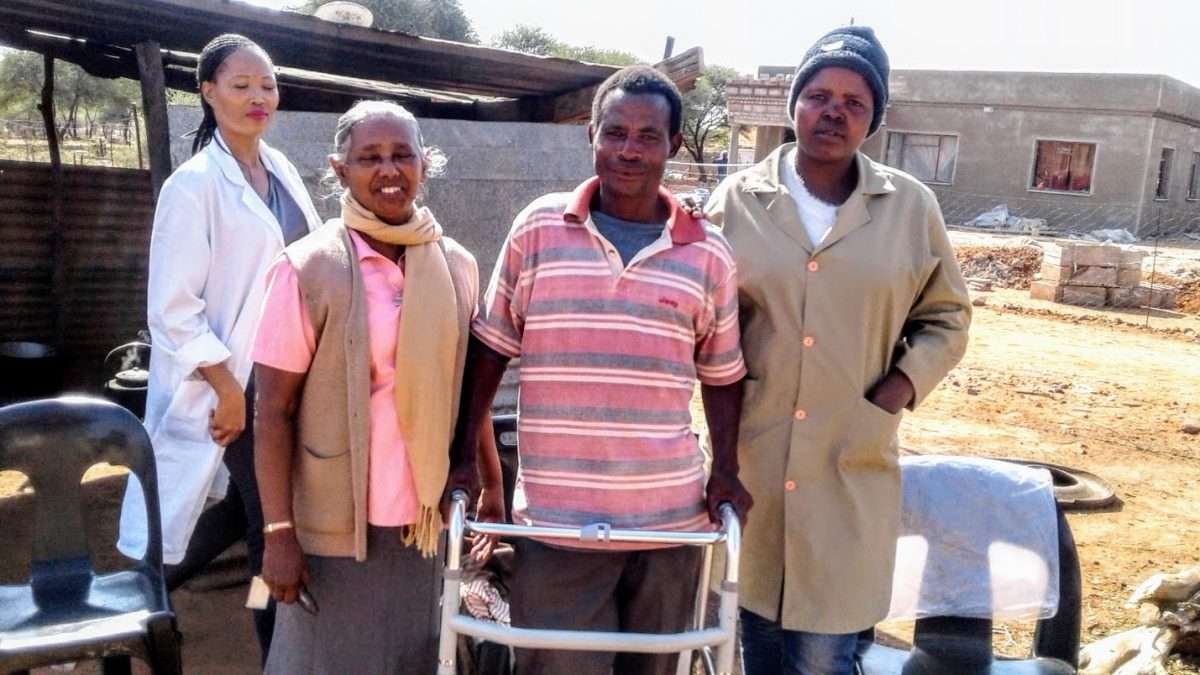 “Go and see the Sisters, they will help you, they help all the sick people in the village.” That is one comment from a local resident that displays the reputation Sister Vinaya has helped build for the ministry.

Pabalelong Hospice began as “a place of love and care.” The Sisters of Charity of Nazareth, who established the hospice, soon realized many people were too sick to travel to seek care, so the home-based program began. It provided visits to the patients’ homes, medical supplies, and transportation to medical appointments. This comprehensive, holistic program continues today and benefits many in need.

Throughout the ensuing episodes of rehab and treatment, it was the staff and volunteers of Pabalelong Hospice with its home-based care program who helped Mr. O regain optimal health of mind, body, and soul.

The Sisters heard the cries of Mr. O and all those who seek care, and now invited others to join them as part of the healing ministry of Jesus.

In the summer of 2022, many donors have made a gift of support to continue this life-giving, healing ministry to many others in need. They made it possible for others to receive God’s healing through the compassion and care given by the Sisters and volunteers of the home-based care program.

For this dedicated support to this and all of our global ministries, the Sisters of Charity of Nazareth are forever grateful. 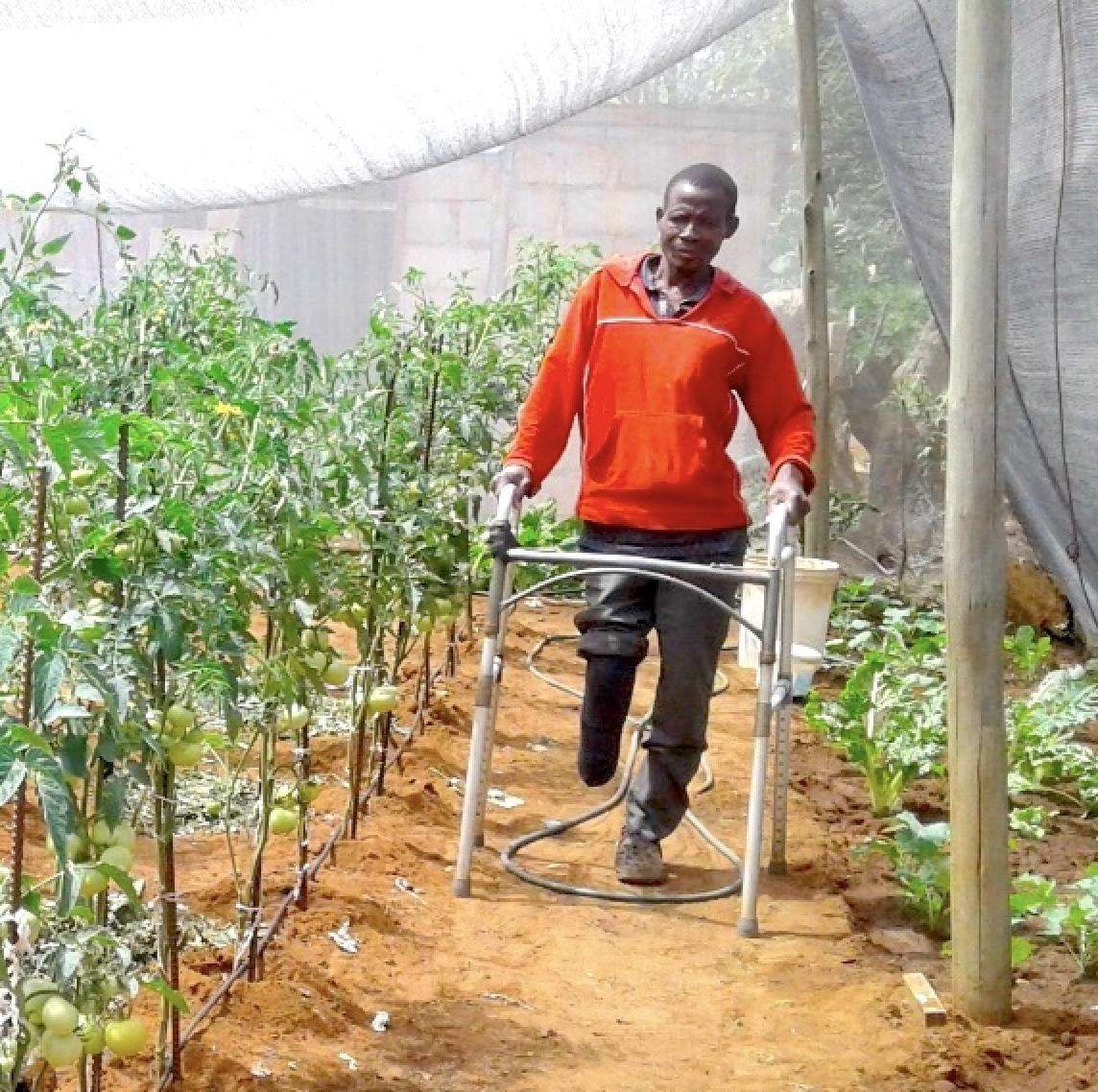 We heed the scriptural command to welcome the stranger

The Sisters of Charity of Nazareth join the Leadership Conference of Women Religious as together we strongly denounce the decision by the Trump administration to terminate Temporary Protected Status (TPS) for more than 200,000 Salvadorans.

She works closely with other NGO representatives and multiple committees to address political, economic, social, and humanitarian policies. Having lived and ministered in many areas of the global south, Sister Teresa brings a concrete understanding of the realities confronting those who live in poverty.

From humble beginnings at St. Thomas to an expansive outreach overseas, the Sisters of Charity of Nazareth have for years had a global impact. Now, that international connection is further reflected in the new Central Leadership Team, which, for the first time, includes two members from India.

More Photos The national crisis caused by the earthquake of April 25 has pushed seven hundred thousand people to poverty in Nepal revealed the Post Disaster Needs Assessment. As per the Human Development Report (2014) poverty prevalence in Nepal is 23.8 percent. The...
Read More

Dr. William Oellerich, a cardiologist with The Chattanooga Heart Institute at CHI Memorial in Chattanooga, Tennessee recognizes the important role the Sisters of Charity of Nazareth have played in his life.

Sisters awaken to the ‘Now’ Moment as they remember Catherine Spalding and her early followers who heard a similar “wake up call” and stayed awake to the realities of their times.