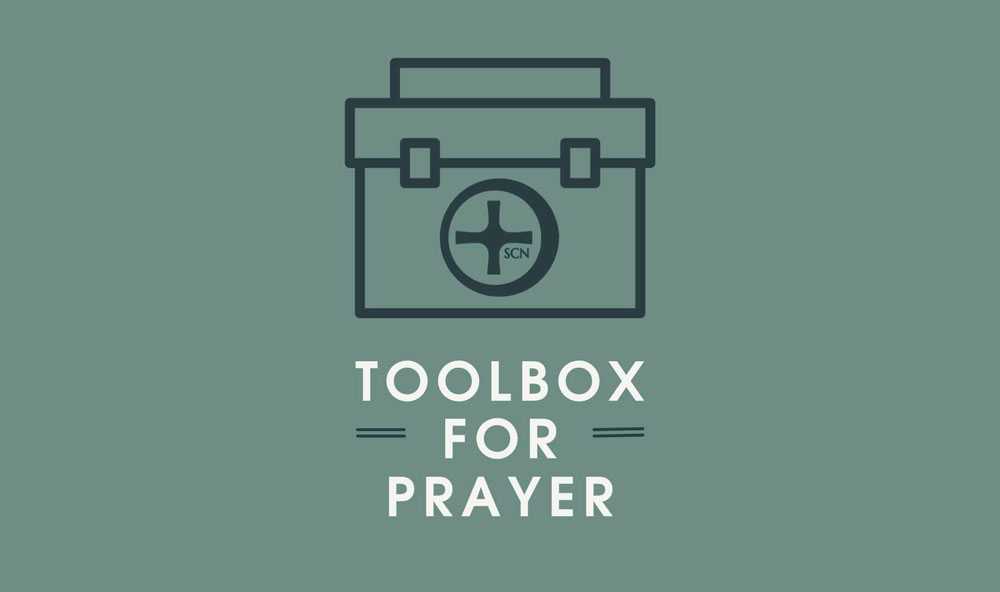 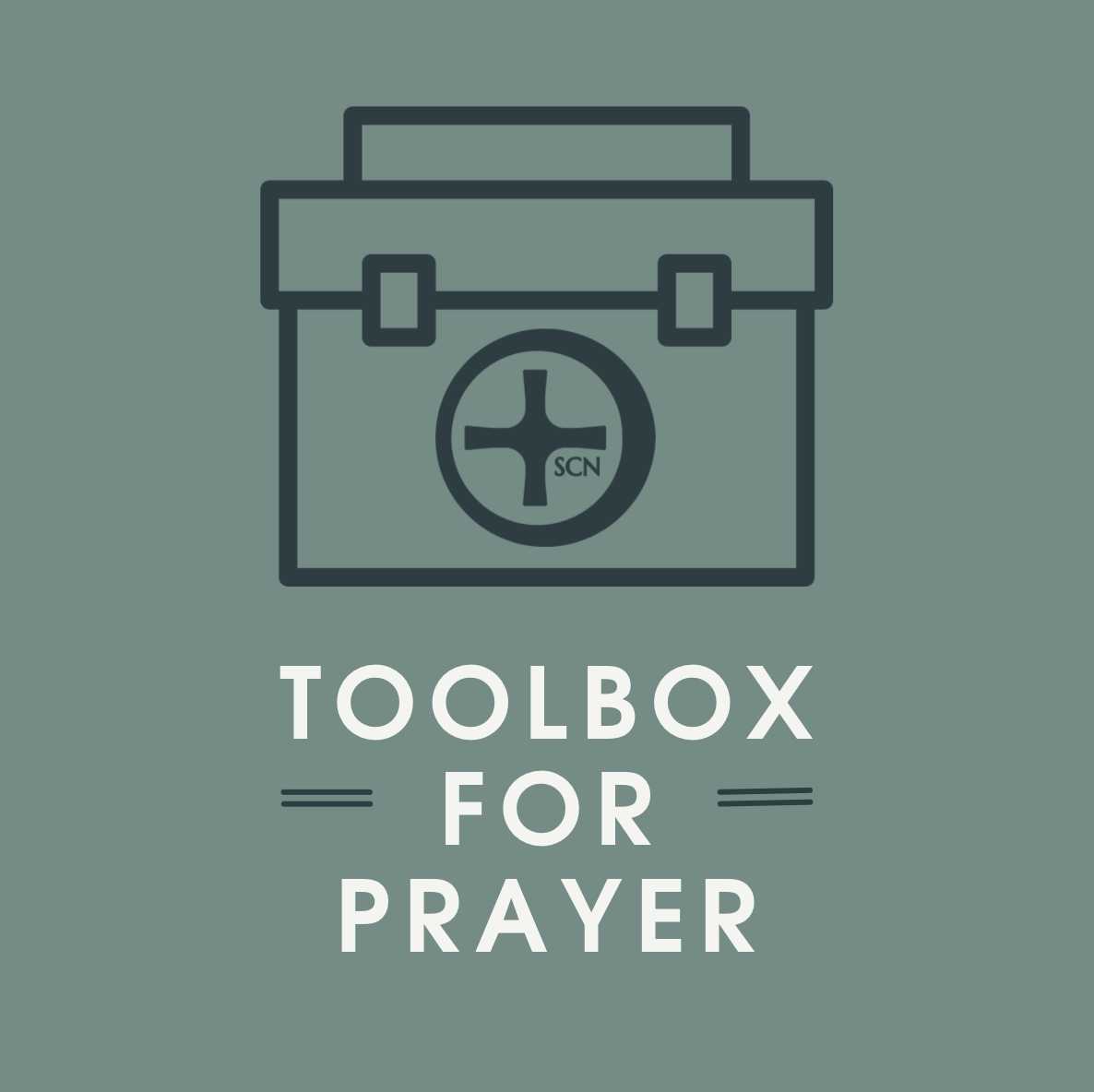 Part of the Toolbox for Prayer series

Vincent de Paul was a French priest of the 17th century whose legacy continues to this day in all who seek to live the Charism of Charity. In his early days as a priest, Vincent was challenged to discover the true meaning of his life and vocation. Vincent was an intelligent person, a naturally gifted teacher, and well educated. Vincent was open to and often sought the counsel of others. Through the events of his personal life, his experiences as a priest, his encounters with the poor and needy, and his openness to the grace of God, Vincent came to recognize the Providence of God leading him as his driving force.

Vincent was particularly moved by two events that occurred during the year of
1617. These challenged Vincent to stop and reflect on his ministry as a priest and to open himself more fully to the workings of the Holy Spirit in his life and in the lives of others. While ministering in the household of the De Gondi’s as tutor and chaplain, Vincent was brought to the bedside of a very ill man who so wanted to make a good confession before he died. In this encounter Vincent came to realize the great need of clergy to minister to the rural poor. Was God leading him to this ministry?

Not long afterward, Vincent found himself preparing for mass in the parish in
Chatillon, when he was informed of a family in desperate need of help. Vincent’s immediate response was to share this need in his homily that day. The response of his sharing was wonderful as many women rushed to the aid of the family. In this experience, Vincent realized that he had to establish an organization and outreach program that would address and respond to the needs of the poor and destitute on a regular basis. Facing this challenge Vincent, became instrumental in establishing the Confraternity of the Ladies of Charity.

The more Vincent responded to the spiritual and physical needs of others, the
more he questioned what was God asking of him. As he continued to ponder the meaning of these encounters with God in prayer, Vincent became more aware of God’s presence, the workings of grace within his own life and in the lives of others. He had endured many challenges that led him to experience his “own poverty.” Through disillusionment, trials and misunderstandings, disappointments and personal sufferings, he came to acknowledge the depth of his need for God’s goodness and mercy. At this moment in his life, Vincent had been touched by the grace of God in many profound ways. This invited him into an ever deepening relationship with God. Vincent was blessed and nurtured the tremendous love of God. These experiences led Vincent to stand before God with open hands, surrendering himself to the Will of God and allowing the Providence of God to direct his future.

Through prayer and experience, there was no doubt in Vincent’s mind and heart that Jesus lived in each poor person. He continually sought to see Jesus in all he encountered. He truly believed that it was in the poor that God was to be found. Vincent developed a deep sense of God’s presence, power, graciousness and love. This truth flowed into action. Vincent was filled with a sense of purpose, new life, energy, and zeal in the service of others. Vincent loved God not only with his heart, but also with his eyes and hands, and sought to serve the poor, the abandoned, the forgotten, the sick and needy accordingly.

“…Vincent became more aware of God’s presence, the workings of grace within his own life and the lives of others .”

The center of Vincent’s life was Jesus Christ. With his heart fixed on loving God and neighbor, he searched for whatever methods might make that love active and credible. Vincent had the unique ability of drawing others into this ministry of charity. He became a bridge between the needs of the poor and the resources of the rich. He continually established relationships with others in power to effect change within the Church and in society.

Due to Vincent’s example and dedication to the poor, and to the Mission of
Charity, others came to join him as he established the Congregation of the
Mission. He assisted and guided Louise de Marillac in the beginning the Daughters of Charity. With Vincent’s help Louise furthered the organization of the Ladies of Charity, which flourishes till today.

He challenged those who joined him to refrain from judging “the poor according to their exterior, nor according to that which appears in their way of acting. …but turn the medal, and you will see by the light of faith, the Son of God.”

Vincent made it a practice for himself as well as in his counseling of others to see the dignity of each person. In ministry, he encountered people where they were, listened to their story of life, remained sensitive to the feelings, struggles and pain of the individual. Vincent gave personalized attention responding to one individual or one circumstance at a time, all the while seeking ways to alleviate the roots causes of their suffering. He placed his faith in the grace of God, and sought never to be discouraged by rejection or by a lack of appreciation or ingratitude from those he served. Each encounter with the other led Vincent to recognize the face of God. With each moment, Vincent was drawn deeper into the love of God and trusted that through God’s graciousness the Will of God would be accomplished.

Vincent is quoted as saying: “Do not worry yourself over much … grace has its moments.”

Take some time to reflect on your life … when have you experienced “moments of grace”?

How might God be inviting you into a deeper relationship?

How might you be experiencing the movement of the spirit to further the Mission of Charity? 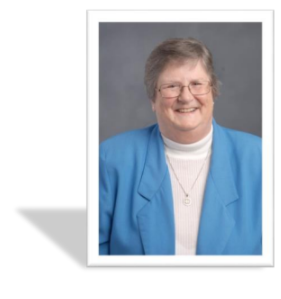 Kay Glunk, SCN, has served as a teacher, Hospital Chaplain, Director of Religious Education, RCIA, Youth Ministry, as a Parish Pastoral Minister and in Congregational Leadership, She is currently serving in Pastoral ministry to the Sisters at the Motherhouse. Sister Kay has a great love for the study of the Vincentian Charism and Spirituality.

Want to read more from the Toolbox for Prayer series? Click the links below.

Lectio Divina is a special kind of Scripture prayer. The term means a “holy reading” or “a prayerful reading” of Scripture. It is a process of praying with Scripture in a way that invites us to be more open to hear a personal and meaningful message from within the passage. This kind of prayer also leads us to a contemplative stance in our prayer with Scripture.

In this article you will find the four basic steps of Lectio Divina: READ, MEDITATE, PRAY, CONTEMPLATE. I will attempt to explain these steps in a practical way. My hope is that this process will help us to pray with the Scriptures in a richer way. This reflection is meant to aid us in understanding and following the spirit of each step and also to help us to become more open to God’s word within the Scripture passage you select.

This Toolbox for Prayer post is a video from Sister Chris Kunze. Sister Chris encourages us all to let our light shine and “see no stranger”. We must look beyond ones outward appearance, and instead see them as a sister or brother that we do not yet know. This allows us to open ourselves up to the possibility of connection, let go of the impulse to view others as different, and enables us to pay attention to others stories.

Vincent de Paul was a French priest of the 17th century whose legacy continues to this day in all who seek to live the Charism of Charity. In his early days as a priest, Vincent was challenged to discover the true meaning of his life and vocation.
Vincent was an intelligent person, a naturally gifted teacher, and well educated. Vincent was open to and often sought the counsel of others. Through the events of his personal life, his experiences as a priest, his encounters with the poor and
needy, and his openness to the grace of God, Vincent came to recognize the Providence of God leading him as his driving force.

Sisters in Pittsburgh, along with Caritas Support Services staff and a few VCS employees who work at St Louise Convent, gathered for a festive meal after the 11 AM mass held at the Sacred Heart Chapel on the May 9th feast day of St Louise De Marillac.

This Toolbox for Prayer post is a video from Sister Chris Kunze. Sister Chris provides the opportunity to reflect on the idea that there is no greater gift you can offer, that the energy of an open heart. An open heart has the qualities of unconditional love, a healing presence, innate harmony, and compassion. Opening our hearts to these qualities allows for joy filled service to be possible.

As an Indian Christian Religious, the two wings of my prayer life are Biblical and Indian Spirituality. At home, we had everyday family prayer which included Rosary and reading from the Bible. I was responsible to conduct it. It was a vocal prayer that did not touch my heart though there was devotion to do it. After coming to the Congregation too, prayer was mostly a recitation of psalms and singing of songs. Though I was faithful to it there was not much impact on my life. Prayer was like an activity I had to do but I did not enjoy it or experience anything in my heart.

The Rhythm of Contemplation

Catherine believed that God is truly present everywhere – in each person, in each circumstance of life she encountered. Through prayer and reflection she would discern, what is the loving thing to do here, right now? Then with confidence and faith she would daringly utilize all the various means at her disposal to accomplish the task that was before her and always with a gentle spirit and a loving heart.

Using Inclusive Language and Feminine Images of God in Prayer

We all know that God is spirit and as such has no sex or gender. Unfortunately, language is too limited to describe an infinite, transcendent, non-human God with whom we desire to have a“personal” relationship. We can only talk about God in metaphors, knowing that we will never fully be able to describe God.

While male metaphors for God abound in the Hebrew Bible (Old Testament), there are female metaphors to help offset an overly male God view.