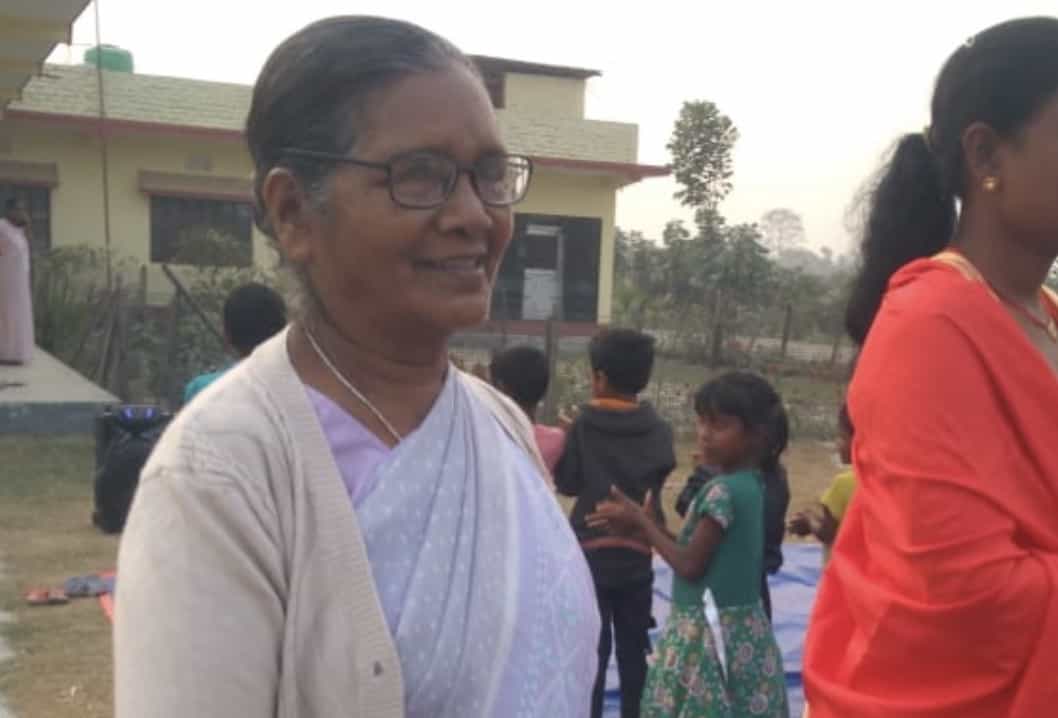 Walking in the footsteps of Mother Catherine in faith and hope with genuine love and generosity it did not take long for Sister Cornelia Ekka to win the hearts of the hostile locals in Laukahi. The pioneers to Laukahi, Sisters of Charity of Nazareth Aruna Ekka (senior), and Cornelia had a humble beginning in a dilapidated mud-tin roof two-story house. On Oct. 13, 2014, in these profound words Sister Cornelia introduced her community, “We are Nazareth Sisters. We have left our family, friends, and the familiar in India to be with you so that we can serve you. Hence, from now onwards you are our family and we hope you will accept us and support us. We believe that service to humanity is the greatest service of all and that is what we have to offer you.”

For six and a half years Sister Cornelia not only served the people and supported them in their daily struggles but also made them her extended family. She became a household name to be reckoned with in the area. They fondly called her barhi (big) Sister. 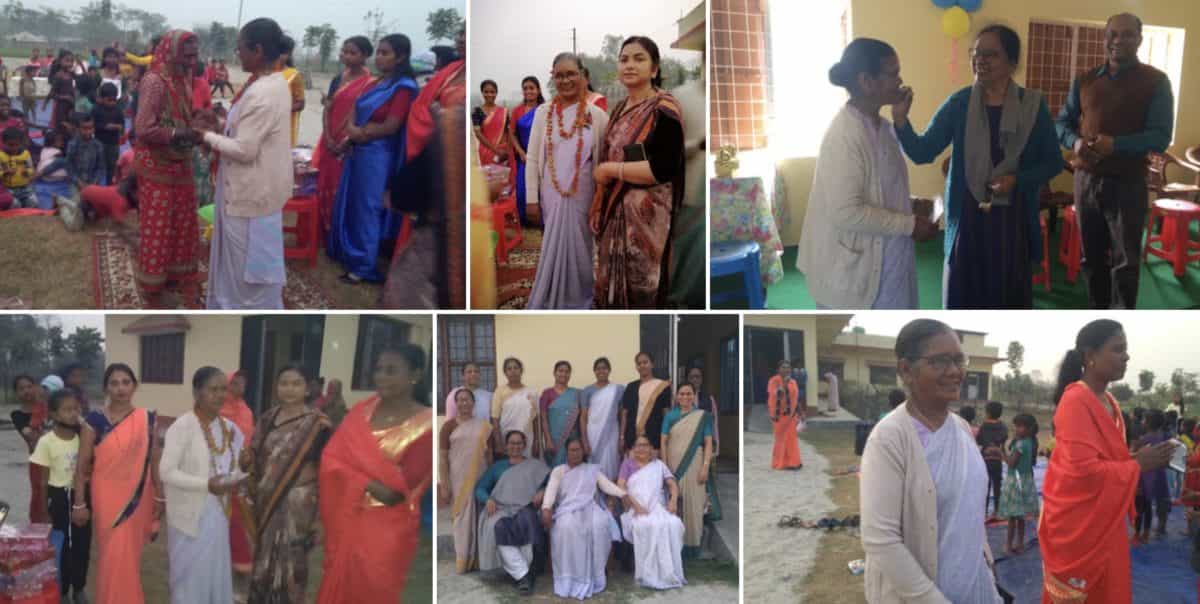 Sisters visited the nearby families, both Tribals and non-Tribals. The majority of the people are Indian-origin Tribals. Though they have crossed the border and have been in Nepal for a long time, their socio, economic, political condition, and level of education are rather low compared to other people. Sister Cornelia felt a sense of belonging to them as she herself belongs to the Uraon Tribe in India. She learned the local colloquial language, Madheshi to converse with non-Tribals and also Nepali.

Sister Cornelia supervised the construction of a small building for ministry and for the Sisters of Charity of Nazareth residence – Navjyoti Centre – in the midst of one of the longest lockdowns in Nepal. It was inaugurated on April 30, 2016. She had to ride long distances to get to places or to attend Saturday Mass on a bicycle. Saturday is the weekly holiday in Nepal.

Together with Sisters Rita Barla and Reema Tigga Sister Cornelia was instrumental in beginning many developmental activities such as one tuition center at Navjyoti and two in the nearby villages for small children. They also conduct coaching classes for high school girls and boys. They started the skills training for young women in cutting and tailoring at the Centre. The 55 plus trained women are self-employed and contributing to their family income. For the empowerment of the youth, Sisters organize regular programs for adolescent girls. Navjyoti was successful in making nine women’s groups in various villages. They have a regular savings program, classes on health and hygiene, nutrition and discussion on their well-being. Sisters Mary Bridget Lakra and Pachola Oliva Kujur are now part of continuing the Laukahi mission.

For the care of Mother Earth, Sisters dug a pond to raise the area and planted over 2000 various kinds of tree saplings in the nine-acre agricultural land with the Ministry Fund Grant. The area is affected by heavy rain, wind, lightning, and thunder. The land is sandy and soil erosion is a major problem. The growing trees will prevent soil erosion and keep the place cool and beautiful. The trees are watered and nurtured to protect them from the summer heat.

On Feb. 25, around 200 people of Laukahi Block gathered along with the surrounding families near Navjyoti Centre including 120 children from the tuition centers to bid a tearful farewell to their Barhi Sister, Cornelia. Many of them came with marigold garlands and small gifts as a token of their appreciation and love for Sister Cornelia. Manju Uraon, one of the animators said that in the initial days Sister Cornelia had to go through many hardships. And she courageously faced all difficulties and accomplished much for the welfare of the people.

On Feb. 27 around thirty religious men and women from Bharaul, Biratnagar and Dharan came for Sister Cornelia’s farewell Mass and felicitation program organized by the Sisters in Laukahi. Father Binu Jacob, SDB, superior of Bharaul community offered the Mass, and Father Leslie Pereira, SDB led the choir. Father Binu said that the presence of Sister Cornelia was felt very powerfully by the people the way she spoke in Nepali on the day of the inauguration. On behalf of the SCNs in Nepal, Sister Sunita Vayalipara thanked Sister Cornelia for her pioneering efforts in Laukahi. Sister Sunita said that the heart and hands of Cornelia were always open to serve the people of Laukahi or anyone in need.

In spite of many hardships, Sister Cornelia spoke the language of love and understanding which won the hearts of the locals, the government officials, other non-governmental organizations and children. Sister Cornelia had a heart for the poor. No one slept in the village without food after the Sisters began to cultivate their land. She was very generous with the poor and all those who came to Navjyoti Centre. Sister Cornelia will be immensely missed by the people of Laukahi. We wish you the very best as you move to Kenya mission with an open heart and hands to embrace wholeheartedly new people in a foreign land. May you be filled with God’s love and the assurance of our love and prayerful support!

Sister Cornelia leaves for Patna on March 2, 2021, to work on her papers and other necessary documents to go to Kenya as soon as the international travel restrictions are lifted in India.