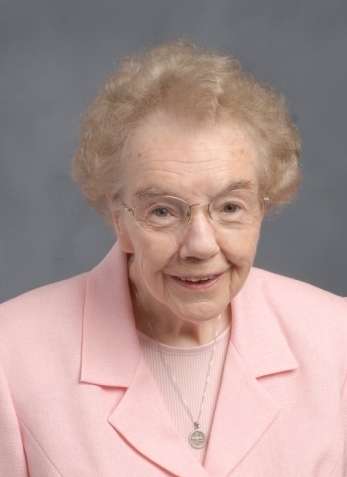 Patricia Hill, SCN, 88, (formerly Sister Patricia Marie) was born in Louisville, Kentucky. She died on July 28, 2020, in Nazareth, Kentucky. She was a professed Sister of Charity of Nazareth for 68 years.

Sister Pat served in educational ministries, teaching primary grades at schools in Kentucky and Ohio from 1952-1972. She was also principal at St. Mary Grade School in St. Clairsville, Ohio.

Sister Pat enjoyed the arts and served as a volunteer with the Kentucky Center for the Performing Arts in Louisville for 40 years.

Preceding her in death are her parents, Sylvester and Elizabeth Hill; her brothers, Sylvester Hill, Edwin Hill, Jerome Anthony; and her sisters, Elizabeth Raque, Vera Heckmann and Mary Jane Hill. She is survived by her siblings, Martha Owens, Frankie Mills, Jerry Hill, Doris Lincoln, Evie Gallusser, and sister-in-law Katie Hill. She is also survived by several nieces and nephews and by her religious community.