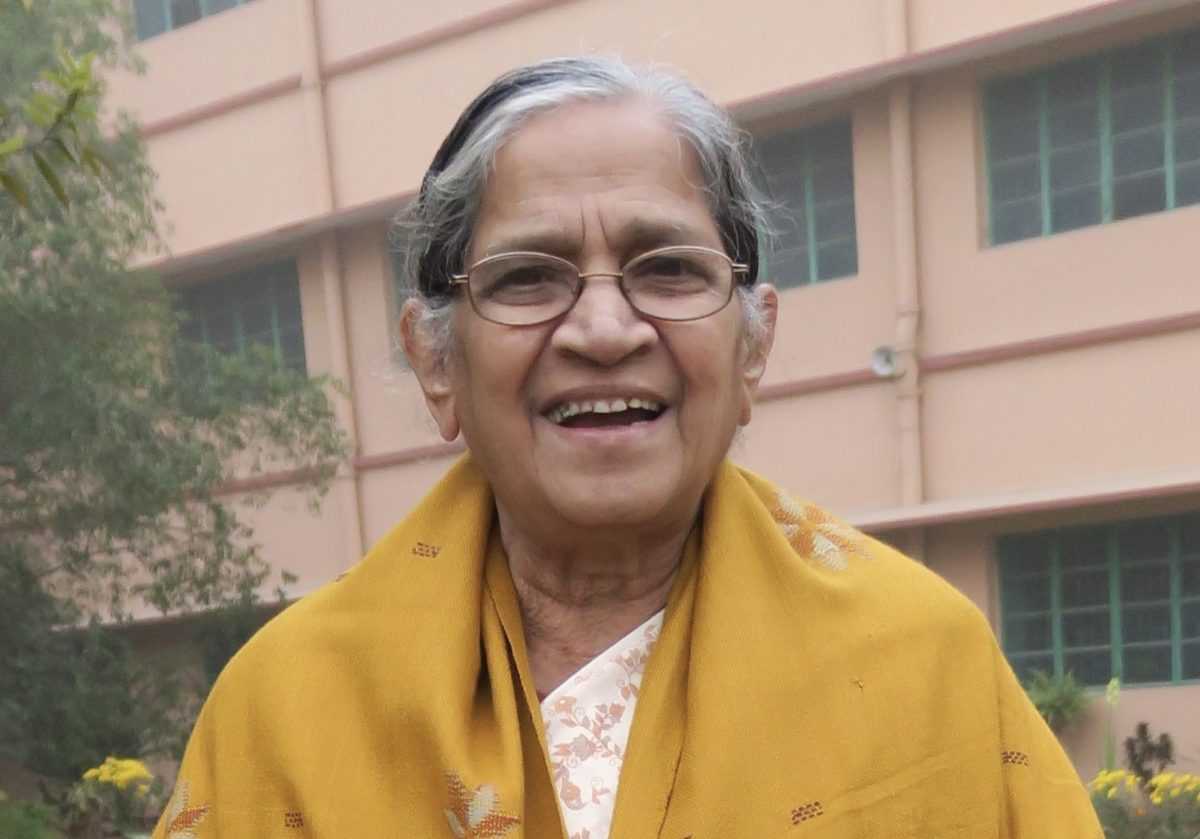 Olive Pinto (formerly Sister Theresa Pinto), a Sister of Charity of Nazareth was called to her heavenly home at 1 a.m. on April 30, 2020, at the age of 76 in the presence of her loving Sisters and caregivers at Nazareth Convent, Mokama, India.

She was born in Mangalore, Karnataka and grew up near Fort area in St. John’s Evangelist Parish in Mumbai. She was in the 55th year of her religious life. Recently, Sister Olive was diagnosed with terminal cancer of the bladder and was treated at Kurji Holy Family Hospital, Patna. Later she was shifted to SAVERA, an Oncology and Multispecialty Hospital in Patna for further treatment. She chose to remain at Nazareth Convent during her last days. She went through intense suffering and was not able to speak or eat for a week. Yet she was conscious and acknowledged in her own ways whoever conversed with her. In peace and gratitude, she surrendered her soul to her loving, creator God.

After her First Vows in 1965 and completing one-year of pre-university studies at Sophia College, Bombay Sister Olive taught English to the new candidates in Mokama. A year later, she returned to the same college for her Bachelor of Arts (BA) in Sociology. During the summer vacations, she acquired a second BA degree in Hindustani music from Pachmarhi, Madhya Pradesh, and Mussoorie in Uttar Pradesh (now in Uttrakhand). According to the choice of her ministry, Sister Olive also equipped herself with skills in rural handicrafts from Kerala, B. Ed. (Bachelors in Education) and Montessori training from Bombay.

Sister Olive served as a pioneer in Lupungutu, Chaibasa from 1971 to 1975. In January 1976, she was commissioned to Nepal for three months on a ‘look-see’ experiment in view of our future commitment to ministry in Nepal. She was also a pioneer in Mandair, a remote rural mission from1983 – 1984. Sister Olive served as candidate director for six years from 1977 to 1983. For many years she traveled to Mangalore, Karnataka for vocation promotion. In 1984, she was assigned as the tertian director for six months. She returned to formation with the Pre-novices in Ranchi for a few months in 1999 and then to the novitiate in Mokama for two years. She also taught English in the formation in Bangalore from 2006 to 2009.

Sister Olive was commissioned to the Mission Office at Nazareth, Kentucky as a liaison of the then Province Board of which she was a member. In 1986, she joined the Sokho community for pastoral ministry for three and a half years. After her many years in rural ministry, Sister Olive moved into teaching in a formal school in Jamtara from 1990 to 1992. She returned to Mokama to do pastoral ministry for the next six years. While in Mokama she also taught English in formation as well as in the Nursing School. In July 1996, she served in Ararghat mission for six months. In January 1997, she went to Biharsharif for eight months and eventually was appointed to St. Xavier’s Middle School, Lupungutu as principal. In June 2001, Sister Olive was assigned to the Vimala Vikas Kendra, a social work center for the pavement dwellers in Dockyard, Mumbai.

In May 2009, Sister Olive’s long-cherished dream of being a missionary in Africa came true by being assigned to Lobatse, Botswana at the age of 63. There too she found satisfaction in pastoral activities with the children and adults.  As she was good in languages, Sister Olive picked up the local languages, Ho, Uraon, Santhali, Setswana, etc. wherever she was missioned. Back in India in October 2015, she began teaching English at Nazareth Academy, Mokama as well as the candidates and novices. During her free time, she did the remedial classes for struggling Catholic students. In 2018, Sister Olive was appointed as the coordinator of the Pastoral Ministry in the Province. Staying in Mokama, she volunteered to work as a pastoral Sister in the parish.

The funeral Mass will be at 8 a.m. on May 1, 2020, presided over by Rev. Father Alex, parish priest and other priests of Mokama. Due to the lockdown, only a handful of SCNs from Patna and Sisters from Mokama will give Sister a fitting farewell, a woman of all seasons! Her body will be interned in the cemetery at the Shrine compound.

Sister Olive is survived by a brother, her three Sisters, and her Sisters in the religious community.

Sister Olive was a fun-loving person and she adjusted well with any people, at any place. She was artistic, loved Hindustani music, composed many new hymns both in English and Hindi, and taught the same. She was an “outdoors” person and enjoyed shopping, eating street food, entertaining people by instantly composing hilarious songs at gatherings, etc. She had such a passion for being with the poor and the ordinary people that she always found time and joy in being with them. Olive, your contagious laughter and loving earthly presence will always be missed by your Sisters and all those who loved you as a holy and spiritual person. Above all, you will always be remembered for your indomitable spirit of being with the neediest people till the very end out of your deep love for God!