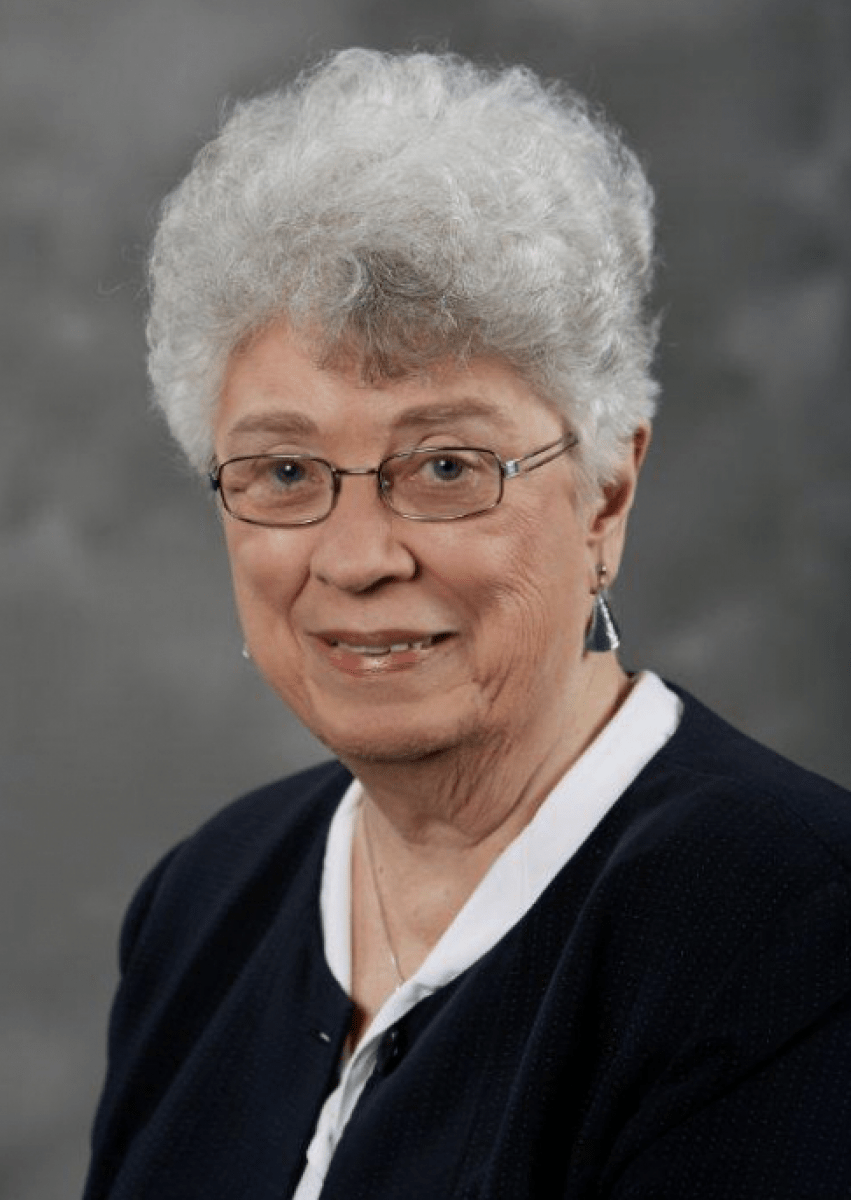 Sister Liz’s earliest ministries were in education, teaching seventh and eighth grades at St. Benedict, Lebanon Junction, Kentucky; St. Gabriel, Fern Creek, Kentucky; Holy Family, Louisville; and St. Margaret, Lowell, Massachusetts. In 1966 she returned to St. Benedict to serve as the principal and eighth-grade teacher for the next five years. During this time, she also majored in German, earning her bachelor’s degree in the language from Spalding University in Louisville. Both of Sister Liz’s parents were born in Germany.

In 1971 she began her ministry in religious education through the Rural Office of Religious Education (RORE) of the Archdiocese of Louisville. During this time, she served 30 counties, living in New Hope, Kentucky, and Nazareth, Kentucky, until 1980. She served as the director of RORE for her last two years in that office. During this time, Sister Liz earned a master’s degree in religious studies from Mundelein College, Chicago, IL.

In 1975 Sister Liz, at the request of Sister Barbara Thomas, helped to prepare the first pastoral team from Sacred Heart Parish, Dangriga, in the Diocese of Belize. Those sessions were held at Nazareth, Kentucky. Sister Liz subsequently traveled to Belize for five consecutive summers to offer training sessions with two other pastoral teams. This formation was critical as it became the basis for strengthening lay leadership in the Diocese of Belize.

Sister Liz served her SCN Community as the director of temporary professed and later as director of novices. She was elected to a five-year term to regional leadership for the northern region in Quincy, Massachusetts and then elected as president of the SCN Congregation in 1993.

As President of the Congregation and chair of the Sisters of Charity of Nazareth Health System, Sister Liz was instrumental in moving the SCN hospitals into the newly established Catholic Health Initiative (CHI) health system. She subsequently served on the board of CHI for nine years and as chair of the CHI Board of Stewardship Trustees for one term.

She freelanced as a facilitator and consultant for several Religious Congregations and non-profits and volunteered with Sister Visitor in Louisville. The people of the rural and mission areas of Kentucky, the elderly of the West End of Louisville whom she served through Sister Visitor, those in prison whom she visited, as well as her family, friends and community members, held a special place in her heart.

She is survived by her brother, Theodore H. Wendeln, (wife – Jerri), her sister Betty A. Wendeln Cousins, five nieces and nephews, their children and grandchildren, and her religious community, the Sisters of Charity of Nazareth.

Funeral Arrangements are being handled by Ratterman Funeral Home, 3800 Bardstown Road, Louisville, Ky. Memorials may be made to Office of Mission Advancement, P.O. Box 9, Nazareth, KY. 40048.