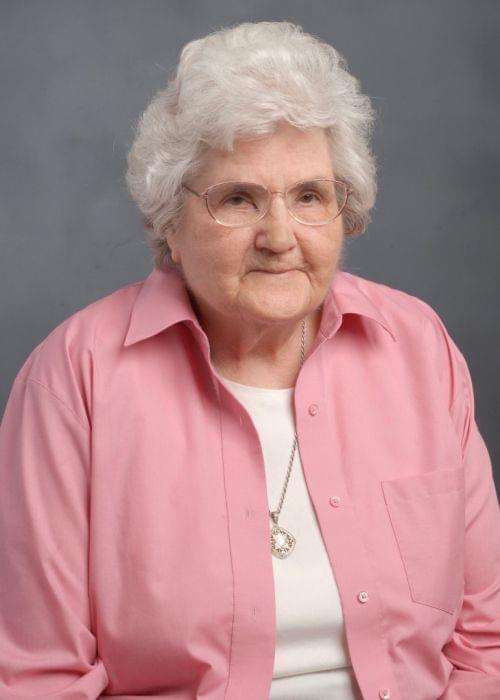 After Vatican II, new awakenings came to Sister John William, who changed to her baptismal name Dolores. In 1971, she asked and received approval for a 9-month sabbatical at Madonna House in Combermere, Ontario. There she had spiritual direction and time and place for prayer, which reinforced Dolores’ vocation call to live her life “for the sake of the Kingdom.” She then served children at St. Thomas-St. Vincent Home in Anchorage, Ky., and the migrant community at the Health Center in Ruskin, Fla. Sister Dolores continued to devote her life to health care ministries as a hospice nurse in Paintsville, Ky., and at the Floyd Co. Health Dept. in Prestonburg, Ky. From 1997-1999 she worked at the Nelson County Courthouse in social services.

Sister Dolores served her SCN Community in many ways: as a staff nurse at the Motherhouse, as a volunteer with the SCN Mission Office, and as an assistant sacristan for St. Vincent Church. Upon retirement, she worked in the Thrift Shop at Nazareth and provided hospitality at Russell Hall on Nazareth Campus.

She is survived by her sisters Lavon Cecil and Charlotte Ann Hall and by her brother Albert C. Greenwell. She is also survived by her extended family and her religious community, the Sisters of Charity of Nazareth.

Her family wishes to express their heartfelt gratitude for the loving care she received from the staff and the Sisters of Charity of Nazareth at Nazareth and Nazareth Home.

For more on Sister Dolores, you can visit: https://nazareth.org/sister_dolores/

A slideshow and video of the Mass can be viewed below: