Grandparents are the greatest treasures, founders, storytellers and keepers of the traditions in the family. Honoring these legends, Nazareth School, Banakal, celebrated Grandparents’ Day on July 26, 2022.
About 200 grandparents were present to celebrate the day with their grandchildren. They had an audio-visual treat in form of dances, songs and skits, all of which spoke of the value the elders brought to the young families of their children. They also raised the concerns of neglected senior citizens of society.

Mr. Ninge Gowda, a retired teacher and Mrs. S.R. Vinodha, a retired headmistress, were the guests of honor. It was a great opportunity for the children to express their love, respect and care for their grandparents.
Sister Hilda Lobo, SCN, the principal, highlighted the importance of the role of the grandparents in the families, especially, in the lives of their grandchildren. The grandparents received mementos in remembrance of the School’s Silver Jubilee. The grandparents also participated enthusiastically in the program by singing melodious songs. 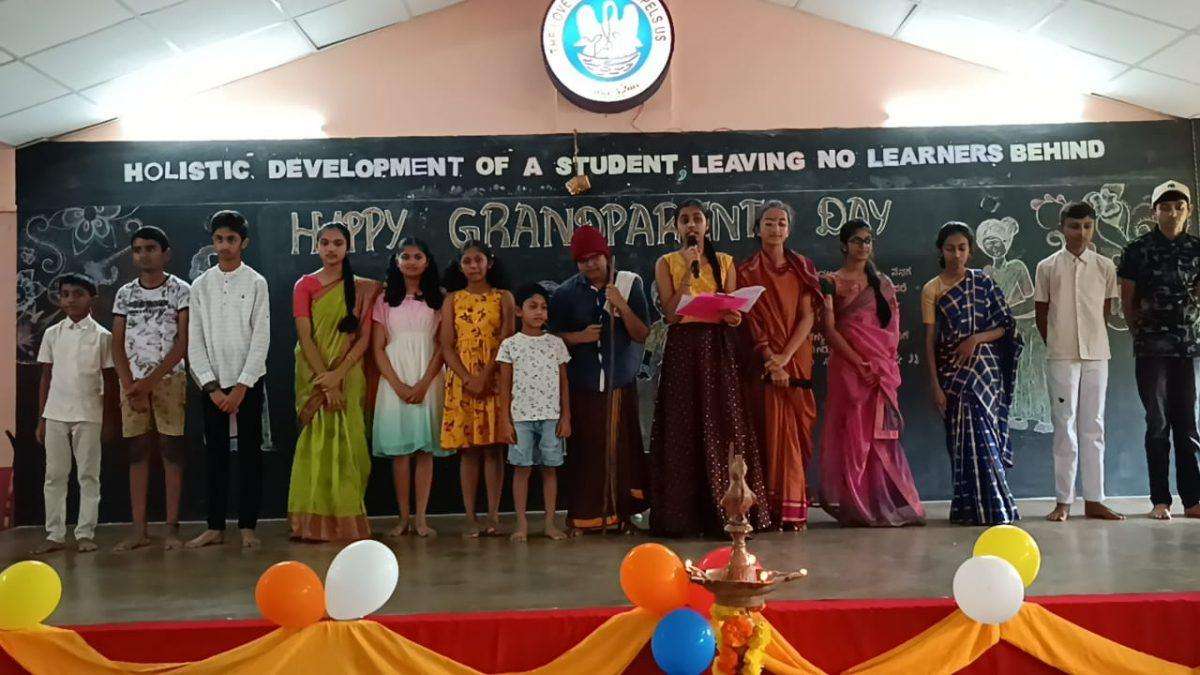