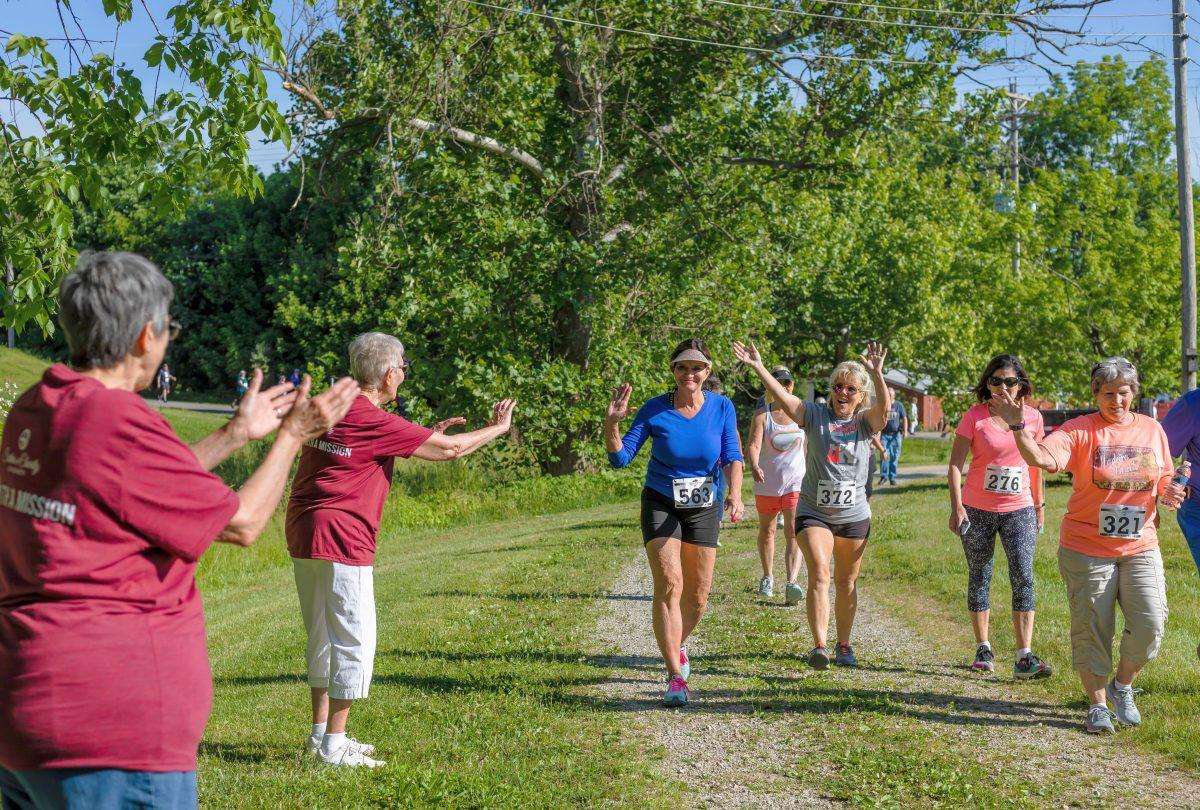 On a sunny Saturday, crowds of men, women and children gathered at the Nazareth Motherhouse Campus in Kentucky, where they greeted Sisters, learned about missions and ministries, and joined in a morning of healthy competition and camaraderie. The visitors were taking part in the Run with Mission Nazareth 5K, held on June 4, 2022. This was the first in-person race since the 5K launched in 2019.

The 5K took participants around the campus, starting and ending at the Motherhouse. Along the route, signs and photos offered a glimpse at the global ministries and impact of the Sisters of Charity of Nazareth. Several Sisters and volunteers lined parts of the route waving pom-poms and homemade signs to cheer on the runners, and a few took part in the race themselves. Sangeeta Ayithamattam, SCN, President of the Congregation, said the event brought a lot of life and energy to the campus.

The race attracted nearly 300 participants and will support the Pabalelong Hospice in Botswana. 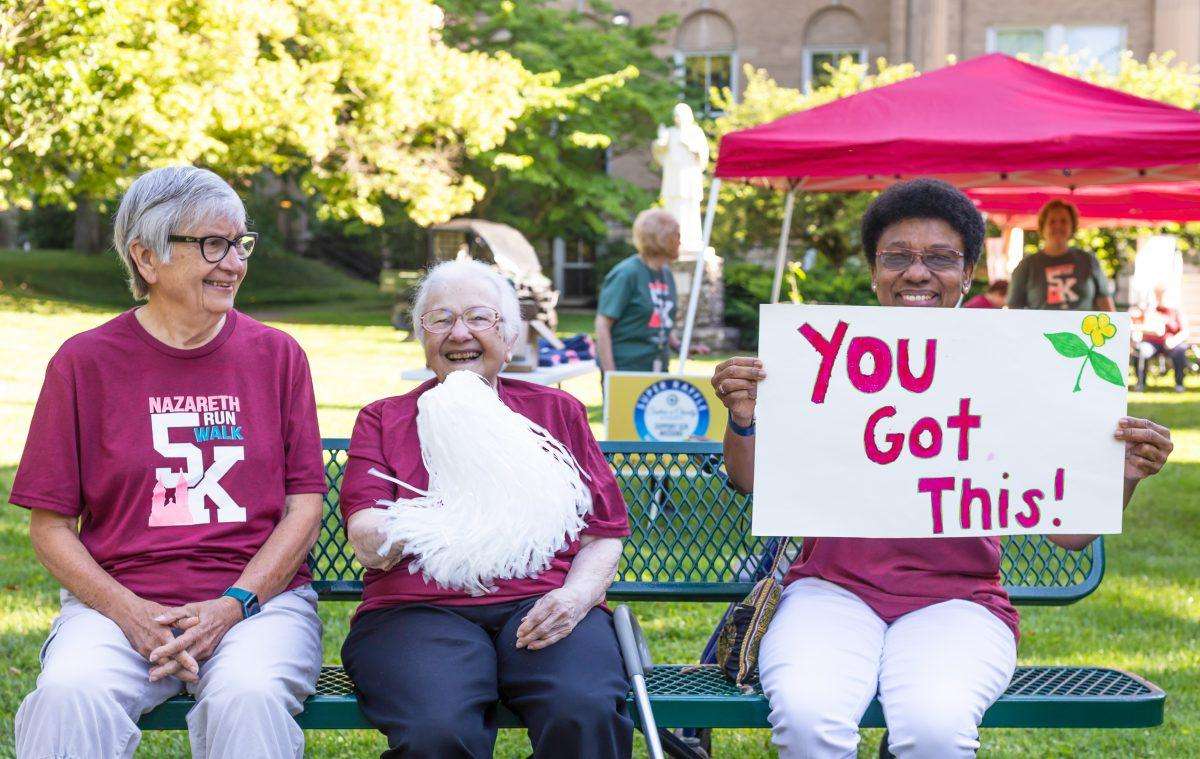