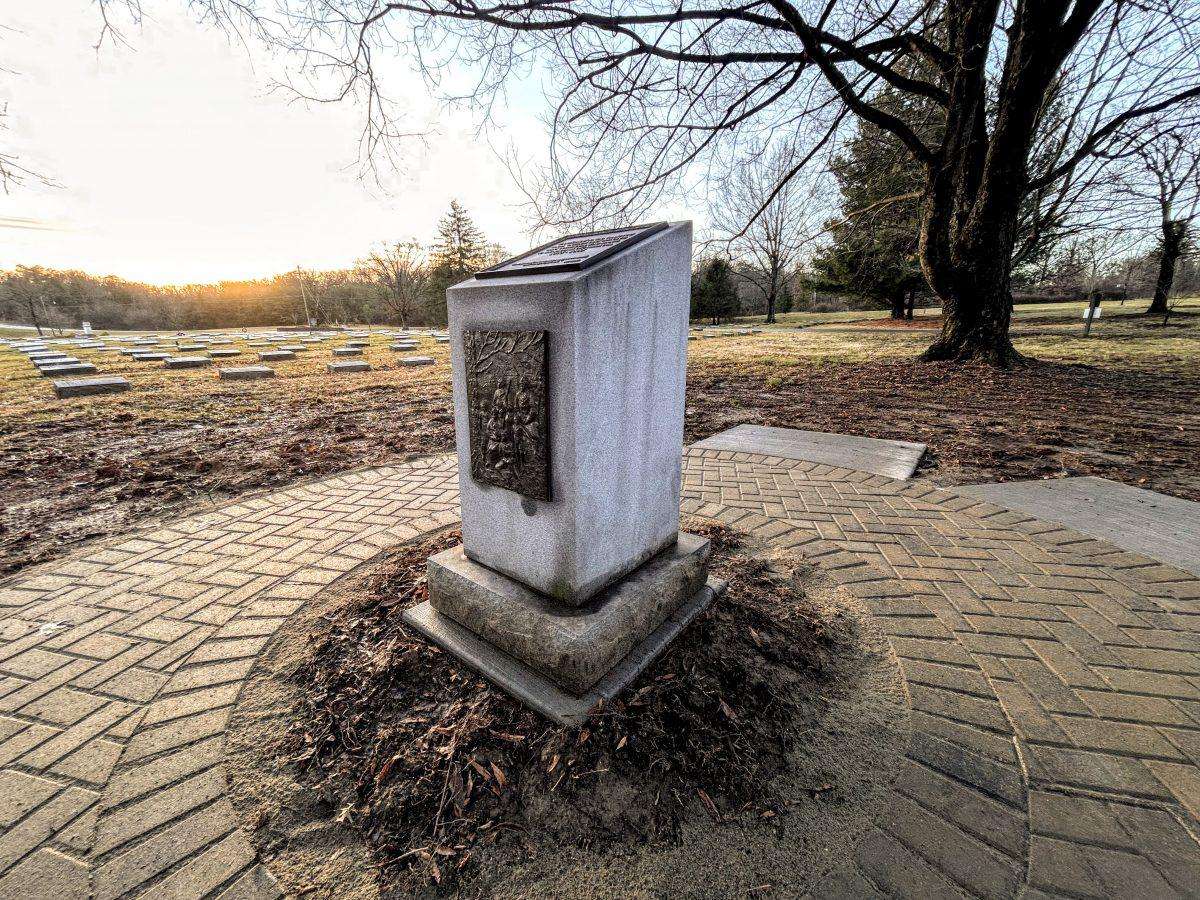 A monument honoring enslaved people buried at Nazareth was relocated this week to a more prominent location in the Nazareth Cemetery.

The monument, which features a bronze plaque depicting a family and extended family members, was unveiled on the campus in 2012 during the Sisters of Charity of Nazareth’s Bicentennial year. 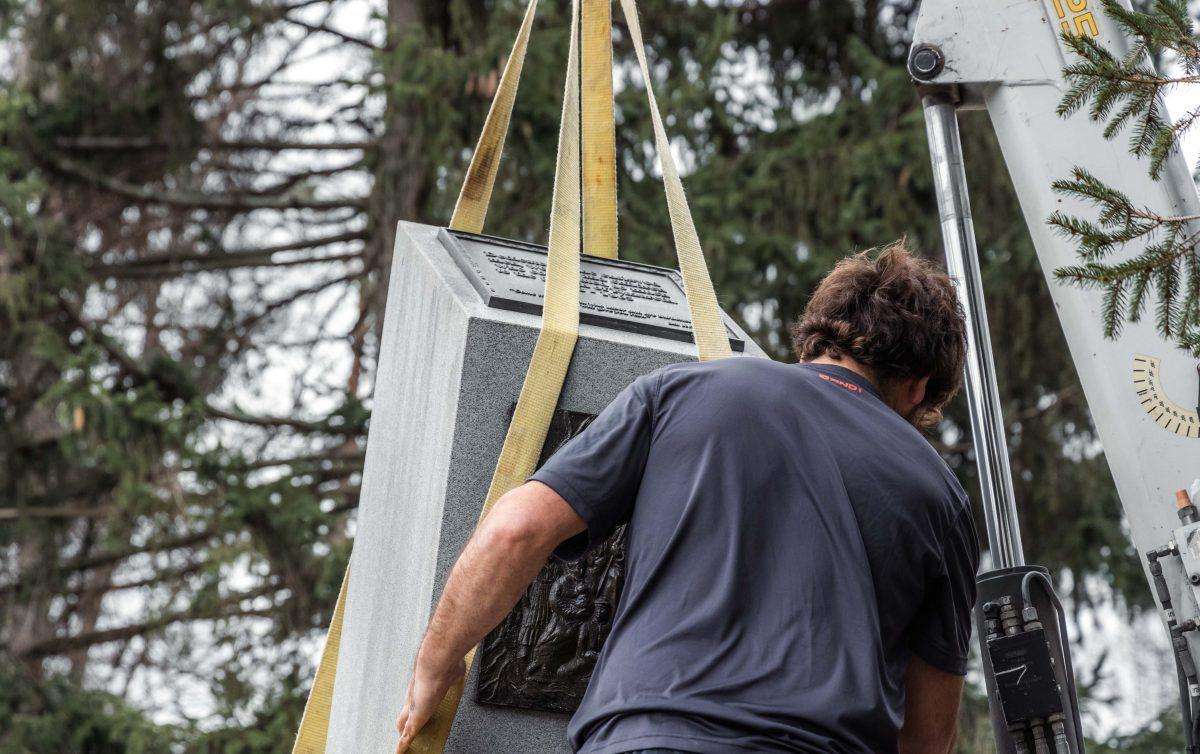 The monument is loaded onto a truck bed for transportation.

The project to create the monument was launched after Sisters discovered “unknown people” were buried in the cemetery. Today, the statue lists the names of 28 men, women, and children buried alongside the Sisters.

For a decade, the monument sat along the walkway in front of the cemetery near the Stations of the Cross. In 2022, however, leadership announced plans to construct a memorial plaza near the cemetery’s new entrance and move the monument there. The plaza allows easier access to walk around the monument and view the names, and will also feature seating and a place for reflection. 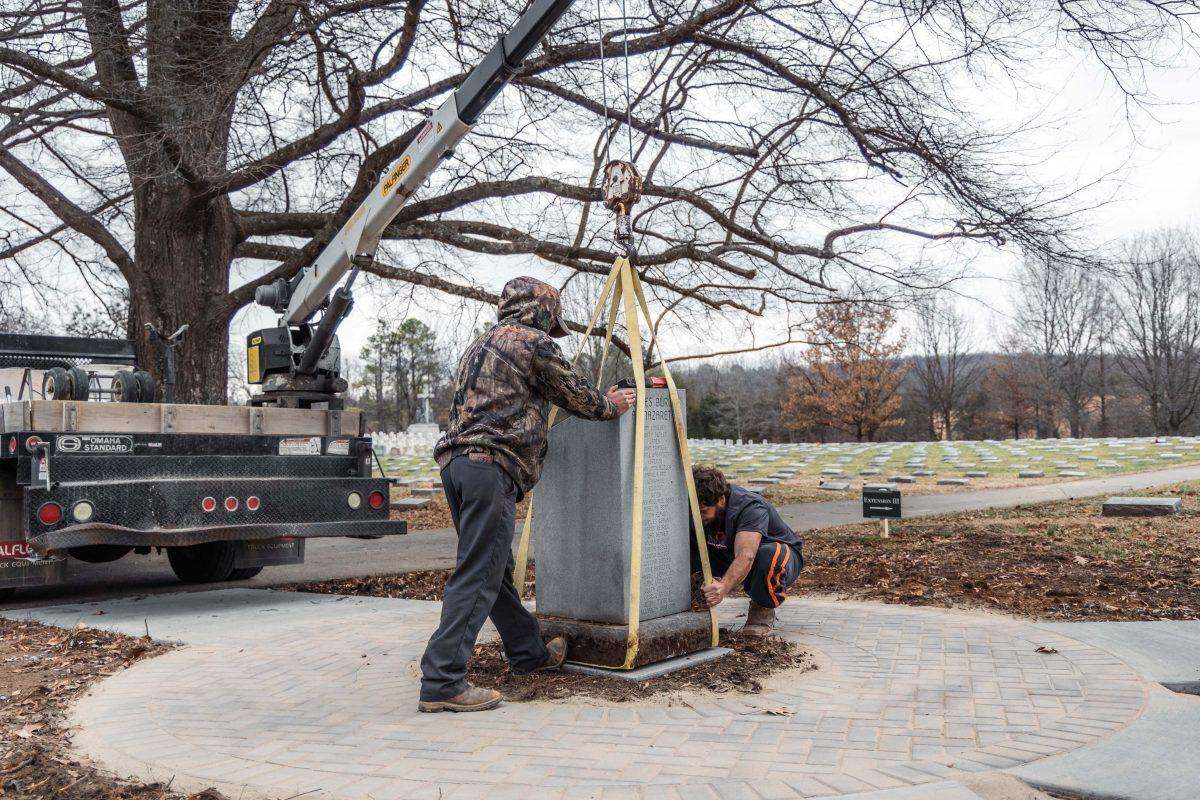 The monument is carefully placed in the center of the new memorial plaza.

Rock of Ages monument company moved the monument to the new plaza on Wednesday and will return to clean the statue and remove residue. Now that the monument has found a new home, the next stage will be to install the seating and finish landscaping the plaza, which will take place in the coming months.