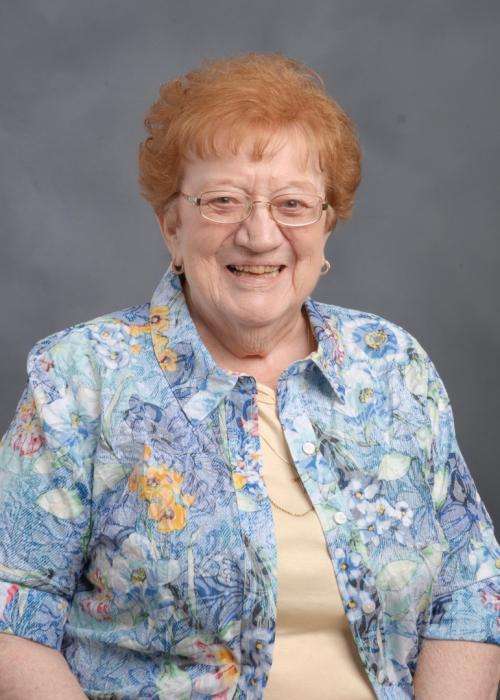 Miriam Frenke, SCN, 89 (formerly Sister Arthur Miriam) was born in Louisville, Ky., on Sept. 4, 1937, and given the name Yvonne. She was the youngest of four. She died on Nov. 16, 2022, in Louisville. She was a professed Sister of Charity of Nazareth for 67 years.

Sister Miriam spent one year teaching sixth grade at St. Anne’s in Memphis, Tenn. and then started her nursing training at St. Joseph’s Infirmary in Louisville, where she became the night supervisor. Ultimately, she spent 45 years in health care ministry and health care education. She completed nurses’ training at St. Joseph’s Infirmary in Louisville, then earned her bachelor’s degree in nursing from Nazareth College in Louisville and later obtained her master’s degree in nursing from the University of Alabama in Birmingham. She became a certified nurse practitioner in 1985.

From 1959 to 1969, she served as psychiatric nursing supervisor and later as director of nursing at Our Lady of Peace in Louisville. She then served in a similar ministry at St. Vincent Infirmary in Little Rock, Ark.

She spent 20 years as a faculty member in the Nursing Department at Spalding University, instructing and training nursing students. She worked in family practice at the University of Louisville. From 1997 to 2012, she served persons with HIV/AIDS as an outreach nurse educator at the House of Ruth and then as a pastoral care coordinator at the AIDS Interfaith Ministry with Hand and Hand Ministries.

Sister Miriam served her SCN Community as associate regional for the Louisville area from 1991 to 1996.

Funeral Arrangements are being handled by Ratterman Funeral Home, 3800 Bardstown Road, Louisville. Memorials may be made to the Office of Mission Advancement, P.O. Box 9, Nazareth, KY. 40048.