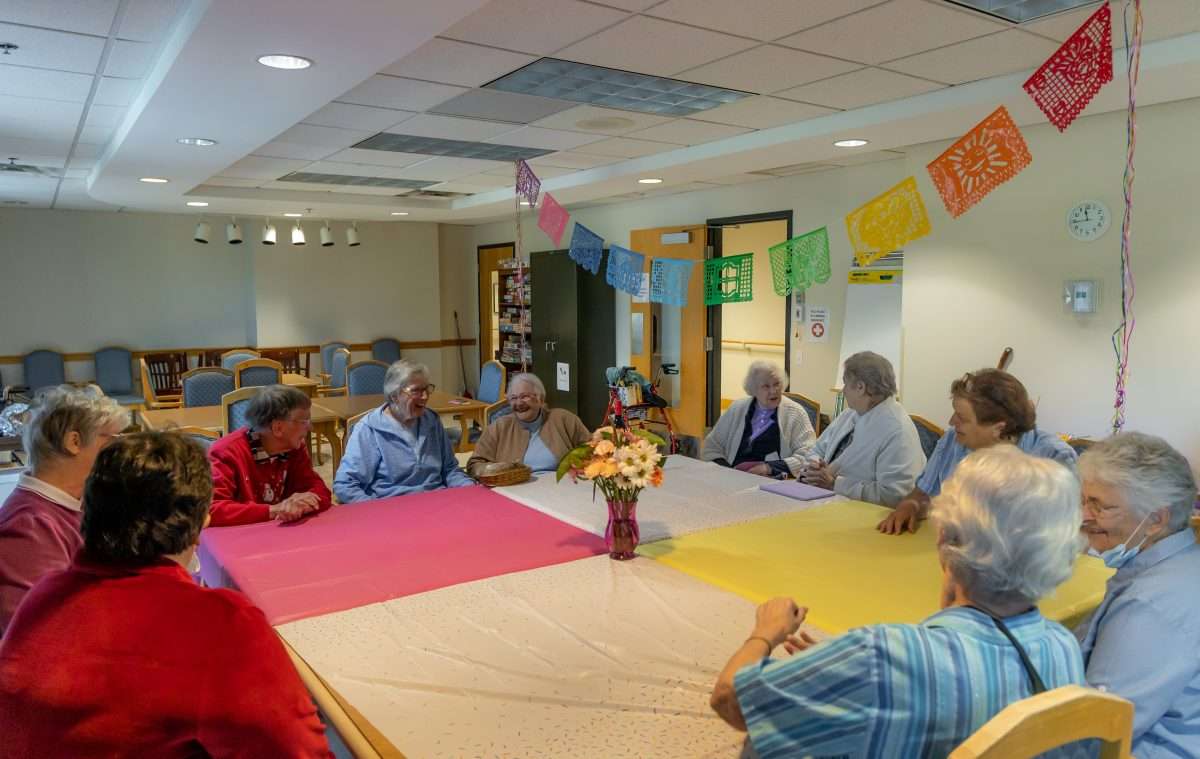 Sisters surprised Paschal Maria Fernicola, SCN, on Thursday with cake, gifts and well wishes as she concluded her Spanish lessons at Carrico Hall.

Sister Paschal started teaching the basic, conversational courses to Sisters and even staff members last year. Being of Italian heritage, Spanish is not Sister Paschal’s native language, but rather one she chose to learn during her many years in mission in Texas near the Mexican border. The children of those Spanish-speaking communities, she said, were the best teachers. 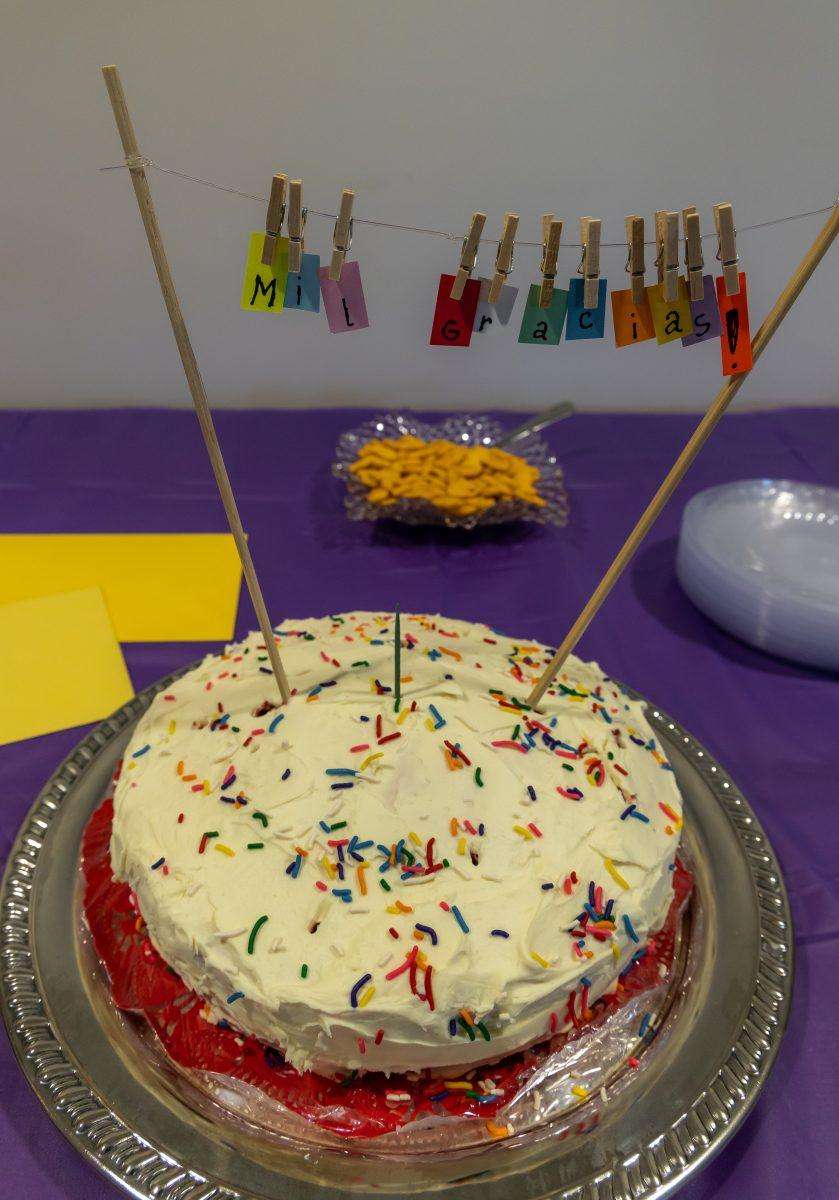 Sister Sarah Geier made a special cake for Sister Paschal’s Thank You celebration.

Sister Paschal recounted a few humorous tales about learning the language for the first time, including a mix-up with the words “Pope” and “potato” that resulted in a laugh-filled encounter. As she worked harder, though, and with the help of others around her, she became fluent. She also enjoyed some of the similarities she found between Spanish and Italian, which she grew up speaking at home.

“I’m so glad I (learned). It’s been such an enrichment for me,” she said of studying Spanish.

The afternoon was bittersweet as the Sisters gathered around the table sharing stories and memorable moments from class, and sang songs together in Spanish. The Sisters showed great appreciation for Sister Paschal’s efforts over the last year, saying that no matter how skilled they became at the end of the lessons, it was Sister’s joyful presence that made all the difference.

While Sister Paschal will no longer host group lessons, she invited the Sisters to chat with her one-on-one if they ever want to brush up on the language, and encourage them to keep learning as much as they could. 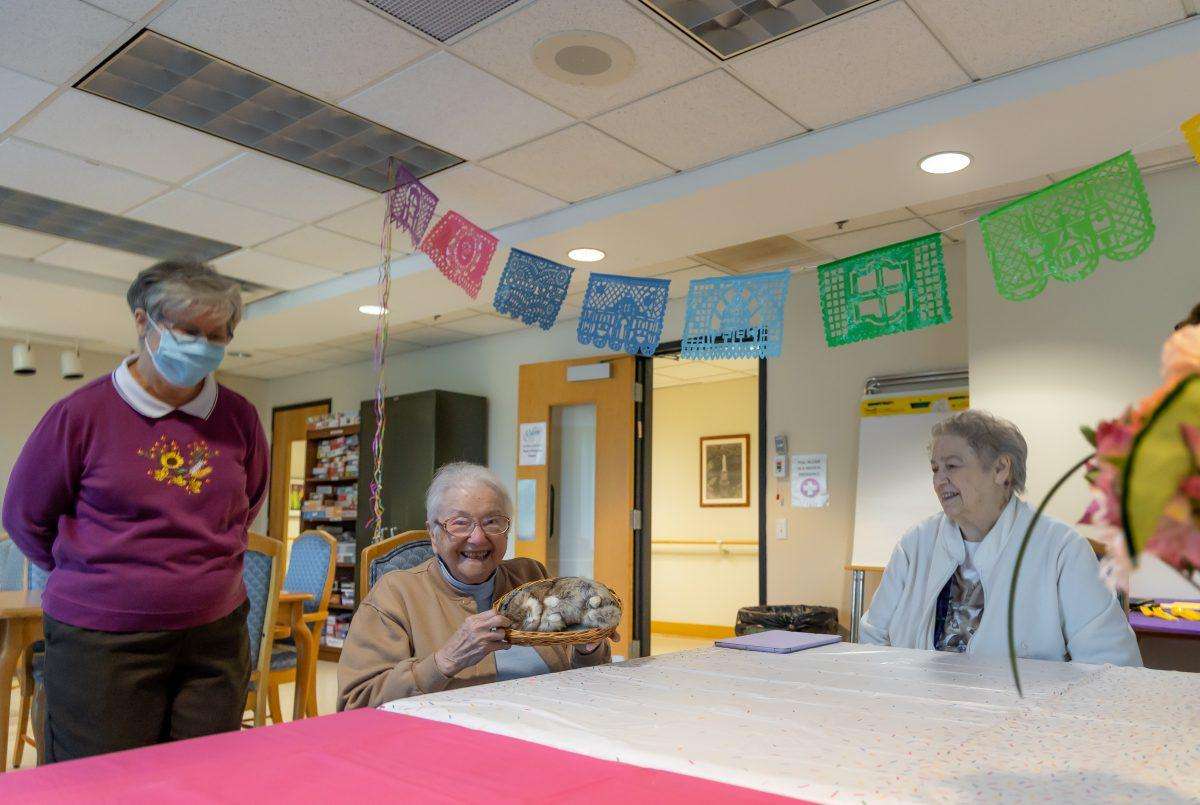 Sister Paschal was gifted a sleeping cat decoration, wine and other gifts from her students.