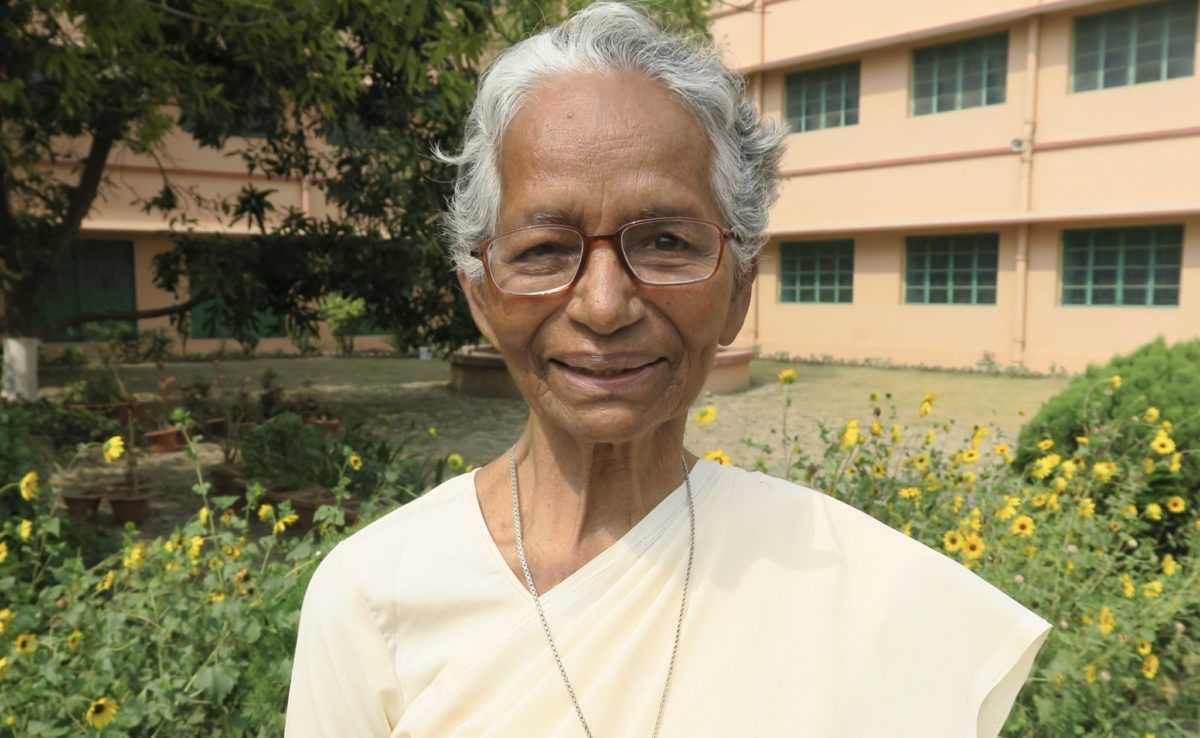 Sister Mary Juliana was born at Thilma Village in Khunti Parish. After completing her General Nursing from Holy Family Hospital, Mandar, Ranchi, she joined the SCN community in Mokama in Dec. 1961. Sister Mary Juliana has been a professed Sister of Charity of Nazareth since 1964.

Sister Mary Juliana was first missioned in Nazareth Academy, Gaya, as a school nurse. She completed her intermediate studies from Ram Ratan Singh College, Mokama and went to St. Xavier’s College, Ranchi to complete her graduation. She also obtained a diploma in Public Health Nursing from Bara Hindu Rao Hospital, Delhi in 1968.

Sister Mary Juliana had been missioned in Chatra for a year in 1970 and she made her Final Vows on July 19 in Chatra. She was a pioneer at many of our missions starting from Lupungutu, Chaibasa in Sep. 1971. In Dec. 1980, she was a pioneer at Bethel, Golmuri when we began a community for the SCNs who were then working with the Diocesan social work team. She was privileged to be a pioneer of Khorimahua mission in 1984. She was also one of the three pioneers at Xavier Institute of Tribal Education, Jamshedpur in Sep. 2003.

Sister Mary Juliana was in community ministry at Provincial House, Patna in 1992 and for four years in Delhi from 1995. She moved to Gurgaon in 1999 and stayed till 2003 teaching the slum children and the children of the commercial sex workers.

Sister Mary Juliana also had her share of foreign mission in Dharan, Nepal. She was a daring missionary that she volunteered to be in community and mission with the Sisters in Dharan after the tragic death of Sister Preeti Chalil in 1993.

In her later years, Mary Juliana opted to teach the health assistant trainees at Deepanjali Community College in Gumla, Jharkhand in 2007. She taught over 100 students in seven batches for seven years. Most of those girls are working and leading a good life today.

From 2014, Sister Mary Juliana had been in prayer ministry at Shalom, the retirement house at Nazareth Convent, Mokama. As a true missionary, Sister Mary Juliana found ways by which she could still reach out to people in need. She taught the illiterate domestic working girls in Mokama.

Sister Mary Juliana was our first Tribal to join the SCN community. Sister Juliana, in the true pioneering spirit of Mother Catherine, you stretched yourself to people of all categories throughout your life. You were a model in religious life especially in aging gracefully. We will always remember how you enjoyed the simple ordinary things of life including fun times. You often entertained us with your storytelling. You had a fantastic memory and you took pride in your cultural heritage. Your gentle compassionate ways won the hearts of many.

Mary Juliana is survived by her sister, Bernadette Tuti; nieces, nephews, cousins and her Sisters in religious community.