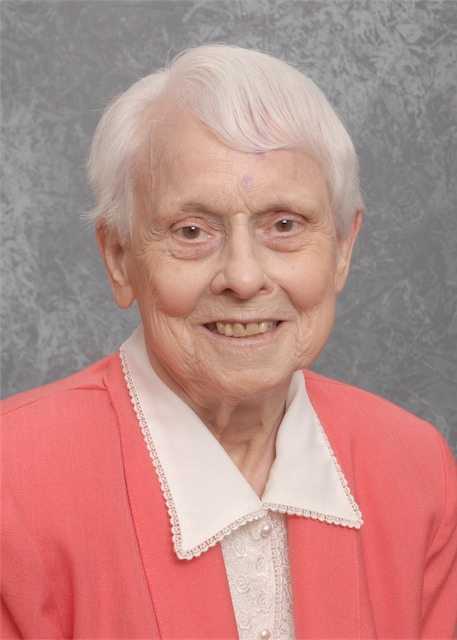 Mary Jeanette Cambron, SCN, 94, a native of Waverly, Kentucky, died at Nazareth Home, Louisville, Kentucky, on Sunday, July 26, 2015. She had been a Sister of Charity of Nazareth for 76 years. Sister Mary Jeanette entered the SCN Congregation on Sept. 24, 1938, and was recommended by Msgr. John M. Higgins of Sacred Heart Parish.

After her profession of vows, Sister served in elementary education in Kentucky, Ohio, Tennessee and Virginia as a teacher for 36 years. Her last assignment as a teacher was at St. Ann’s School, Morganfield, Kentucky, where she taught from 1975–76. Sister later served at Spalding University in Louisville, Kentucky, as secretary and administrative assistant from 1979–88. Sister served as pastoral associate and chaplain at St. Vincent Infirmary Medical Center in Little Rock, Arkansas, from 1988–99. In retirement, Sister served in the Apostolate of Prayer.

Survivors include nieces and nephews, and her religious Community.