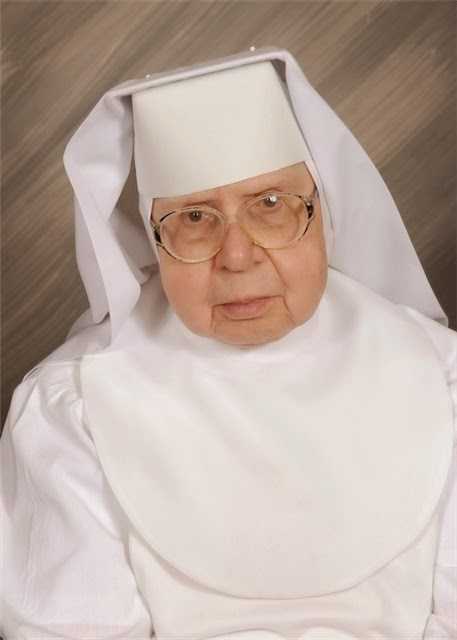 Mary George Verlich, SCN, 90 died at Lourdes Hall in St. Louise Convent on January 14, 2014, having served God faithfully for 73 years.  Sister Mary George was originally from Clairton, Pa.  She entered the Congregation of the Vincentian Sisters of Charity from St. Joseph Parish in Clairton, PA in 1941.

During her years of ministry in the Dioceses of Pittsburgh, Greensburg, Youngstown, Ohio and Mobile, Alabama, Sister Mary George served in various assignments, including kindergarten, catechetical and elementary school teacher, convent housekeeper, as well as a parish organist for 33 years. Prior to her retirement, Sister was the dietitian for 20 years at the Vincentian Motherhouse where she was greatly regarded for her organizational skills, immaculate kitchen and delicious meals. Her final years from 1995 to the present were devoted to prayer ministry in the Lourdes Hall infirmary.

Sister Mary George was preceded in death by her parents, John and Bertha Verlich, her brothers Matthew, John, and Edward and her sisters, Sister Francis Borgia, VSC, Vida Vrabel and Vilma De Maio. She is survived by a sister-in-law and many nieces and nephews.