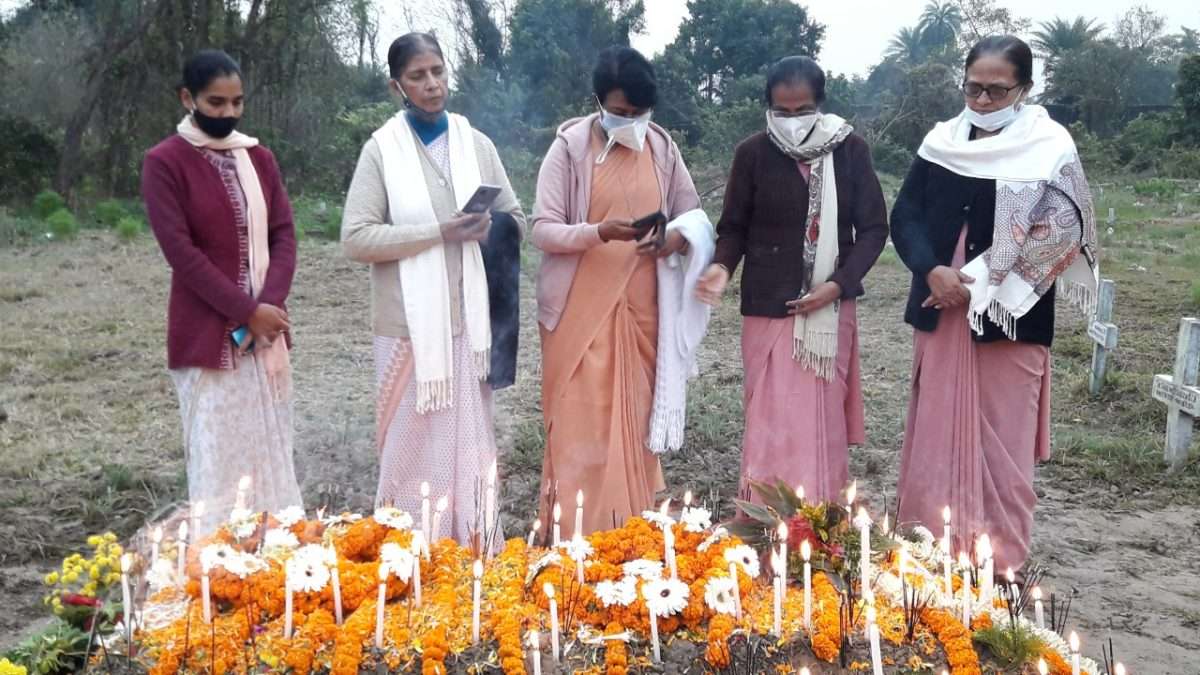 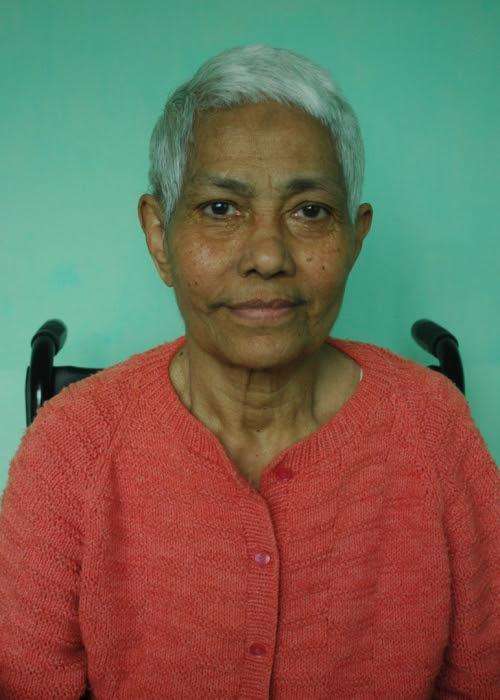 Marietta was born on Jan. 20, 1937, at Merlapadav, in Mangalore. She was the youngest of 13 children, eight girls and five boys.

When she was in teacher training, Sisters Ann Bernadette and Patricia Kelly had gone to her parish for vocations. So after a year of teaching in the school, she left for Mokama on August 16, 1959. She entered the paustulancy on Dec. 21, 1959, and the novitiate in 1960. She made her first vows on Dec. 21, 1962, along with Sisters Margaret Rodricks, Mary Scaria & Elizabeth Nadackal.

Soon after her first vows, she was selected to go to the U.S. for further studies in home economics, a degree course. By working hard, she completed her studies in two and a half years.

Upon completion of her college studies, she was appointed principal of St. Xavier’s School, Mokama, and brought up the standard of the school in cooperation with others.

At the end of three years of Principalship, she was appointed as diocesan director of catechetics in Patna Diocese. This appointment by Bishop Wildermuth in agreement with the provincial, Sister Teresa Rose came after the course of three months of self-Renewal and Church renewal at NBCLC Bangalore. As director of catechetics, she had the privilege of touring the whole diocese of Patna, training teachers in the teaching of catechism. Later she joined the staff of the National Biblical, Catechetical and Liturgical Centre in Bangalore and worked on the national level for five years.

In 1975, she was requested by the authorities to go for Postgraduate studies in religious education and in counselling and psychology. Sister Marietta secured a double masters by the end of June 1977 from Fordham University (New York) and Spalding University (Louisville, Kentucky).

On her return to India in 1977, she was appointed as superior of Nazareth Convent in Ranchi, a study house for our candidates and later as director of education for the India Province. In both these roles she was content serving the community, but in 1981 March, upon receiving a request from the Archbishop of Bangalore, Sister Marietta was sent by the provincial to serve as prefect of studies at the Sudeep Training Institute, an institute for the ongoing formation of Sisters in India and other Asian countries.

Working in Sudeep Training Institute was a challenging experience where she had the opportunity to utilize her talents and education for three years.

In 1984, while teaching in the novitiate and as directress of SCN tertians preparing for final vows, Sister Marietta continued to conduct courses and seminars for the formation houses of various religious congregations. She also taught the psychology of women at St. Albert Seminary in Ranchi. She was the first and the only female professor of the seminary at that time. She also took some classes for the Gabriel Brothers in Ranchi. Marietta served as the education director from 1986-1990.

In 1990, the then Archbishop of Delhi, Angelo Fernandes invited the Sisters of Charity of Nazareth to open a counselling centre at the cathedral parish. Sister Sarita Manavalan, the then provincial asked Sister Marietta to begin this ministry in February 1990. At the end of about three and a half years, she was appointed as one of the council members of the province in 1994. So she returned to Mokama and took up the responsibilities as the vocation promoter and directress of ongoing formation. In 1995, she was one of the pioneers to go to Banakal in Chickmagalur, Karnataka, to start a new mission along with Sisters Evelyn D’Souza and Hilda Lobo. After two and a half years there, she was appointed superior of our study house in Madiwala, Bangalore.

Having enough rooms in the building, a hostel for the working women was started. Gradually she developed rheumatoid arthritis, due to which she was called back to the north and was assigned to be a student counsellor at Nazareth Academy Gaya in 2002. Needing more care, she was brought to Mokama after a few months.

While in Mokama she taught English to the first-year students of Nazareth School of Nursing and also taught in formation until December 2015 in spite of being confined to a wheelchair. She continued to teach liturgy and English in the Novitiate and in the candidacy until March 2016.

As a retired SCN, Sister Marietta tried to spend her time praying, reading, and listening to the Sisters’ experiences. She would make phone calls to a number of Sisters in mission, acknowledging the good works they do in both the provinces.

True commitment to the Congregation, the Church, and the poor was important for Sister Marietta as a religious. Whatever task given to her, she did wholeheartedly. We are grateful to God for her life, her contribution in various capacities.

Until the end, Sister Marietta was conscious and was up to date with the happenings in the community and in the society at large. She was very concerned about the Sisters, their ministries, and the caregivers.

Sister Marietta, we love you and will miss your presence among us but we know that you are with your God interceding for us. May your soul rest in peace.