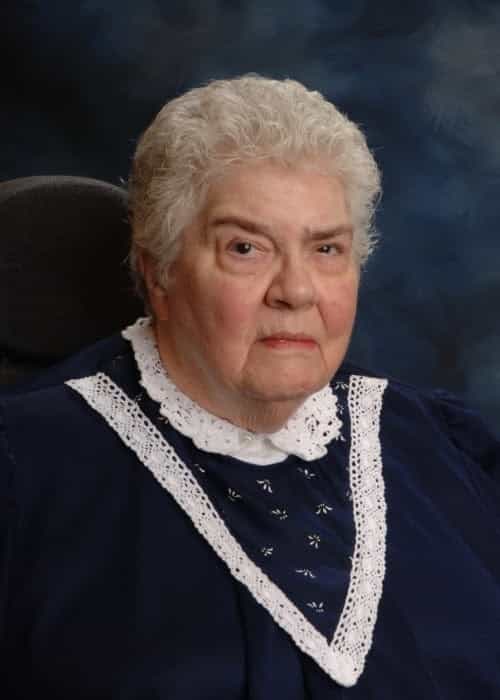 Madonna Michaels, SCN, was called to her heavenly home on Friday, March 19, at the age of 84 and in the 63rd year of her religious life. Sister entered the Congregation of the Vincentian Sisters of Charity from St. Alphonsus Church in Wexford, Pennsylvania in 1958 and transferred her vows to the Sisters of Charity of Nazareth when the Vincentians joined the Congregation in 2008.

Sister Madonna earned her Bachelor of Arts Degree in English from LaRoche University and her Master’s in Social Work from the University of Pittsburgh. Before earning her degree in Social Work, Sister Madonna taught in elementary schools in the Pittsburgh and Greensburg Dioceses and at St. Jude Educational Center in Montgomery, Alabama. Sister Madonna also served in parish ministry at St. Paul’s Cathedral. As a social worker, she served in Latrobe, Pennsylvania, and Schuyler, Nebraska, before serving as manager of Germaine Harbor for eight years and then as manager of Just-In for eight years—both high-rise apartments for the elderly in Pittsburgh, Pennsylvania.

Sister Madonna always spoke with great affection when speaking of her family, especially her parents. Her father, Joseph, was a certified carpenter. Because her father and Jesus’ foster father were both carpenters and had the same name, she felt a special link with Jesus. Throughout her life, she had a deep respect for trees and wood products.

The last years of Sister Madonna’s life were spent in prayer as she patiently suffered her illness at Vincentian Home in Pittsburgh. She died peacefully there on Friday, March 19, the feast of St. Joseph.

Sister Madonna was preceded in death by her parents, Joseph and Therese, brothers, Joseph D., Kenneth J., and her sisters, Mary Ann Dorkin, and Nancy Nolan. She is survived by her brothers, Richard and Ronald, cousin, Rev. Kris Stubna, nieces and nephews, and her religious community.

Friends and family will be received at Sacred Heart Chapel, 8200 McKnight Road, Pittsburgh, Pennsylvania on Friday, March 26, 2021, from 9-10:30 a.m. The Mass of Christian Burial will be offered in Sacred Heart Chapel at 11 a.m., followed by internment in the Sister’s cemetery on the convent grounds.