‘Let Us Witness that God is Alive’

The story of Mukta Gope

The story of Mukta Gope is one of unfortunate circumstances, perseverance, and compassion.

About 15 years ago, Mukta Gope lived with her three children (a boy and two girls) and her husband at Dakuri, Chakradapur. One day her husband got a serious illness, but they could not afford proper medical treatment and due to this, he died. The real trouble in Mukta’s life arose after her husband’s death, but somehow, she managed to live for her children.

After some years, one of her daughters died, but Mukta continued pushing forward for her surviving children. When the children were ready for marriage, she helped them to get settled. However, the fates continued to follow her. Another death happened, the death of her daughter-in-law.

At this time, villagers started to persecute her and claim witchcraft. As she faced this persecution, her only support, her son, also became paralyzed. She could not bear the torture, and finally, she sold her property and came to live in the present village named Godamdibba.

She got five decimal lands in her grandson’s name (her daughter’s son), and she tried to make a small hut, but it was falling apart. Mukta is 68 years old and cannot go for heavy work, but she was going to do the light work in nearby villages.

Mrs. Magret Anthony, one of the parishioners from Chakradapur Parish, knew of the poor old woman from her parish and requested Sister Saleth to visit Mukta Gope. So, one fine day, SCNs Paulina Kerketta and Rinzee Lepcha visited Mukta in her village, Godamdipa. It took one-and-half-hours to reach that village.

We realized that Mukta and her partially paralyzed son, Vaskara, were struggling to survive. Due to her poor health, she could not go for daily wages. The condition of her hut was very pathetic. We had hoped she would have proper land papers, but she did not. Mukta and her son came to live in the present village late after her husband’s death. 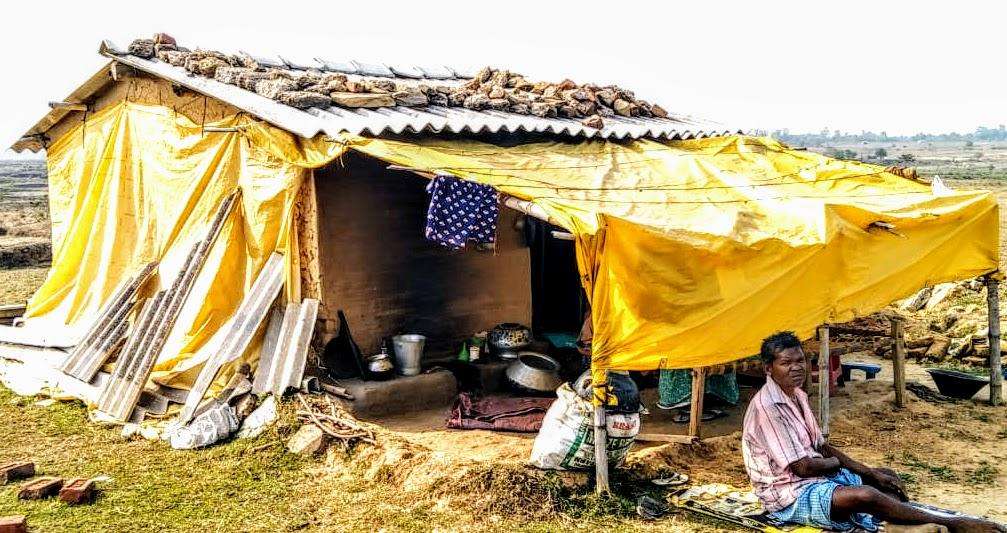 At the end of the visit, we assured her that we would help her to get an old-age pension and other social security schemes. Hence, the following day Mr. Rajesh, the field supervisor of Mahila Kalyan Kendra, was asked to visit her and get the proper information for the social security fund.

Mukta Gope belongs to Other Backward Class (OBC) and she has Scheduled Tribes (ST) land. So, we could not go for a government scheme. They have written documents, but they are not fully valid. Mahila Kalyan Kendra (MKK) began trying to get an old-age pension and a disability pension for Mukta and her son.

While these efforts continued, Sister Rinzee began to look for donors. After three months of trial, she finally got Father Walter Kongari, SJ, from Jamshedpur Province, as a benefactor who agreed to take the major expenses. The Community members were delighted to hear the good news. Unfortunately, the duo mother and son fell ill and were admitted to St. Anjela Hospital, CKP, but later recovered.

The construction of the house began on Aug. 3, but due to bad weather, it took 22 days to complete the house.

The togetherness of the community brought joy into the lives of the poor widow and her paralyzed son. At present, she rejoices in living in her new house, and for her survival, she gets an old-age pension.