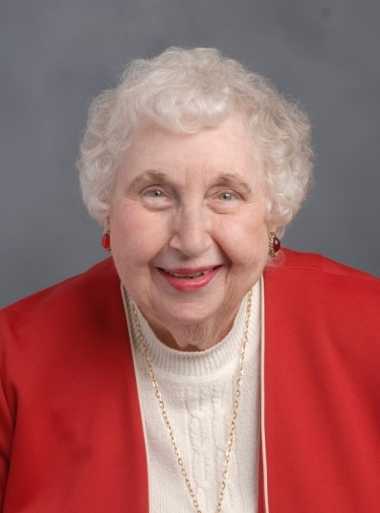 Katharine “Kitty” Hanrahan, SCN, 94, was born in Louisville, KY. She died at Nazareth Home, Louisville, KY, on Monday, December 17. She was a professed Sister of Charity of Nazareth for 71 years.

Sister Kitty served in educational ministries as a music teacher from 1947-1966 at several grade schools within the state of Kentucky. From 1970-1979 she served as a Pastoral Associate in Richmond, VA and later as Pastoral Associate for two years at St. Bernard Parish in Louisville. Sister Kitty engaged in hospitality ministry at the Catherine Spalding Retreat Center, Nazareth, from 1998-2007.

She served her SCN Community as the Director of Junior Professed from 1966-1970 and also served as Provincial for the Louisville area.

Sister Kitty is survived by her niece, Patricia Cooper Cason, of West Chester, OH, her extended family, and by her religious community.

Wake will be held on Wednesday, December 26 at 1:30 p.m. at Our Lady of Nazareth Chapel, Nazareth Home, Louisville, KY; and that evening at 6:30 p.m. at St. Vincent de Paul Church, Nazareth, KY.

The Mass of Christian Burial will be celebrated Thursday, December 27 at 10:30 a.m. at St. Vincent de Paul Church, Nazareth, KY. Burial will be in Nazareth Cemetery.