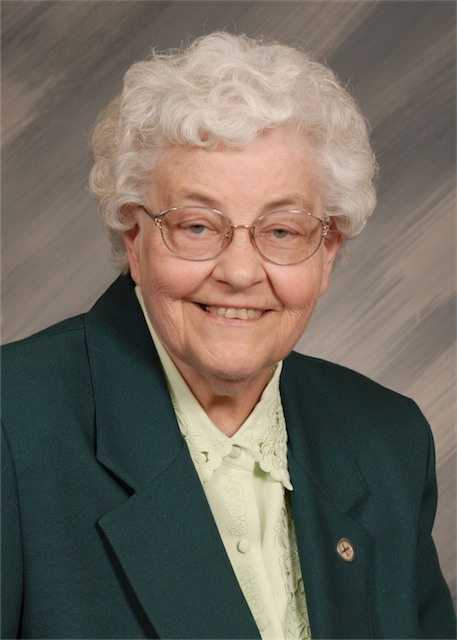 Irene Agnes Benyak, SCN, died on April 5, 2013, at St. Louise Convent in Pittsburgh, Pa., surrounded by her sisters in Community.  Sister Irene Agnes entered the Vincentian Sisters of Charity on February 2, 1951, from Holy Name of Jesus Parish in Monessen, Pa., and served as a sister for 62 years. Sister Irene Agnes attended Mt. Mercy College, now Carlow University and graduated from Duquesne University with a Bachelor of Science in Education.

Sister Irene ministered for 32 years as a teacher in Elementary Schools in the Dioceses of Pittsburgh, Pa., Greensburg, Pa., and Cape Girardeau, Mo.  She then spent 30 years residing in McKeesport, Pa., where she worked as a pastoral associate and CCD coordinator for the four parishes which were merged into what is now known as Corpus Christi Parish in McKeesport, Pa.

She is survived by her sister, Mary B. Snyder, and brother, John R. Benyak and his wife, Joan, by nieces, nephews, grand-nieces and nephews and many friends.  She is also survived by her religious community.