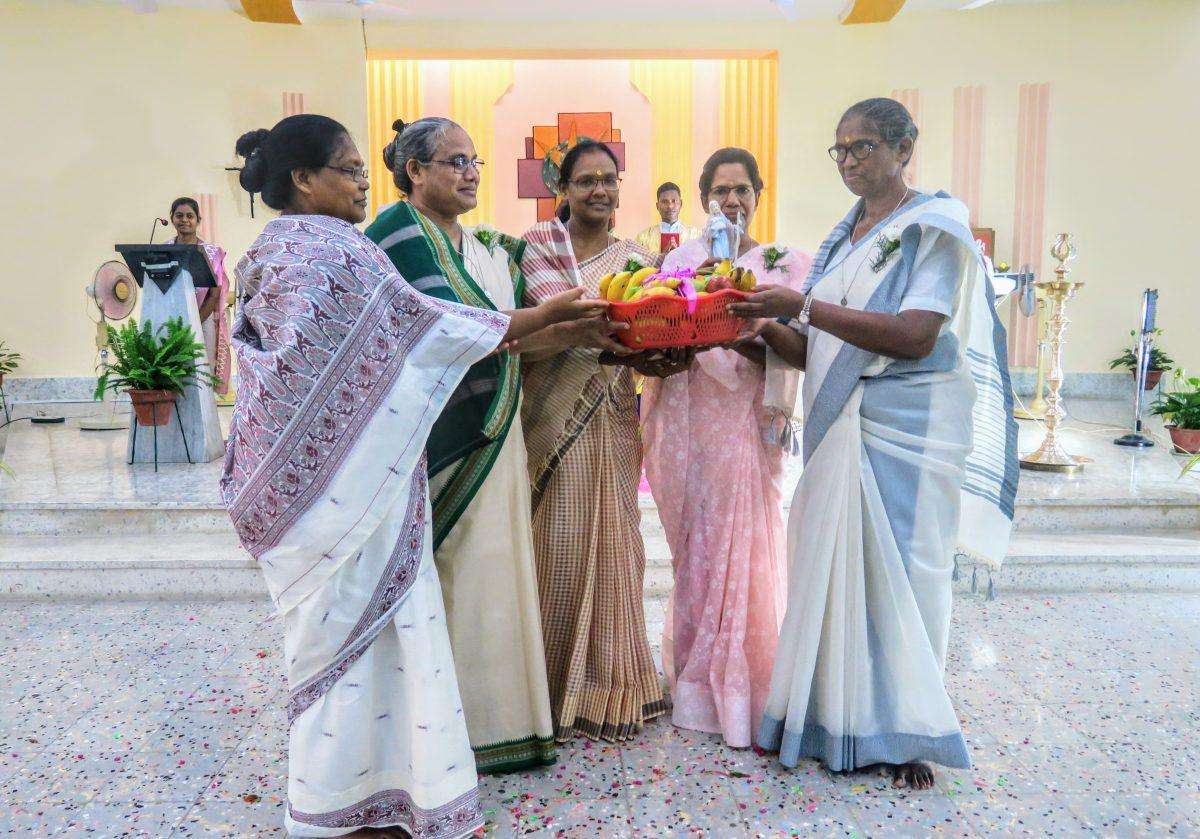 Sisters from near and far communities, Sisters of Charity of Nazareth Associates and Novices gathered together at 6:15 a.m. in the convent chapel. The new Leadership Team and Father Robert Kumar, Parish Priest of Mokama, were led to the altar with an entrance dance. During the Eucharistic Celebration, Father Robert specially prayed for Sister Latika and her team and blessed them. 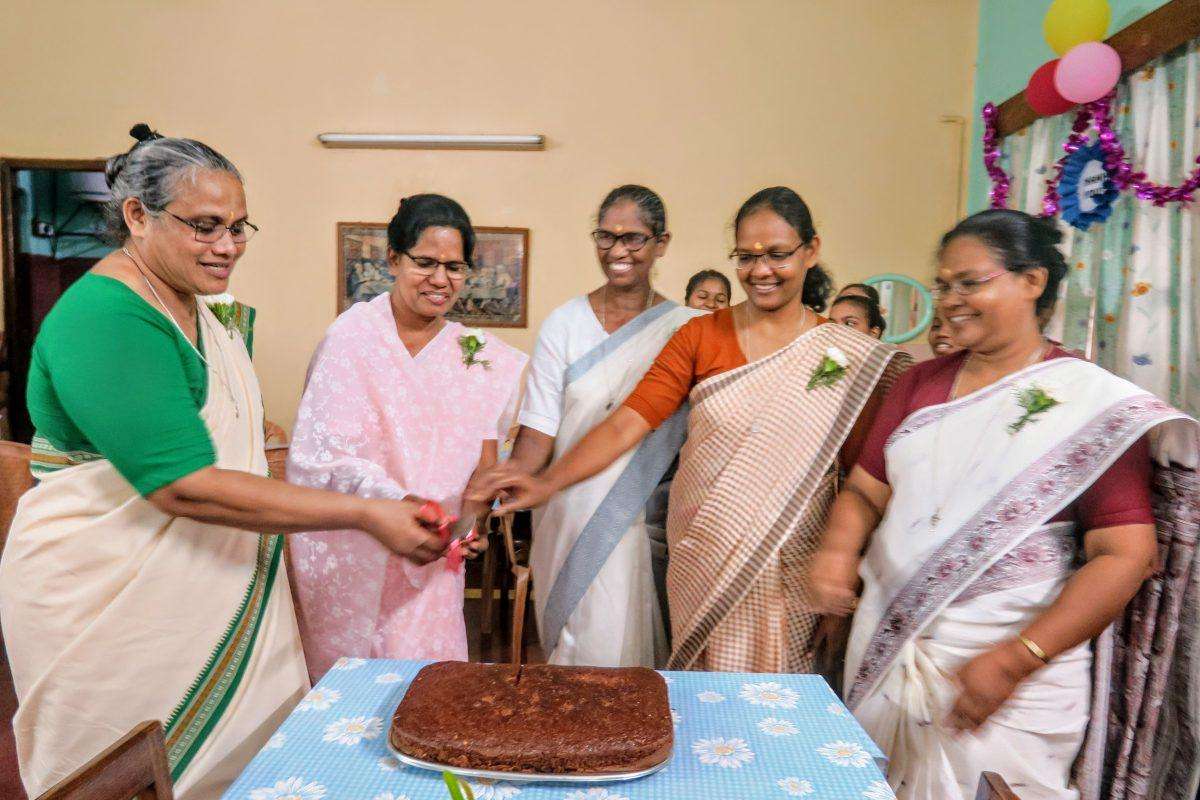 After the communion service, Sister Philo presented the statue of Good Shepherd to Sister Latika, wishing her to be a good shepherd to the Sisters. Sister Susan handed over a basket full of fruits to the new Leadership Team, wishing their ministry to be fruitful in the coming years.

We wish Sister Latika and her team a fruitful and blessed time ahead as leaders of the province.