Finding God in the Classroom 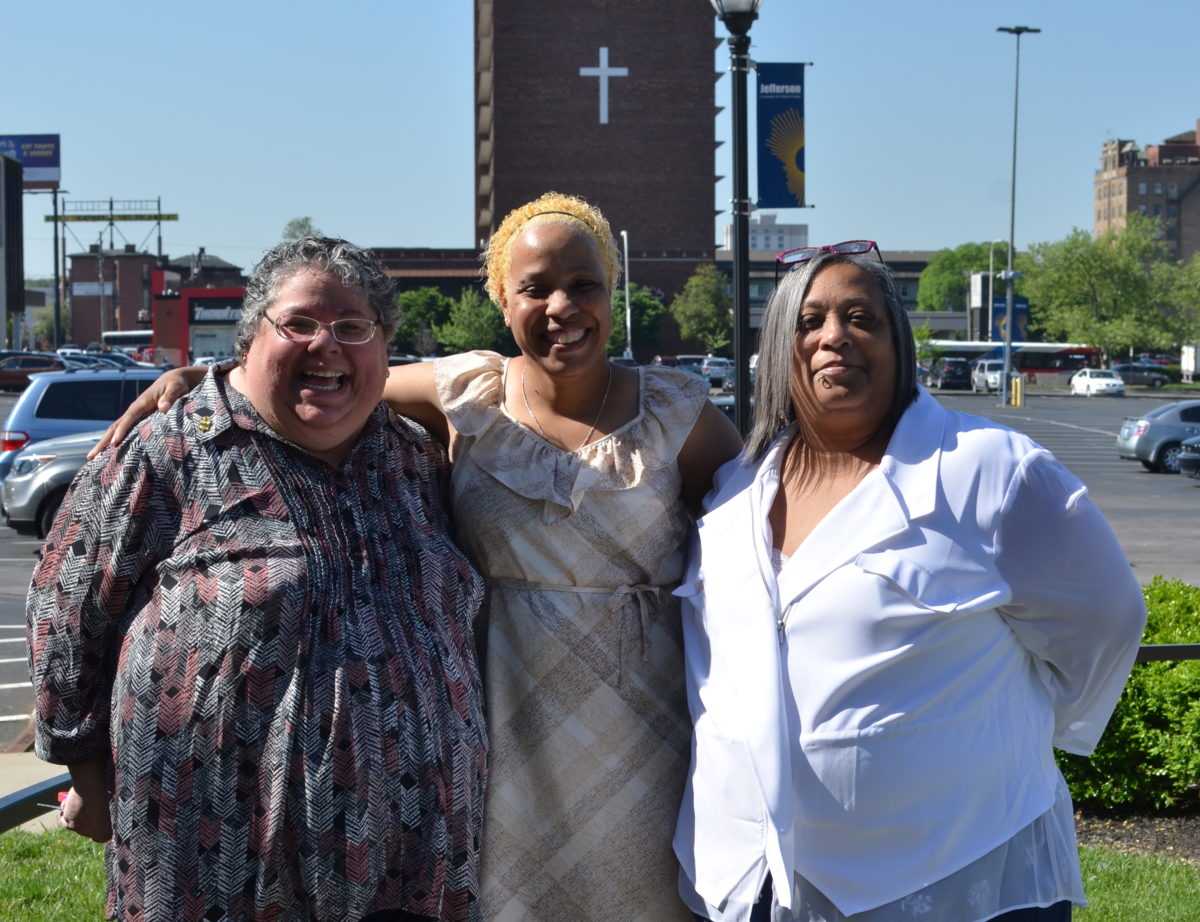 For Sister Jackie, a friendship grows from a close-knit study group.

As a licensed practical nurse for decades, Jackie Aceto, SCN, found herself drawn to care for persons with HIV and AIDS. As she came to know her patients, she saw the tremendous obstacles they face in so many aspects of their lives. A desire to even more effectively accompany people as they work to address issues of physical and mental health, housing, and difficult domestic situations, prompted Sister Jackie to return to school to pursue a degree in Social Work.

In the course of her studies, Sister Jackie met two fellow students and the three became lifelines for one another. Vickie Stone, Toesha Perry and Sister Jackie met at Jefferson Community and Technical College in Louisville, Kentucky, where the trio completed associate degrees in the spring. 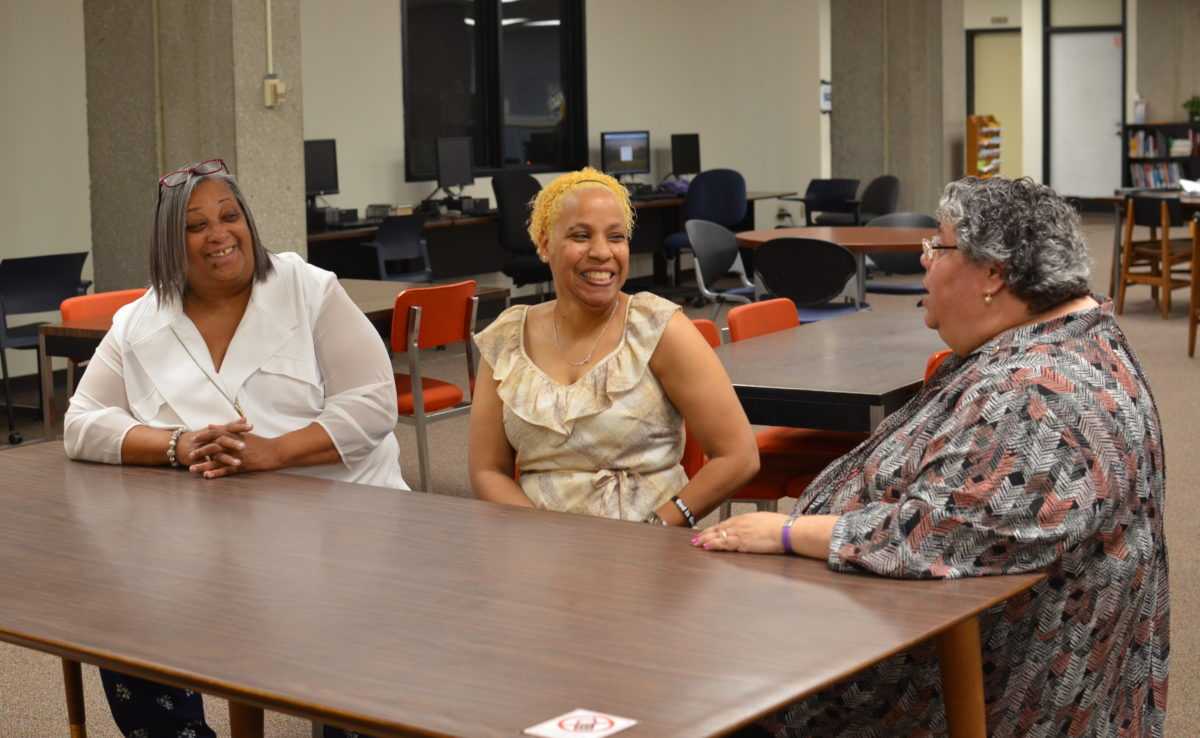 This fall, Sister Jackie and her friends step onto the University of Louisville campus to continue their studies at the Kent School of Social Work.

The women say they likely would not have made it this far had it not been for one another. Sister Jackie has felt love and acceptance from the beginning even though some students still don’t quite know what to make of a Sister being in classes with them. For Vickie and Toesha, they treat Sister Jackie like just any other student. Both say Sister Jackie goes out of her way to be there for others. “If you don’t show up (at school), I’m texting, ‘where are you?’ Are you okay?’” says Sister Jackie.

At their former college, the three nontraditional students spent many days studying on the second floor of the community college’s library. They were nicknamed the Wall Crew because their favorite place to study was at a wall of computers. “We came together, we became each other’s support…each other’s rock,” shares Toesha.

Each woman has overcome many obstacles. Not long after returning to school, Sister Jackie was diagnosed with colon cancer. And Vickie shares that she is a recovering addict, now clean for the past 10 years. She dropped out of school after sixth grade, became a teen mother, raised her kids, and after pulling herself out of addiction, she decided to earn her GED and go to college. “I didn’t want to be a nobody for the rest of my life. My legacy was not going to be she was that addict,” says Vickie. “It will be, well, she was that lady that got her bachelor’s degree… made something of herself.”

Toesha, a mother of three and breast cancer survivor of 16 years, says life got in the way of some of her early dreams. “I want much more than the cancer to define me. I want more for myself and for my kids… and to be a great role model.”

Sister Jackie has provided support to these two women and they have supported her. When Sister Jackie began treatment for cancer while juggling classes, her friends rallied around her and gave her encouragement to continue on in spite of the inevitable side effects of treatment. All three of these women say they are now more like sisters than fellow students. “I learn more from both of them that I am going to take away and build on.” Adding, “Life happens, pick yourself up…find what is going to make you happy, realize your dreams.”

Sister Jackie says the students, especially the younger ones, often turn to her after they warm up to her being a Sister. Some even lovingly describe her as “their ride or die,” a slang term that refers to someone who is there for you through thick and thin. For Sister Jackie, she sees being a student as a ministry of its own. She can be present to classmates as they struggle daily with juggling studies, jobs, and family demands. “We all share different faiths, but we have the same beliefs, the same God.” Students seeks her out, and she listens. “I have talked with students who don’t believe in God…but they have hope.”

From this circle of friendship a support system has taken root not just for one another, but for other students. It happened at the community college and now at the University of Louisville. “We are like the aunts on campus…we will tell you everything is going to be okay, and where to go to get help,” notes Toesha.

These three women are beacons of compassion and hope. Their message to others, “be willing and open to take the next step…just have the mustard seed of faith and it will propel you forward.”