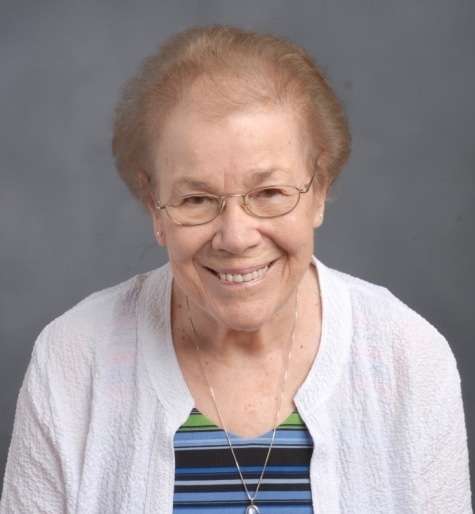 Emily Nabholz, SCN, 91, (formerly Sister Bernard Maria) a native of Conway, Arkansas, died on Oct. 8, 2019, at Flaget Hospital, Bardstown, Kentucky. She was a Sister of Charity of Nazareth for 69 years.

She earned a Bachelor of Science degree in Nursing from Nazareth College (now Spalding University) in 1954, a Master’s degree in Psychiatric Nursing from Catholic University of America in 1958, and a Doctorate in Public Health from UCLA in 1972.

In Louisville, Kentucky, she served at St. Joseph Infirmary from 1950 to 1956, and as Director of Nursing at Our Lady of Peace from 1958-1968. Our Lady of Peace was a pioneering ministry at that time as there were few options for seeking care for mental health in Louisville. After earning her Doctorate in Public Health, Sister Emily was appointed Director of Health to collaborate with SCNs who were missioned in hospitals in Arkansas, Kentucky, Ohio, and Tennessee. Following seven years as Director of Health, she was invited to serve at the Weber Retreat Center in Adrian, Michigan, where she offered retreats, spiritual direction and holistic programs.

In 1975, she was selected to take part in a three-month program in India. During this time, Sister Emily taught psychiatric nursing to students at the Nazareth School of Nursing, Mokama, India. She was also able to serve closely with her sibling, Teresa Rose Nabholz, SCN, who was the Provincial in India at the time.

In 1985, Sister Emily took office as Southern Provincial for the Congregation, encompassing twelve states and Belize. In 1987, she was elected President of the Sisters of Charity of Nazareth, and took office in 1988 for a term of five years. During this time, the Congregation was accepted into the Charity Federation. Her term in office was also marked by an even greater emphasis on becoming more international as a Congregation. Among the initiatives was an increase in exchange programs for Sisters in India, the United States, and Belize. Sister Emily also served on a number of boards.

Following her term as President, she sought certification in spiritual direction and the healing arts. From 1994 to the present, she has ministered as a Spiritual Director with offices on the Motherhouse Campus, Nazareth, Kentucky.

Sister Emily is survived by two brothers, Charles and Tom, and by many nieces and nephews, and her religious community.