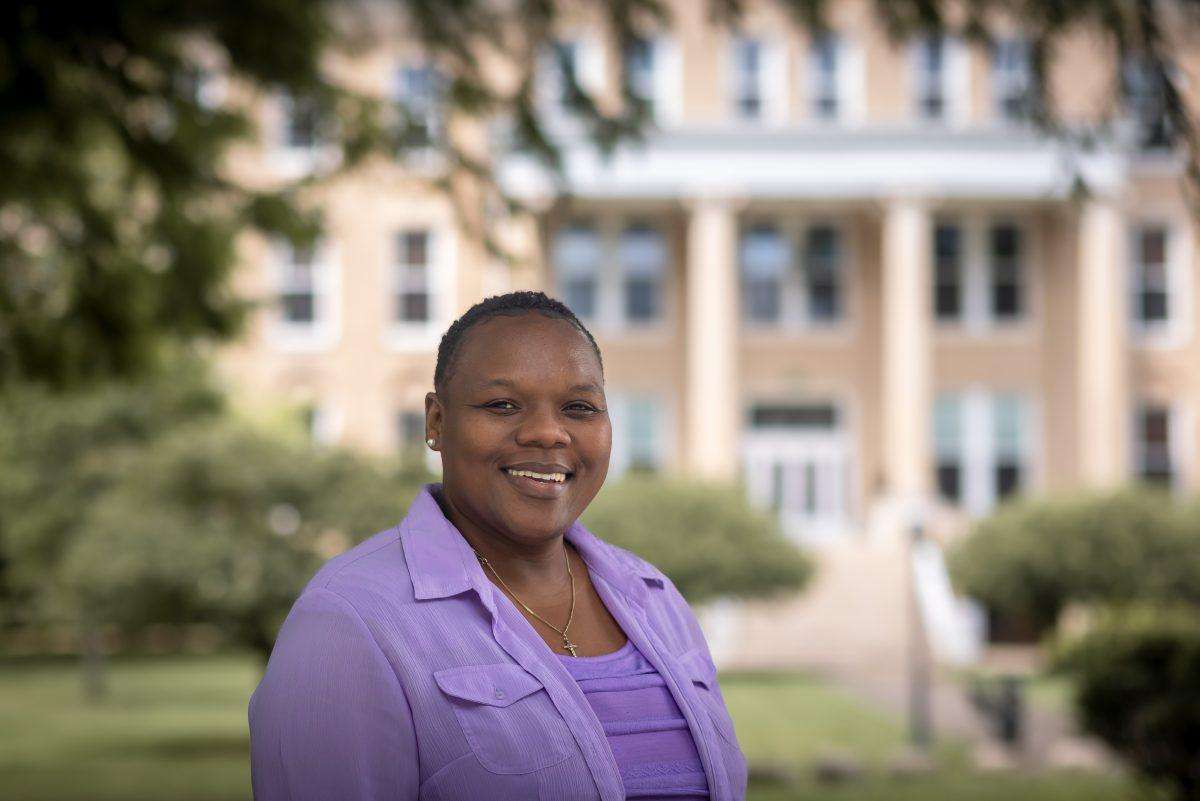 As Carlette Gentle, SCN, enters a room with her youthful smile and extroverted presence, many are surprised to learn she is a “nun.” In high school classrooms, as she talks about vocation, she is often asked by the students if she watches television, or about her wardrobe and other inquiries about her that differ from their ideas of religious life. Sister Carlette happily answers each query, ready to educate and inspire.

At 41, Sister Carlette is among the younger Sisters of Charity of Nazareth in the Western Province, but her youth and self-described “loudness” does not isolate her from her fellow Sisters. It was youthful exuberance and embracing of life from the Sisters that first attracted Carlette to the Congregation 25 years ago.

Sister Carlette grew up in Belize the youngest of five children. Her family was one that loved to cook, and Carlette spent much of her time in the kitchen, where she developed a passion for the culinary arts. She first met the Sisters of Charity of Nazareth when she was in high school as she helped prepare meals for Sisters visiting Belize.

“My godmother, who is an Associate, said, ‘you have to go help the Sisters cook,’” she said. The teenaged Carlette remembers feeling frustrated, initially, that her summer break would be spent working, but she agreed. This summer encounter would awaken in her a calling more powerful than anything else she had experienced in her young life.

As Carlette worked in the kitchen, observing the visiting Sisters, she remembers feeling shocked at just how “ordinary” they seemed. 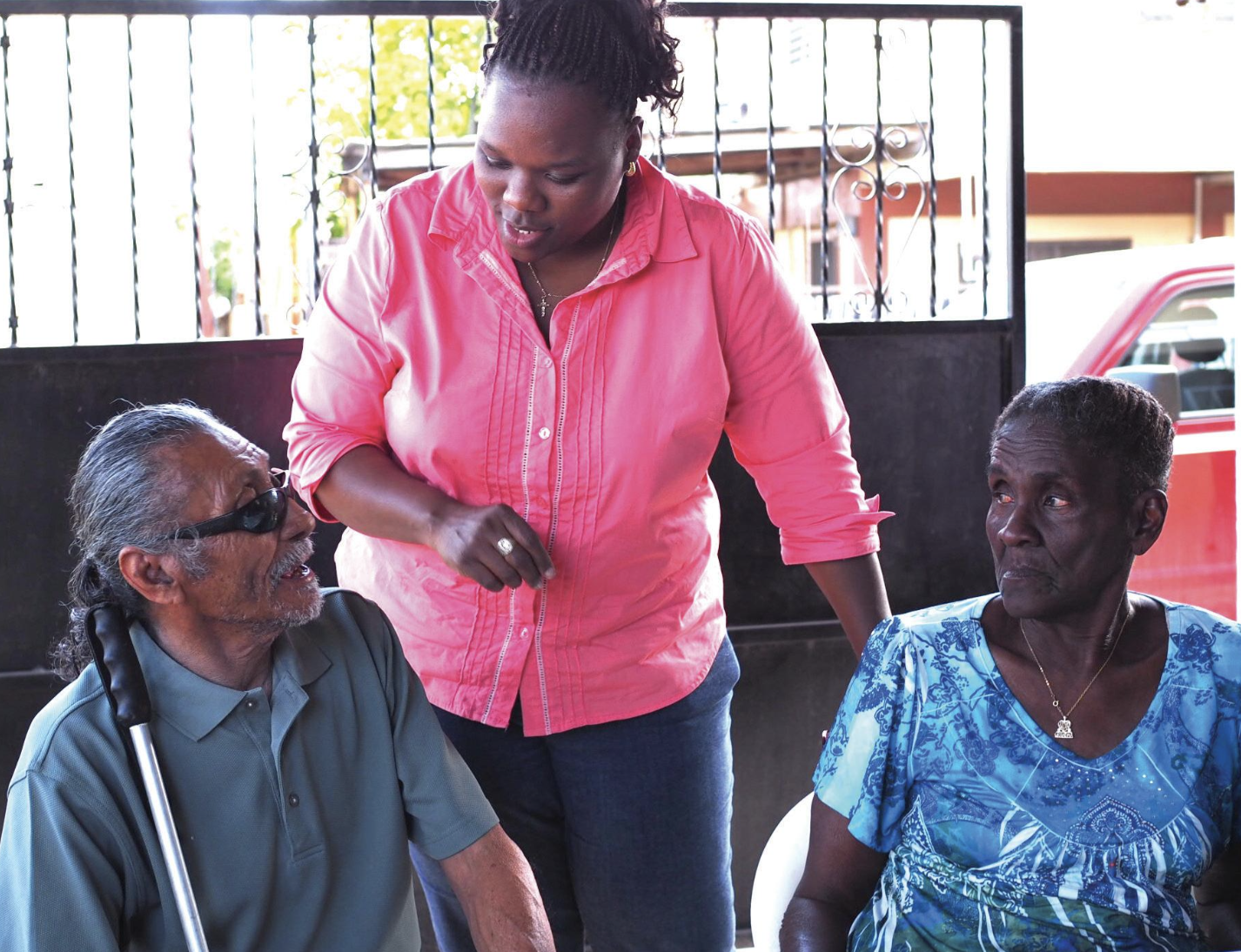 In Belize City, Carlette Gentle, SCN, helps the community with her program, Living Independently in Full Existence, or LIFE, a ministry that works diligently to meet the needs of the elderly.

“They were dancing, they were laughing, and I was so attracted to that,” she said, explaining that these women were not what she pictured when she thought of “nuns.” The young Carlette watched as the Sisters got up and danced to the beat of the Garifuna drummers, embracing the culture and the people around them with genuine joy. “I remember thinking, ‘This is what I want. This is excitement. They are happy and I want this happiness.”

As summer ended, Carlette began to ask more questions about what religious life was like through the Sisters of Charity of Nazareth. She would visit groups on retreats and share meals and celebrations with them whenever she could.

“I kept going back. I couldn’t not go back,” she said, overwhelmingly drawn to this spirit that surrounded these women. On one visit, a Sister had a T-shirt with the words, “You can be yourself and be one of us,” printed across the front. Carlette fell in love with that phrase, understanding that the Sisters would accept her for who she was.

From her second year of high school, Carlette knew she wanted to be a part of the Community. This desire was not as easily accepted by others, though. In a time and place where entering religious life at such a young age was becoming less common, Carlette’s classmates would sometimes tease her, giving her the nickname “Sister Fresh” and questioning what she might miss out on if she joined the Congregation.

“Of course, they are your best motivators,” she said of those who doubted her decision. “If you really want to do this, despite their comments, you will pursue it.”

At 17, Carlette was invited to visit the Nazareth Motherhouse Campus in Bardstown, Kentucky. It was the first time she had traveled to the United States, and she spent the summer visiting the different ministries so she could learn more about the Sisters and their work.

“Everybody was so welcoming, it was like they’d known me for years and this was the first time I was meeting them,” she said. 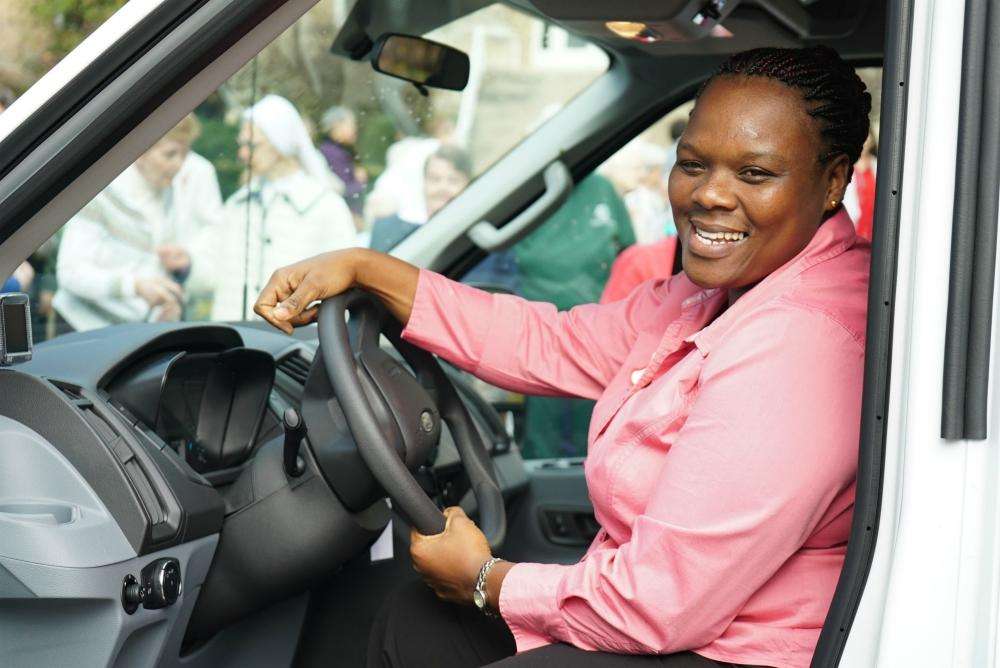 Carlette understood that in order to make the fairest decision, she had to explore life outside the Congregation. She finished college, dated, and studied hotel and catering management. At one point, she was offered a scholarship opportunity to study in Germany and potentially become a professional chef. She had gone as far as to fill out the paperwork, but something was missing that only the Sisters of Charity of Nazareth could fulfill.

“I really, really wanted to become a Sister,” she said, and she professed her perpetual vows in 2013 at the Nazareth campus.

Instead of going to Germany, Sister Carlette stayed in Belize to study social work, eventually earning a bachelor’s degree and, most recently, completing her master’s degree. She spent a lot of time in Las Flores, Belize, working with a youth group and preschool. She taught cooking classes to women there and helped out in other ways around the village.

In Belize City, Sister Carlette unlocked another passion – helping the elderly community. She helped establish Living Independently in Full Existence, or LIFE, a ministry that works diligently to meet the needs of the elderly, such as providing transportation to and from medical appointments, minor house renovations, and improving access to nutritious food, health care and other basic needs.

In addition to serving the senior citizens in Belize as director of social work for LIFE, Sister Carlette is also the associate vocation director, working with those interested in joining the Congregation.

Being in the Western Province, where the median age of a Sister is around 84, Carlette sees how the Sisters of Charity of Nazareth community is shifting. Religious life will not be the same as it is today, just as it has changed in her own time as a Sister and from when she was a wide-eyed teenager discovering the Congregation for the first time.

“It’s evolving into something new. So, how can we embrace that and look at where God is calling us to be?” she said.

She believes the Community must continue to look at ways to grow and adapt; to bring together those who want to serve God and their communities in mission and who are also impelled by the love of Christ. Sister Carlette and other younger members of the Congregation offer a unique perspective for that future. They, too, will be the link to religious life for other young women ready to embrace the calling.