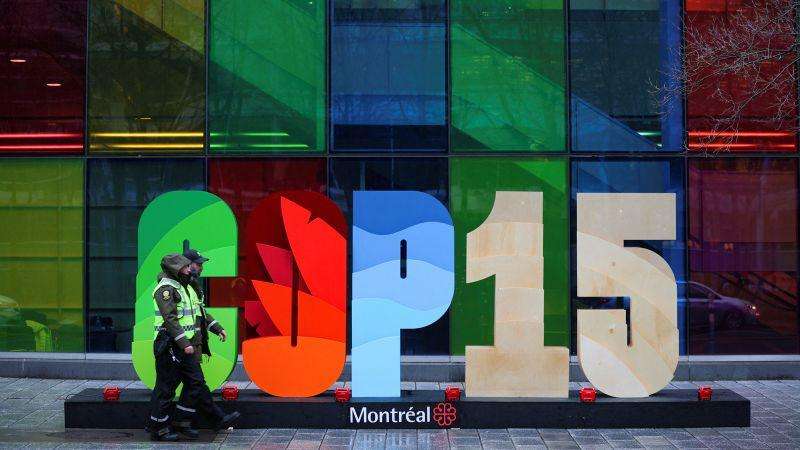 Sister Teresa Kotturan has written her final article for .famvin as UN representative for Sisters of Charity Federation. It is on COP15 an the historic landmark biodiversity agreement adopted there.

At the COP15, held in Montreal from December 7 – 19, 2022 all parties of the United Nations Convention on Biological Diversity adopted the Global Biodiversity Framework, to protect at least 30 percent of the planet’s lands and water by 2030. It is very significant in the face of declining biodiversity worldwide – almost a million plants and animals are at risk of extinction in the coming decades. This agreement, if implemented has the capacity to halt the Earth’s sixth major extinction event. It is fundamental to human well-being and a healthy planet, and economic prosperity for all people. We need this agreement to help us live in balance and in harmony with Mother Earth.

The framework is built around a theory of change which recognizes that urgent policy action is required globally, regionally and nationally to achieve sustainable development so that the drivers of undesirable change that have exasperated biodiversity loss will be reduced and/or reversed to allow for recovery of all ecosystems, to live in Harmony with Nature by 2050.

2050 Vision and 2030 Mission – The vision is a world living in harmony with nature where: “By 2050, biodiversity is valued, conserved, restored and wisely used, maintaining ecosystem services, sustaining a healthy planet and delivering benefits essential for all people.” The Mission is to “take urgent action to halt and reverse biodiversity loss to put nature on a path to recovery for the benefit of people and planet by conserving and sustainably using biodiversity, and ensuring the fair and equitable sharing of benefits from the use of genetic resources, while providing necessary means of implementation.”

Some of the highlights:

Like the Paris Agreement, this agreement is voluntary. Nobody will force governments to protect anything and there is no guarantee that individual pledges will materialize. Countries need to translate the agreed framework into national policies; it needs to become, like climate, a priority across government, not just by ministries on environment. Implementation requires responsibility and transparency as well as effective mechanisms for planning, monitoring, reporting and reviews. Effective implementation and behavioral changes for sustainable lifestyles requires communication, education and awareness on the importance of conservation and sustainable use of biodiversity and fair and equitable sharing of benefits from its utilization.

We do not have the luxury of time, just until the end of this decade to halt and reverse the dramatic loss of biodiversity – Earth’s life support system. Saving nature is as important and urgent as the climate crisis. At the adoption of the agreement, Inger Andersen, the executive director of UN environment program said: “We need to change the relationship between people and nature. And if we are honest, time is not on our side. We’ve backed nature into a corner and it’s time to ease the pressure. We also know it is a remarkable thing and nature is very forgiving. If we give it half a chance, it will come back. Let us not pause for a second. Embrace the history we have made in Montreal and let’s get down to the business of delivering the framework.”

This historic Agreement was reached by 196 countries. Two countries have not joined the UN Convention on Biological Diversity: the Vatican and the United States. Through President Bill Clinton signed the CBD treaty on behalf of the US in 1993, the Senate refused to ratify it. During the COP15 negotiations, the US remained on the sidelines. To show its commitment to nature, the US has created a special biodiversity envoy and it is supportive of protecting 30 percent of the land and oceans by 2030. The US has pledged $600 million to the Global Environmental Facility over the next four years.