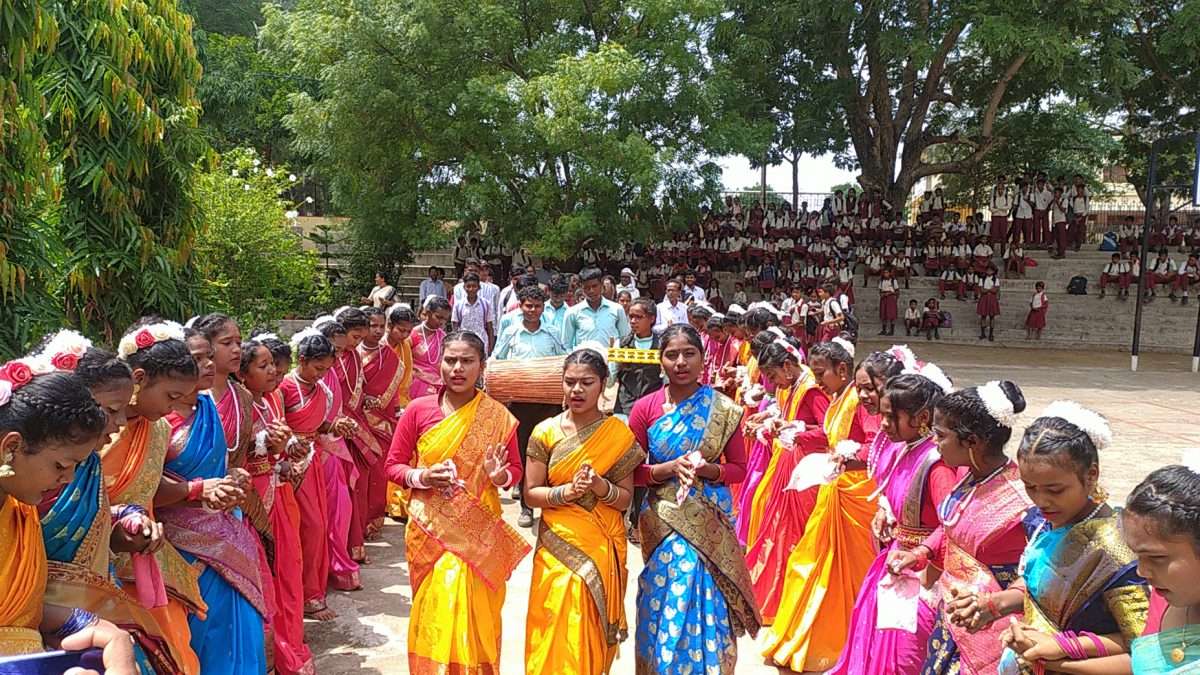 Nazareth Vidya Niketan in Chatra, India, marked July 25, 2022, as a red letter day as the school started +2 section. The day dawned with much excitement and enthusiasm in everyone’s hearts.

The inaugural function of starting +2 section was solemnly blessed by dignitaries Basanti Lakra, SCN, vice provincial of the Patna Province; newly appointed Education Coordinator Josephine Kisku, SCN; former Principal and former Education Coordinator, Marianne Puthoor, SCN; Joel Urumpil, SCN; Father Nabor Kujur, Chatra parish priest, and Sister Mukti Minj, principal of Loyola Academy. The school hall was packed with the newly admitted +2 students, their parents, teachers and students of classes 9 and 10 to witness this auspicious function. They were ushered to the hall by the NVN family to the beating of the drums and traditional tribal dance. The freshers were welcomed with an aarti and tikka by the students of class X. Thereafter, the function began with invoking God’s blessings by the lighting of the lamp by the dignitaries and a student representative. It was followed by a colorful cultural program.

The newcomers were presented with their school ID as a mark of their membership and a pen as a token of welcome. The chief guest, Sister Basanti Lakra, in her speech told them that their request for opening the educational facility for +2 is being fulfilled on this day by the Sisters of Charity of Nazareth, Patna Province. She encouraged them to make the best use of this opportunity that is being offered and to be like the salt bringing a difference in their own families and in the society. She urged them to be optimistic and diligent to make their future bright.

Sister Marianne in her speech recalled that in 1969, a seed was planted by SCN predecessors with a humble beginning, only with six students. The high school began with only 18 students in (1993) and now + 2 with 30 students in 2022. In her message, she reminded them that their dreams and wishes are being fulfilled through this school. She symbolically gave some seeds to the +2 faculties and they in turn passed on the seeds to their students as a sower planting the seeds in the well-prepared ground blessing them to bloom wherever they are planted. Sister Josephine highlighted that learning is always for the betterment of the society and needs to be passed on to others.

To mark this joyous occasion, a mango tree was planted on the school campus. On this auspicious day, the pioneer of this mission, Sister Ann Roberta, SCN, was affectionately remembered for her missionary zeal and vision. The Parents and the freshers were appreciative and happy to be part of the NVN school family.