Campaign Against Gender Violence in Nepal 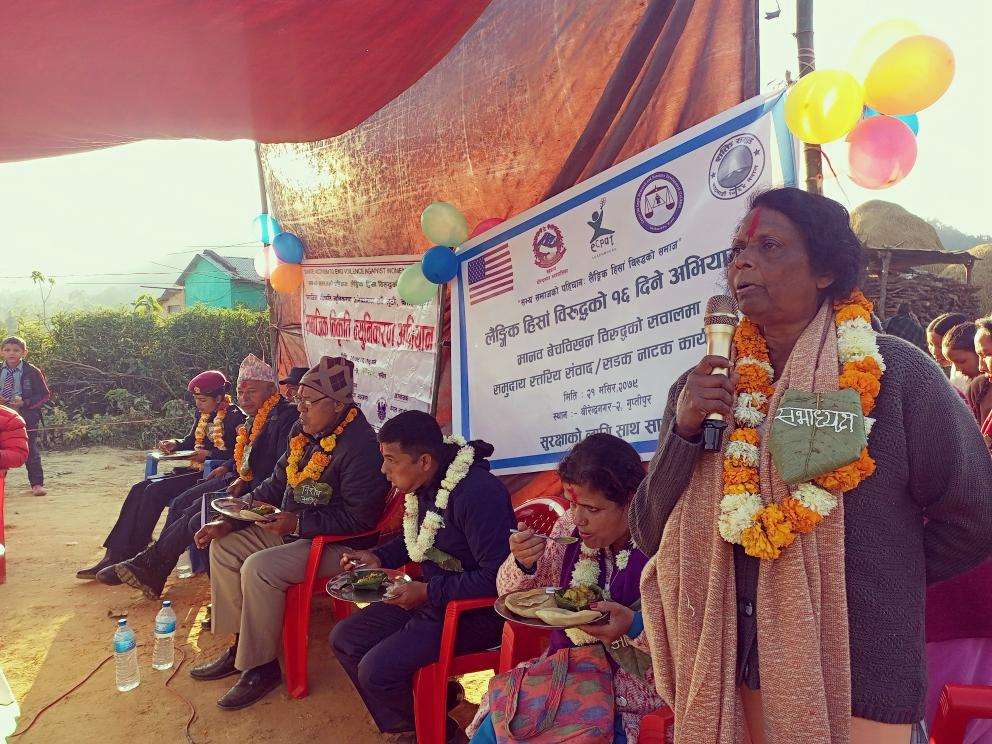 The Navjyoti Center, a ministry of the Sisters of Charity of Nazareth, organized various programs for a 16-day campaign against gender violence, which ran from Nov. 25 through Dec. 10, 2022.

During the campaign, white ribbons and stickers were distributed to participants from various organizations, and all took an oath not to commit violence, not to tolerate violence, and to oppose and report violence they encounter.

A signature campaign was organized in Birendranagar Municipality, and Rosita Kavilpurayidathil, SCN, represented Navjyoti in a study conducted by the UN Women organization regarding e-justice during the COVID-19 pandemic. Navjyoti was also present for the campaign organized at the bus park by AWAAZ organization in Surkhet to raise awareness among the transport owners and passengers regarding gender violence during travel. 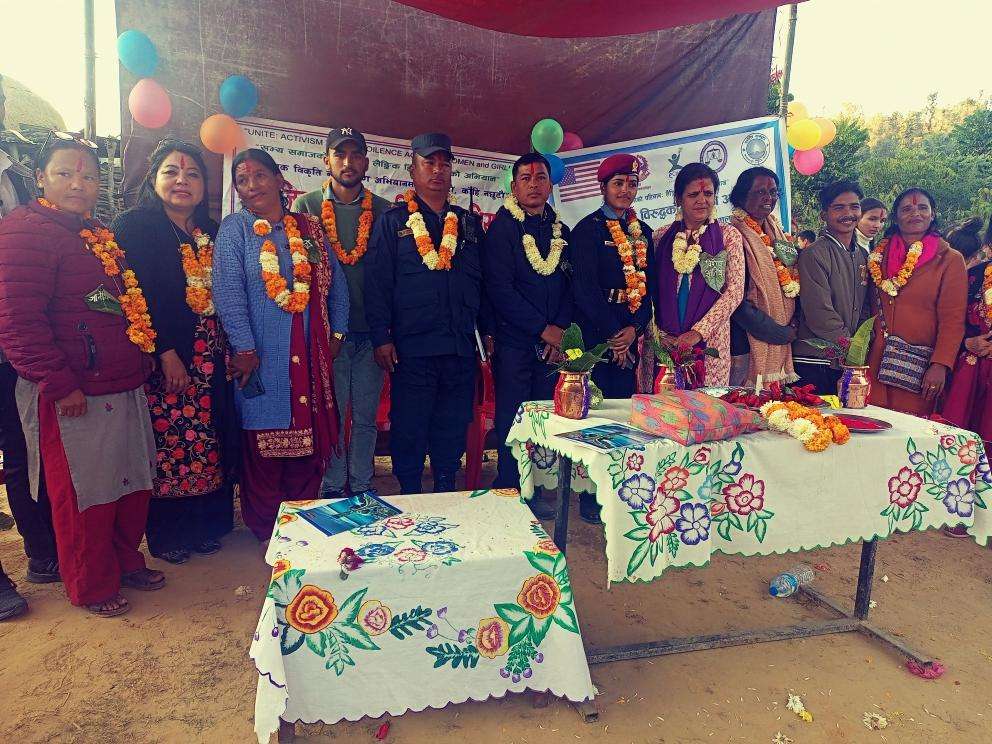 Campaign programs organized by Navjyoti Center saw successful participation. There were 215 men, women, and children present at a campaign in Srinagar Village and 152 participants in a campaign in Guptipur Village. In each place, there was a panel of seven officials from various offices such as Birendranagar Municipality, city police, women’s cell of Karnali Province, Social Development Ministry, ward office, child protection office of Karnali Province, and a senior advocate of Surkhet. These officials answered questions raised by the participants regarding the elimination of social abnormalities present in their villages.

The 16-day campaign officially concluded in Birendranagar Municipality with an interaction program including government officials, NGO representatives, political parties, and elected local representatives, where more than 100 people were present. During the program, Jamuna Rokay, one of the members of Navjyoti’s violence-affected people’s network group, shared her success story of how she got justice through Navjyoti. She got divorced with a share of property and attended auto drivers training arranged by Birendranagar Municipality under the self-employment program. She purchased an auto with the money she received at the time of her divorce and became an auto driver. Today, she earns not less than Rs. 1000 a day. Everyone clapped and encouraged her.

The program ended with the lighting of candles in front of the Municipality office with the promise to continue working for the elimination of gender violence.