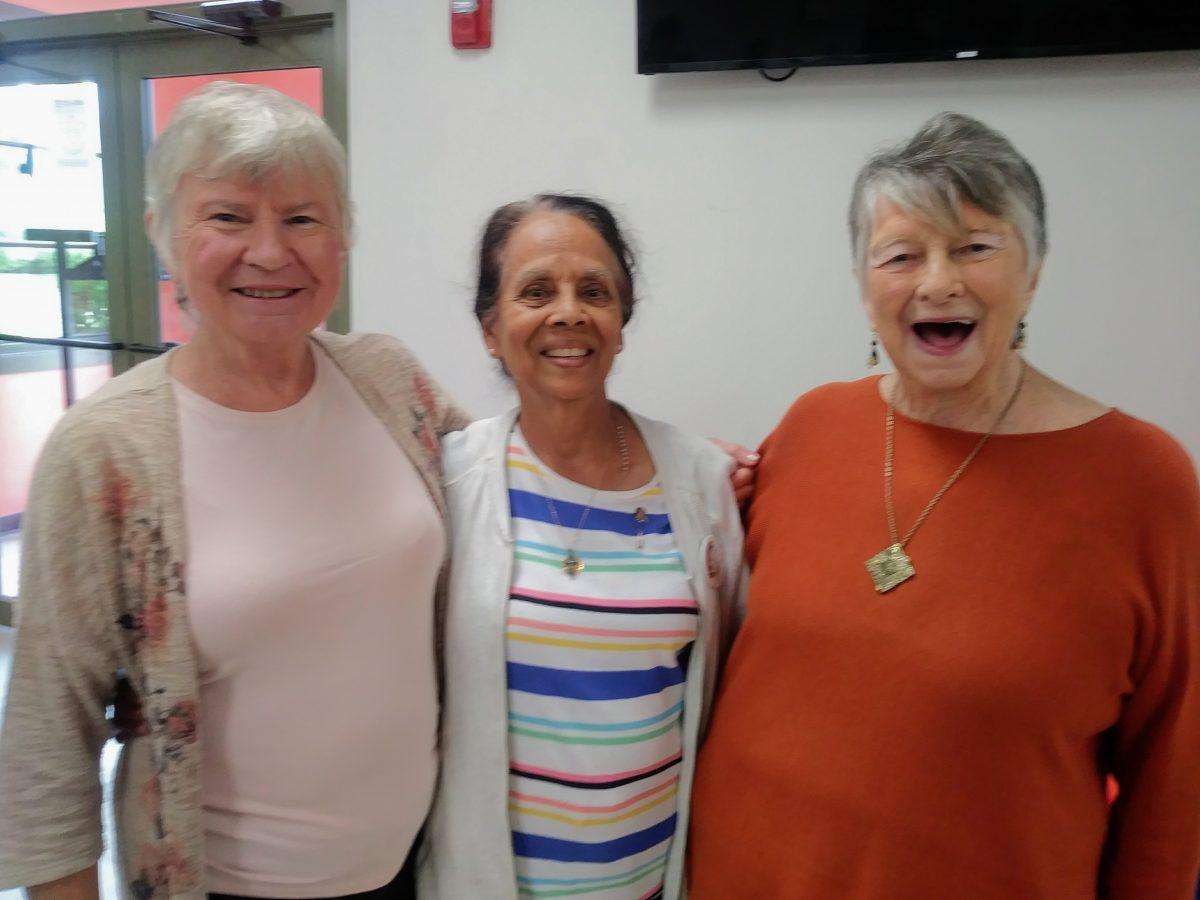 Sister Anne Marie Oshea, Mary Joseph and Sister Ann Whittaker pose for a photo together during the Women’s Day of Reflection.

SCNs Ann Whittaker and Anne Marie Oshea recently facilitated a Women’s Day of Reflection in Haverhill, Mass. The theme was: “Celebrating the gifts of women! Honoring the light within.”

Mary Joseph spent three days on the train from Kerala to get to Mokama. The Sisters are sending her a copy of Jyoti Thottam’s book, “Sisters of Mokama,” which they know she will love as it details the hospital’s history and the Sisters of Charity of Nazareth’s introduction to India.

“What a small, small world! We are so connected!” Sister Anne Marie said of the encounter.