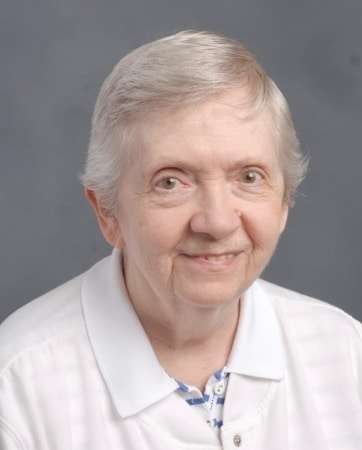 Beatrice (Bea) Ann Keller, SCN, 79, was born in Detroit, MI. She died October 31, 2019 at Nazareth Home, Louisville, KY. She was a professed Sister of Charity of Nazareth for 25 years.

Years before entering the Sisters of Charity of Nazareth, she married her high school sweetheart after graduation and raised seven children. During that time she enjoyed cooking, baking, sewing and homemaking.

In 1994, Sister Bea made first vows as a Sister of Charity of Nazareth and began her healthcare ministry after earning a nursing degree and master’s degree. As a nurse, she served at Sts. Mary and Elizabeth Hospital in Louisville and later at Nazareth Home. Sister Bea earned her doctorate in education from Spalding University and served as an instructor in the nursing program. From 2003-2009 she served as a family and community educator.

Beginning in 2009, Sister Bea moved to Nazareth, KY where she served others as a volunteer and driver.

Sister Bea is preceded in death by her sons Anthony Keller and Karl Keller. She is survived by her brother Michael B Eyl; her children, Renee C. Keller, Lynn M Bergen, Monica A Reeve, Al M Keller, and Robin M. Binkowski; her 11 grandchildren and 8 great-grandchildren; and by her religious community.

Visitation and Prayer Service will be held Wednesday, November 6, 2019 at 1:30 p.m. at Nazareth Home Chapel.