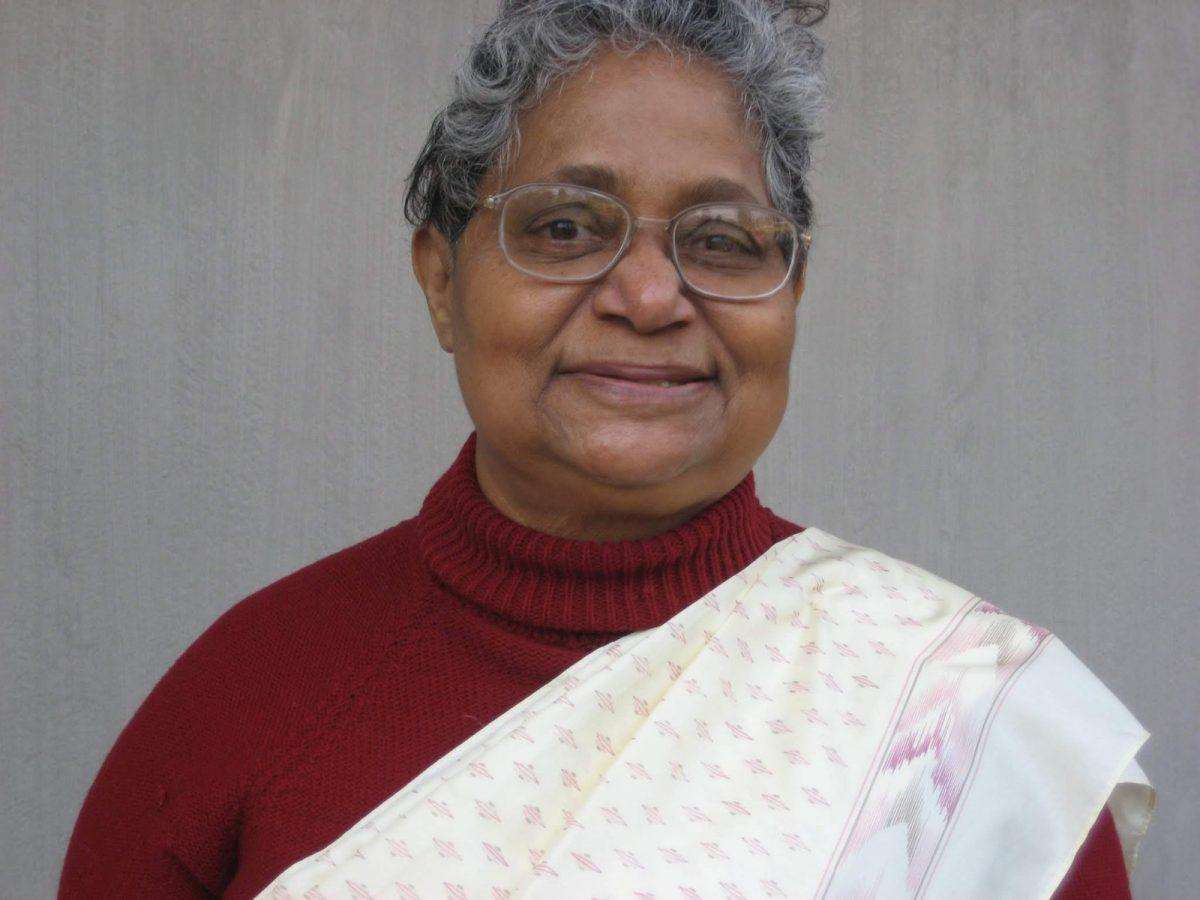 Anne Elizabeth Elampalathottyil, SCN, died on May 29, 2022, at 1. a.m. after a prolonged, age-related illness. She was 86 and a Professed Sister of Charity of Nazareth for 62 years.

Sister Anne was born to Abraham and Eley Elampalathottyil on Feb. 1, 1936, at Previthanam village, in Kottayam District, Kerala. She was the fourth child of seven children. She had five brothers and one sister. She is survived by a brother and her Sisters in SCN community.

After completing her Secondary School Leaving Certificate (SSLC) in 1956, she left for Bihar to become a missionary. Soon after reaching Mokama, she was asked to do the two-year pharmacy course conducted by Sister Crescentia Wise at Nazareth Hospital. She began her studies first because the Congregation was waiting for permission from Rome to open the novitiate in India.

Sister Anne was chosen to become postulant when the novitiate was officially opened on Feb. 2, 1957. On Dec. 8, 1957, she entered into novitiate and made her First Profession on Dec.8, 1959, and Perpetual Profession on Dec. 21, 1964. She was one of the Indian pioneers.

In 1961, along with Rose Sebastian and Bridget Kappalumakal, she did our PUC, (pre-university course) from Patna Women’s College. The following year, she was asked to go to Nazareth College in Kentucky for higher studies while staying in the juniorate.

After two-and-a-half years of life and study in the U.S., she traveled back to India by ship. After returning from the United States, she worked in the Nazareth Hospital pharmacy until her Perpetual Vows. In 1965, along with Ancilla Kozhipat, SCN, she began her studies in Medicine at St. John’s Medical College, Bangalore.

In Hammersmith Hospital, London, she did a refresher course. After returning from England, from 1976 to1984, she continued to work at Nazareth Hospital as a gynecologist and doctor. From 1985 to 2016, she served as the medical officer for the Gynaecology department. She helped many women to conceive after long years of marriage and to lead a happy family life. It was one of the most rewarding experiences in her life. In an interview, she said, “I felt extremely joyful to see God’s mystery unfolding in human life. I must have conducted close to 50,000 deliveries over the 41 years of service at the hospital.” In 1978, she had a spiritual renewal for three months in Bangalore.

One among the four Indian pioneer Sisters, Sister Anne celebrated her Silver Jubilee in 1984, Golden Jubilee in December 2009 and Diamond Jubilee in October 2019 in Mokama.

Though Sister Anne resigned as a resident doctor in June 2012, she kept attending to the outpatients until 2014. After a fall in December 2014 and subsequent weakness, she stopped seeing the patients at the outpatient department. In February 2015, Sister Anne moved to Nazareth Convent as a resident at Shalom and began her prayer ministry. She attended daily Mass, community prayers and participated in the daily activities of the community. She made sure to attend all the province meetings as well as all the functions held in Mokama.

Sister Anne said, “The most motivating factor that kept me going as a young Sister was my faithfulness and commitment to God, who called me to take up Jesus’ healing ministry as my profession. My best contribution to the community was my life itself. I feel that I have been a role model to the young members of the community. I have generously shared my skills, gifts and blessings with all. My only hope and dream for the province is that many more young women may volunteer to commit their life to God in serving the people, especially the poor and the marginalized”.

Her theme song in life has been, “Yahweh’s love will last forever, God’s faithfulness until the end of time, and Yahweh is a faithful God…”

When Sister Anne was active, everyone in the province and her non-SCN friends received a birthday card from her on their birthday. I remember Sister Anne as a loving, caring, committed, community-minded, person-oriented and prayerful person. She kept up with all of us, especially writing to us on our birthdays. She has touched many through her healing ministry. It was really hard for her to stop working in the hospital.

As we bid a tearful farewell to you, Sister Anne, we will miss your physical presence among us. We believe that you will continue to intercede for us from above.