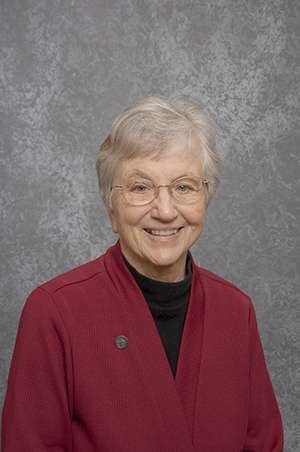 Sister Ann’s early ministries were in education. She taught kindergarten and first grade and was a music teacher to primary grades. She taught seventh grade at St. Lawrence in Louisville. She earned her undergraduate degree in education from Spalding University in Louisville and her master’s in guidance from Michigan State. She then attended Aquinas Institute of Theology in Dubuque, Iowa, for the Formation Director Program, and served in the novitiate at Nazareth from 1972 to 1976.

Following a year-long sabbatical, Sister Ann served her religious community as assistant provincial. She later was the assistant coordinator at Nazareth Home in Louisville. From 1999 to 2002 she was the associate regional for the U.S. southern region of the Sisters of Charity of Nazareth Congregation. After several months of study and orientation in Mokama, India, Sister Ann served as a counselor and in pastoral ministry in Kathmandu, Nepal. Sister Ann later served in Belize in parish ministry and as the vocations director in Belize.

Sister Ann served in health care as vice president of mission in London, Kentucky at Marymount Hospital; as Appalachian outreach counselor at St. Joseph Hospital in Lexington, Kentucky; and as a chaplain at Flaget Hospital in Bardstown, Kentucky.

She is survived by her sister, Mary Joyce Kernen, SCN; by her extended family, and by her religious community, the Sisters of Charity of Nazareth.